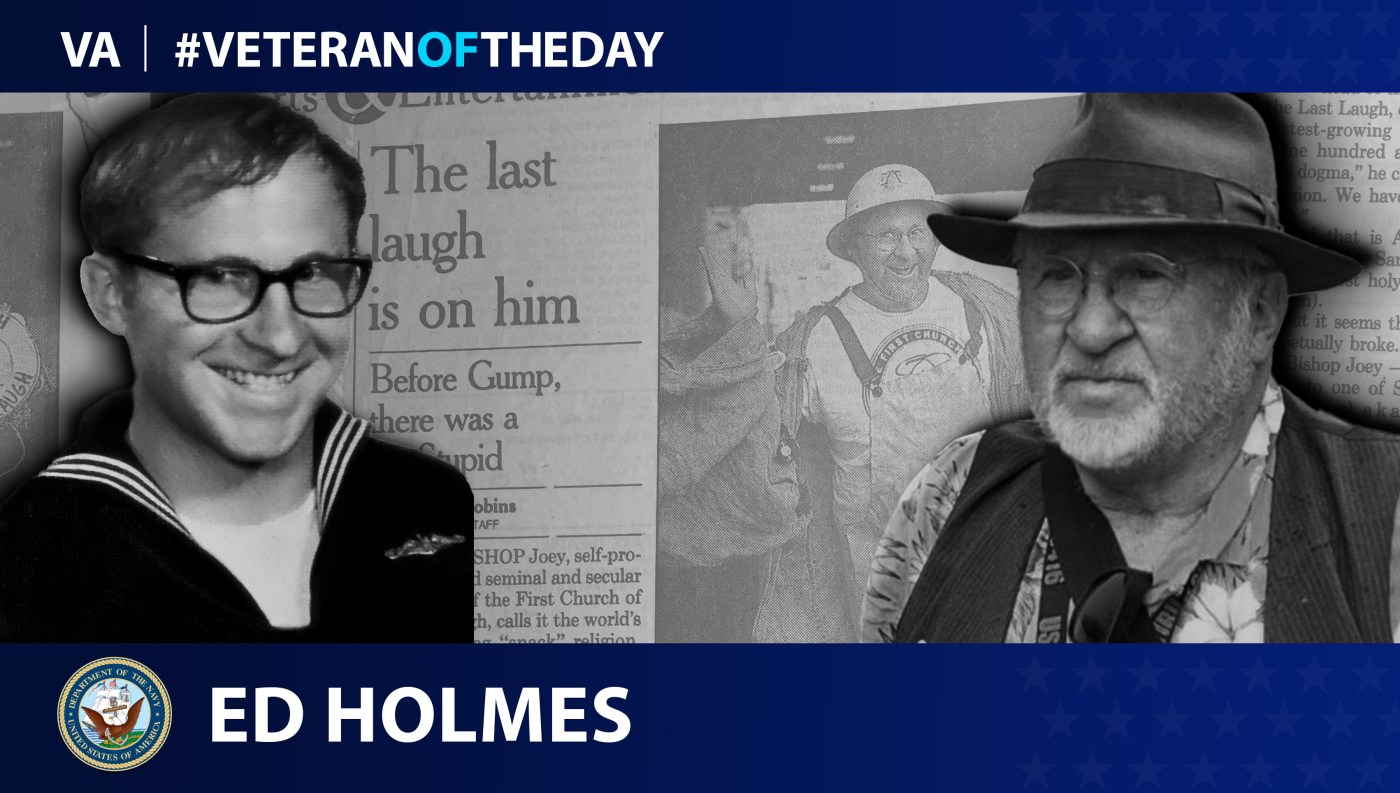 Today’s #VeteranOfTheDay is Navy Veteran Ed Holmes, who served as a steam mechanic on a nuclear submarine during the Vietnam War.

Ed Holmes was born and raised in East Cleveland, Ohio, on the shores of Lake Erie. Holmes had a love of the sea, reading books such as Moby Dick and knowing names of different types of sailing boats. One time, he was out throwing rocks at seagulls while his uncle and father were fishing. On the water, a giant ore-boat appeared. These vessels transported massive amounts of cargo across Lake Erie, and as the boat disappeared, Holmes asked his father where it went. His father promptly responded, “Oh, well, that goes over the horizon for great adventures.” Ever since then, Holmes wanted to travel over the horizon and look for grand adventures.

Growing up, Holmes did not know what he wanted to do with his life. He held a couple jobs in Cleveland, such as working in factories and other hard labor jobs. In 1964, the Army drafted Holmes, to which his father said, “No, you don’t want to be in the Army.” With no alternatives, Holmes went to the Navy and enlisted for four years, wanting to see the world and to travel.

Holmes left the Navy with the rank of petty officer second class. The advice he gives for those wishing to join the service is, “Keep your head down and your spirits up!” His biggest takeaway from his time in the Navy was the sense of duty and why the military as a whole existed.

When he finished his service, Holmes used his GI Bill. Moving to the Bay Area and signing up for college, he acquired a bachelor’s degree in theater art from Cal State Hayward and a master’s degree in dance from Mills College. For the next 50 years, he was a mime named Laney JC. Holmes was also a part-time actor, serving in various small roles in the industry. He appeared in the film “Too Big to Fail,” released in 2011.