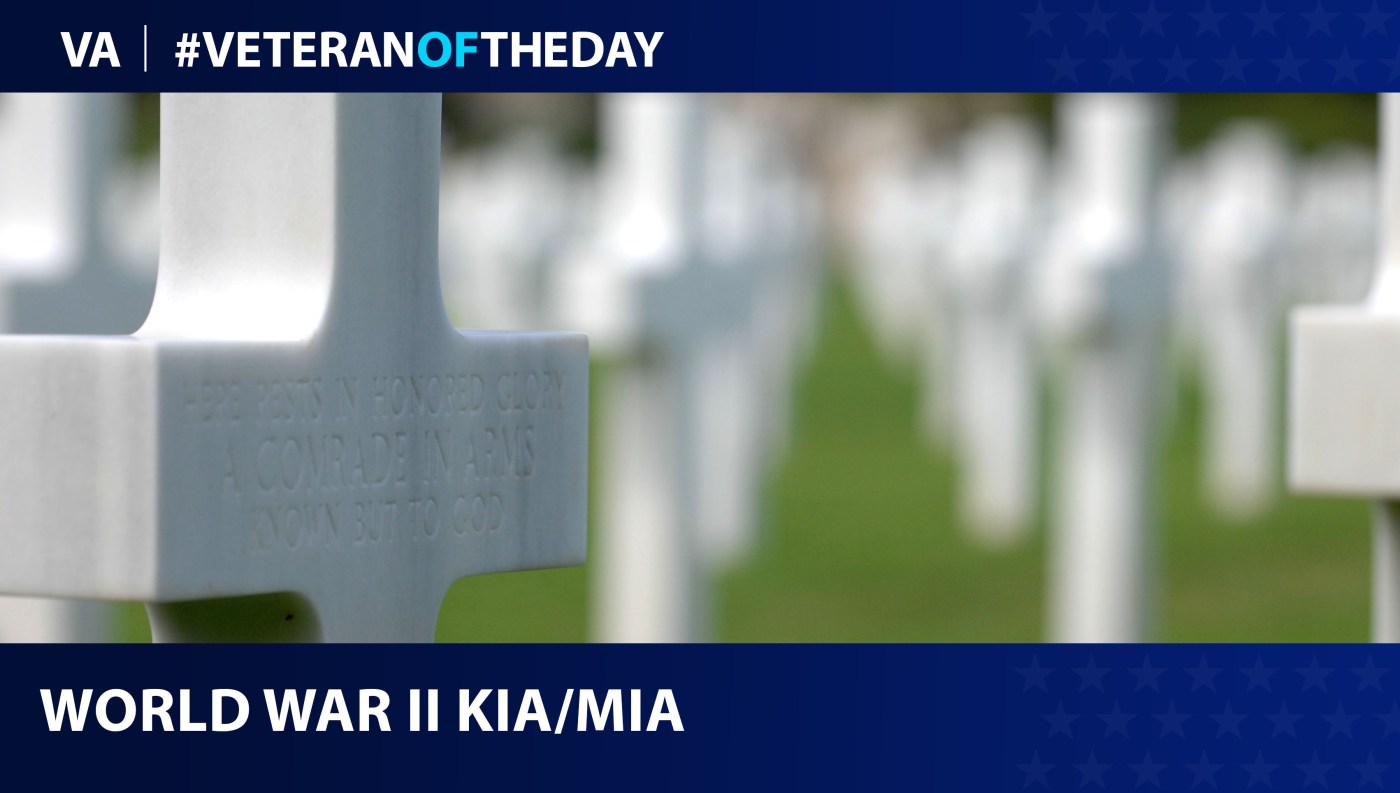 On this Memorial Day, today’s #VeteranoftheDay is dedicated to the Americans killed in action and missing in action during World War II.

In 1971, Congress established Memorial Day as a national holiday to honor more than 1.1 million Americans who died fighting in wars for the U.S. On Memorial Day in 2004, the World War II Memorial in Washington, D.C., opened in dedication to these Veterans. The memorial has the names of all states. There are 4,048 gold stars with every star representing 100 American lives lost.

Following World War II, 79,000 Americans were missing in action or unaccounted for from various locations such as on battlefields, in temporary graves, lost at sea or at the sites of aircraft crashes. The U.S. Army created the Grave Registration Service following World War I. The program, with 13,000 employees, opened again as “The Return of the World War II Dead Program.” Central Identification Laboratories identified recovered remains. They then assisted in burial according to the requests of their next of kin. Over 280,000 remains of World War II individuals were either confirmed or identified through this program from 1947 to 1951.

Of the 16 million Americans who served during World War II, 405,399 Americans died. This number includes the 72,000 Americans that still remain unaccounted for. There are only 325,574 World War II Veterans still alive today.

The Defense Prisoner of War/ Missing Personnel Office created a database and plan of action to research missing World War II personnel. They continue to search for those still missing from World War II.

The Defense Prisoner of War (POW)/MIA Accounting Agency records the service personnel by state of those not recovered following World War II in the World War II POW/MIA list.