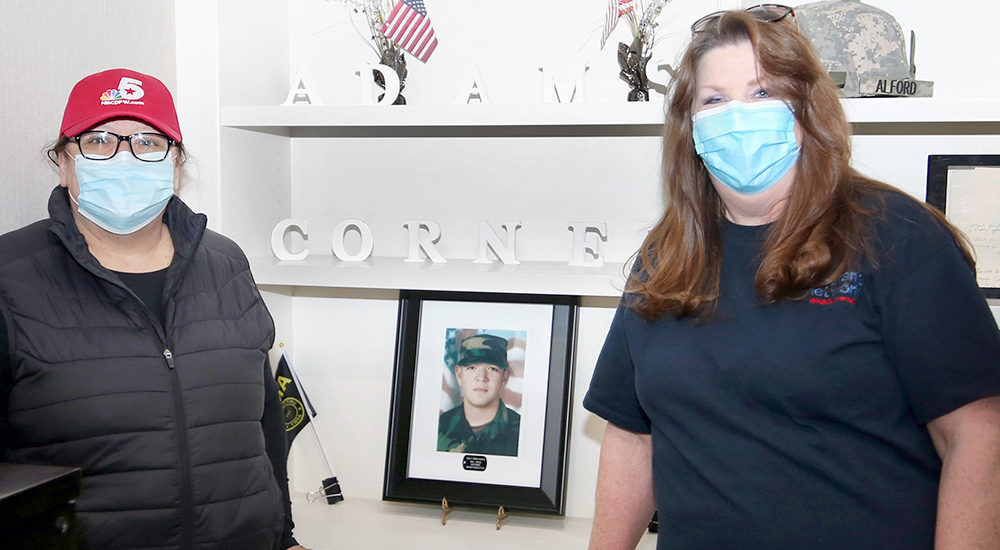 After watching the events of September 11, 2001, unfold, a then 16-year-old Adam Garcia felt a calling to protect his country. Two years later, this calling would lead him to enlist in the U.S. Army and follow a legacy of service uniquely known to the Garcia family.

“After his time in the military, Adam wanted to become a police officer like his father,” said Cynthia Garcia, Adam’s mother.

With a career in life enforcement in mind, Adam reported to the snowy grounds of Fort Drum, New York, home of the 10th Mountain Division, a light infantry contingent that can be on the ground almost anywhere in the world within a few days.

In Garcia’s case, the call to pick and move would come with a year-long deployment to Iraq and Operation Iraqi Freedom in August 2005.

During a December 2005 mid-tour visit home to Texas, Garcia shared his experience with family and friends.

“I asked him what the war was like and if he was scared,” said Cynthia. “Adam said he wasn’t afraid of being at war. He said he was afraid that people wouldn’t remember him.”

After that conversation, Cynthia promised Adam she would never let that happen.

On May 22, 2006, Cynthia received a phone call that no mother wants to receive: Her son had been severely injured on the battlefield and was being airlifted to Landstuhl, Germany.

“We flew out to Germany not knowing where we were going to stay,” said Cynthia. “At that moment, it didn’t really matter – we could have been sleeping on the hospital floor. I just wanted to get to Adam. Thankfully, we were able to stay at the Fisher House.”

Since 1990, the Fisher House Foundation has served more than 335,000 families. It provided over 8 million days of lodging. It also saved families more than $407 million in lodging and transportation at military bases and VA medical centers.

Within days, Garcia was moved to the National Naval Medical Center in Bethesda, Maryland, for further treatment.

Killed in Baghdad, not yet 21

On May 27, 2006, Specialist Adam Garcia died from injuries sustained when his convoy came under small-arms fire in Baghdad. He was not yet 21.

Fulfilling a promise made to her son, Cynthia became involved with the Fisher House located on the grounds of the Dallas VA Medical Center. She was determined to help those like her who found comfort in a time of great need.

In 2017, while working as an assignment editor for NBC 5 and Telemundo 39 in Dallas, Cynthia asked if she could drop off some donations that her team had collected.

“When we were staying at the Fisher House in Bethesda, Danielle, my 12-year-old daughter, said there wasn’t enough for her to do,” recalled Cynthia. “I suggested that we take the donations and make a corner, inside the Fisher House, where children could just be children.”

The VA North Texas Fisher House agreed. It offered the Garcia family a 10-foot by 10-foot corner inside the Fisher House. Thus, Adam’s Corner was born from a mother’s love and a soldier’s dream of meaningful service.

“Fisher House is here to take care of the family while the Veteran gets care in the hospital,” said Jeffrey Alford, the VA North Texas Fisher House program specialist. “Cynthia and her team outfitted the corner with a mat, beanbag chairs, children’s books, shelves and a picture of Adam.”

Pictured above, Cynthia Garcia (left) and volunteer Martha Stallard with a picture of Adam Garcia.

Four years after the corner was dedicated in Dallas, others became possible at Fisher Houses across the U.S. Cynthia continues to open and modernize through donations.

Through never-ending love and a continued involvement with the Fisher House, the Gold Star mother is fulfilling the promise she made her son in 2005.

“I told him I would make sure his service was never forgotten. It is because of him that we continue to do this.”