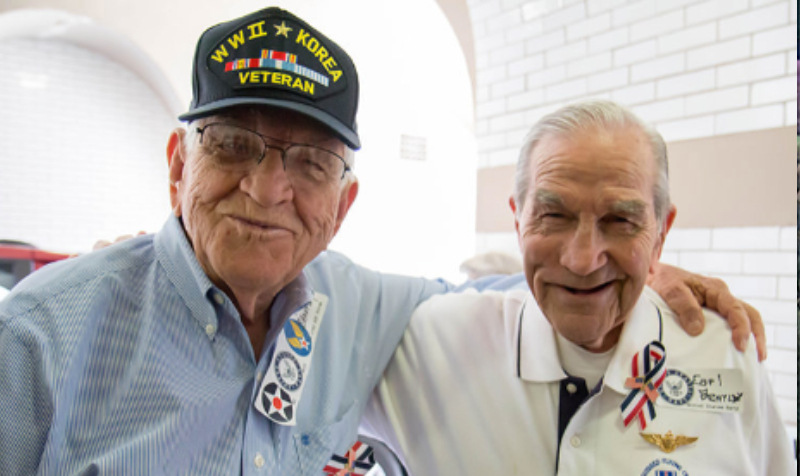 VA’s Veterans Experience Action Center (V-VEAC) began four years ago as a way to proactively assist Veterans, family members, caregivers and survivors with a one-stop resource for all their needs, including VA benefits and health care.

VA worked with the Arkansas Department of Veterans Affairs, United Way 211, and other community partners to host the latest Veterans Experience Action Center (V-VEAC) in Arkansas, April 6-8, 2021. This event provided immediate action on the needs of 657 Veterans. Of note, 177 of these were female Veterans, an often underserved population. The number of female Veteran participants is especially significant as females only make up 7.9% of Arkansas Veterans, yet 26.9% of registered V-VEAC participants were female Veterans. Veterans of all branches of the service participated in this event, as well as Veterans from all eras of service from 1940 right up to those still serving and soon to join the Veteran ranks.

Of the six VA Virtual Veterans Experience Action Centers held to date, Arkansas set a new record for the highest number of Veterans served while also having the smallest Veteran population compared to other states.

Other highlights worth mentioning include:

What Veterans are saying about the V-VEACs

Veteran John Anderson said, “I have never felt so good when dealing with VA as I have today with you folks. I give you folks a big fat A – You’ve made me feel like I was appreciated and wanted.”

And finally, a Veteran named James Milner shared, “I’ve been dealing with VA for over 30 years, and this is the best service I’ve ever received.”

This innovative partnership between VA, the state government and partners, county Veteran service officers, Community Veteran Engagement Boards, and other community partners continues to grow, mature and improve the lives of Veterans, family members, caregivers and survivors. More V-VEACs are being planned in the future.