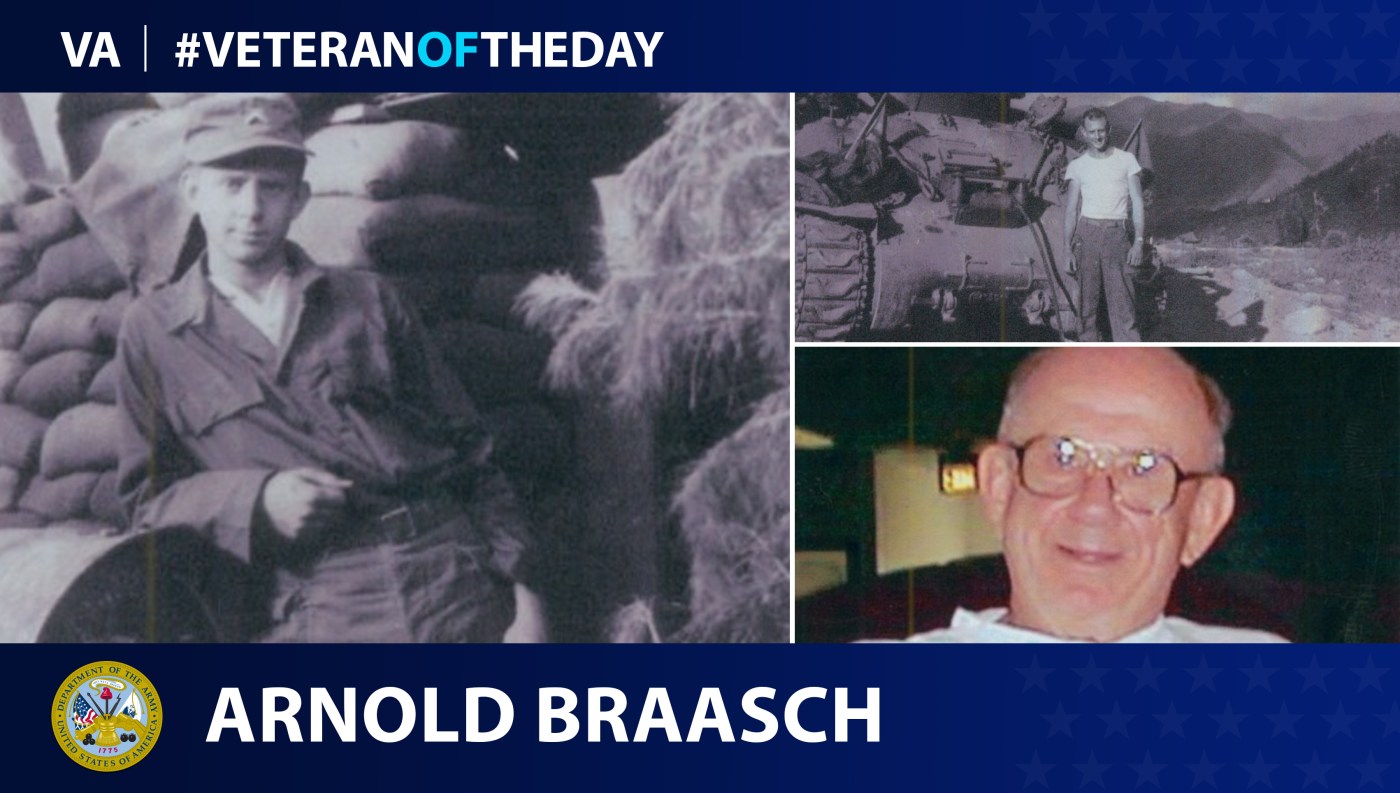 Today’s #VeteranOfTheDay is Army Veteran Arnold J. Braasch. who served as an artificer with the 25th Division during the Korean War.

The Army drafted Arnold Braasch while he was living in Chicago, Illinois. He completed eight weeks of basic training at Fort Knox and then eight weeks of armored tank training. He was then designated as an artificer, or arms repairman, and completed an additional ten weeks of schooling at the Army armor school.

After taking a two-week furlough, Braasch boarded a troop ship to Pusan, Korea. Once in Pusan, he served with the 89th Tank Battalion of the 25th Division, a service unit tasked with replacing other tanks on the main line. One of Braasch’s most memorable assignments was near Heartbreak Ridge. He served as a repairman while there. After spending one year in Korea, he returned to the U.S. on July 27, 1953.

Braasch left the Army in 1953 and returned to Chicago, where he became involved with the Veterans of Foreign Wars and the American Legion.