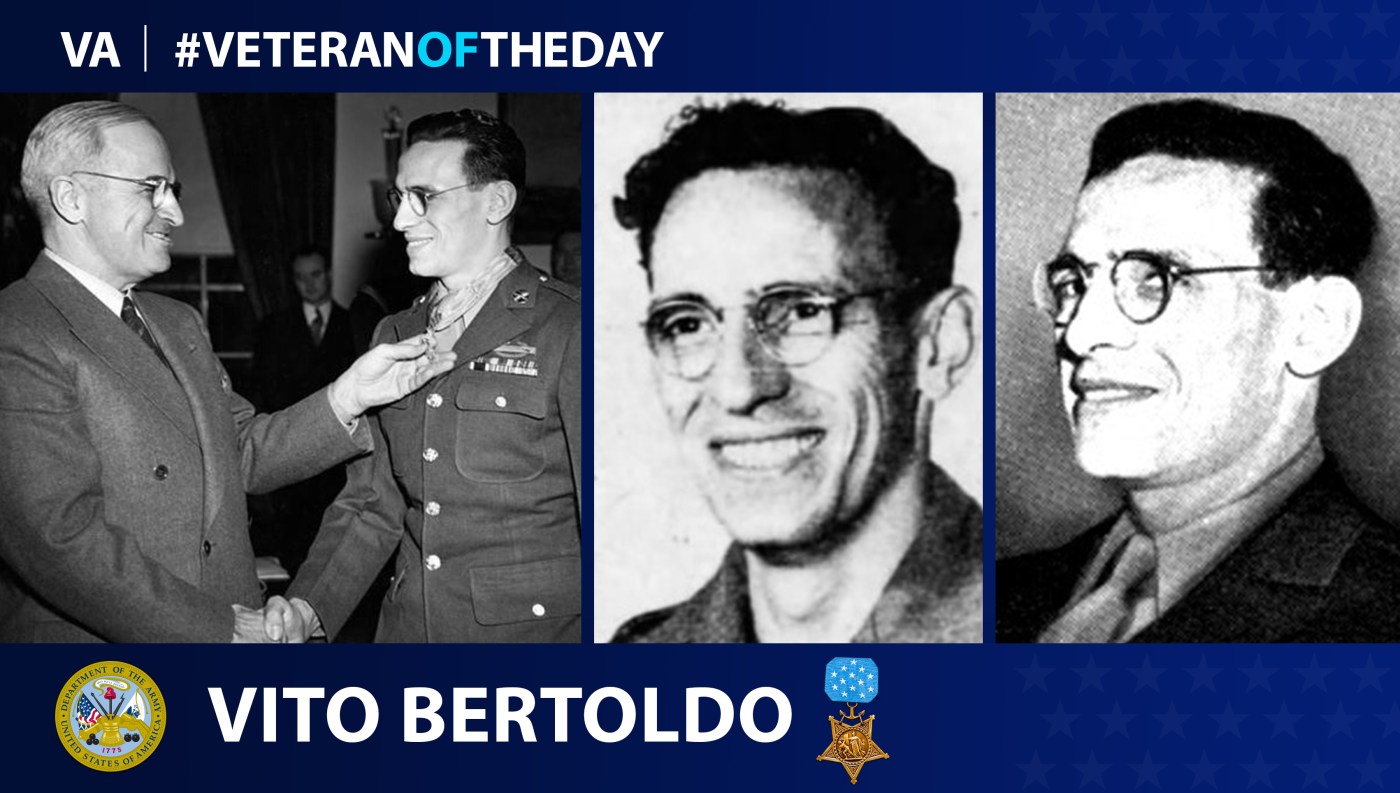 Today’s #VeteranOfTheDay is Army Veteran Vito Bertoldo, a Medal of Honor recipient who served from 1942 to 1946 during World War II.

Vito Bertoldo was born in December 1916 in Decatur, Ill. When the war started, Bertoldo was originally ineligible for the draft due to poor eyesight. However, after the attack on Pearl Harbor, the military cleared him for limited duty. He enlisted in the Army as a military cook. Despite his job title, he was determined to see combat and appealed for transfer to a combat unit. The Army assigned him to the 42nd Infantry Division.

On Jan. 9, 1945, the enemy had breached Bertoldo’s battalion’s defense. Bertoldo voluntarily remained in the line of fire to cover the withdrawal of his comrades. For more than 48 consecutive hours, Bertoldo acted alone in defending the posts against repeated attacks by a violent enemy force. Bertoldo’s actions gave his fellow soldiers the time and opportunity to withdraw and reorganize as he held the position. Four months after the standoff in Hatten, the 42nd Infantry Division liberated the camps in Dachau and its 30,000 prisoners. Nearly one year after his actions in France, Bertoldo received the Medal of Honor from President Truman.

After discharge in 1946, Bertoldo received a presidential appointment as a Veterans Administration representative. He worked in Chicago for a year but transferred to the VA in San Francisco in 1947. He assisted handicapped Veterans, homeless Veterans, and worked to help find employment for Veterans. In 1958, Bertoldo left the VA to pursue a career in landscaping.

His son, David Bertoldo, served in the Marine Corps during the Vietnam War.