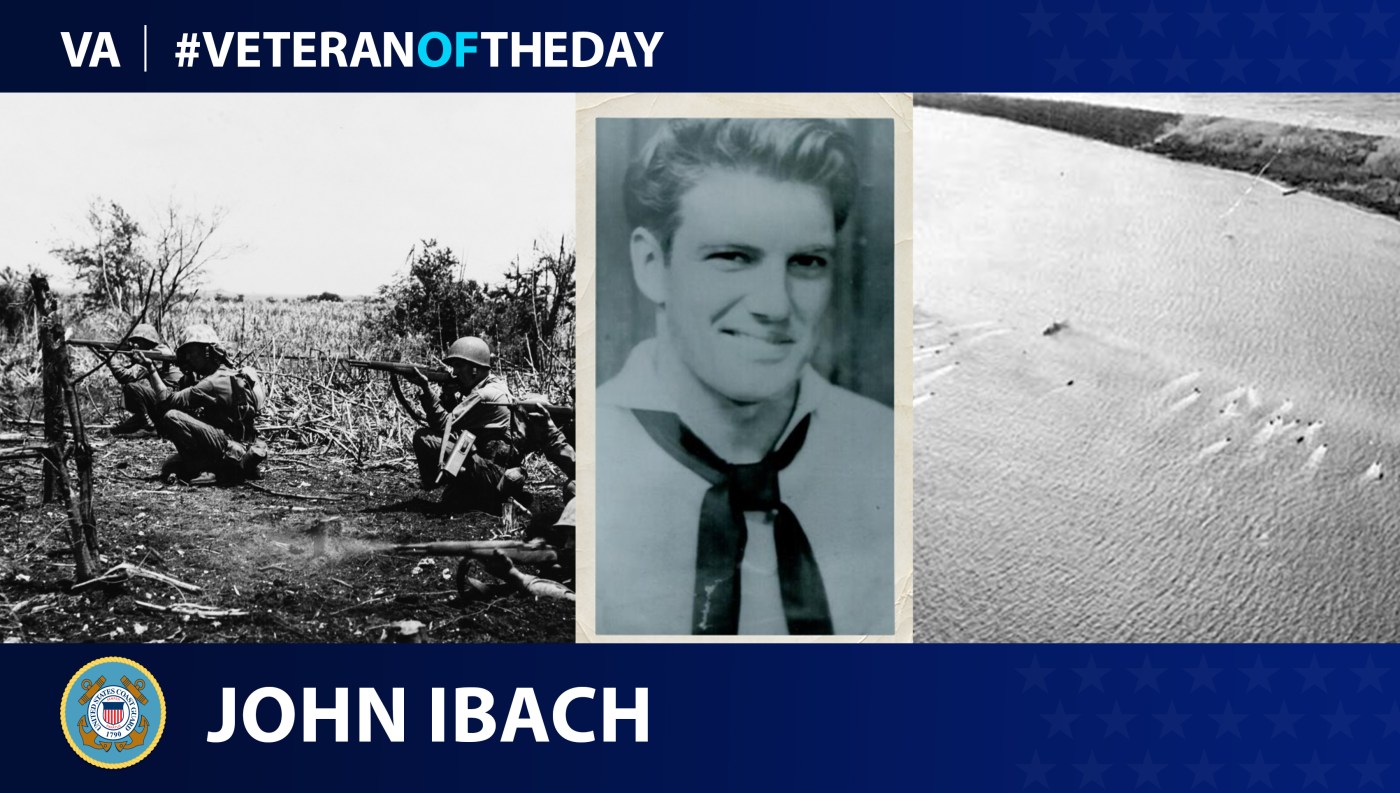 Today’s #VeteranOfTheDay is Coast Guard Veteran John Ibach who served in various locations in the Pacific during World War II.

In January 1923, John Ibach was born in Oklahoma City. He enlisted in the Coast Guard after he graduated from Clay High School in Green Cove Springs, Oklahoma. Ibach went to bootcamp at the Coast Guard training center in Manhattan Beach, New York. During World War II, he served on USS Cavalier in Division 9 during the invasions of Eniwetok, Tinian, the Philippine Islands, New Guinea, Manus, Leyte, Dulag, Samar, Guam, Saipan and Kwajalein.

In January 1945, while stationed on board a ship off Manila Bay, a torpedo from a Japanese submarine struck the ship. The ship was towed to the village of Leyte and then to Pearl Harbor for repair. Ibach and his shipmates did not have an escort to Pearl Harbor and had to stand watch during four-hours-on, four-hours-off shifts.

During his service, Ibach served with different branches of the military. He donned a Marine uniform when he fought on the Pacific beaches and served aboard a Navy ship.

After Ibach concluded his military career, he worked as a carpenter, superintendent and city building inspector. He worked alongside his father, three brothers and nephew. Their hard work and integrity led them to be known as some of the best local carpenters and superintendents.

Ibach’s military service and love of country stuck with him throughout his entire life. He initiated the opening of the United Service Organization at the Jacksonville International Airport and visited the Coast Guard sector at Mayport to speak with the Coast Guardsmen.

Following Ibach’s retirement from construction at age 62, he and his wife, Aline, delivered freight and misplaced luggage from the airport for nearly 30 years. The couple was married for 72 years and had two daughters and several grandchildren and great-grandchildren.

Ibach was active in the Hogan Baptist Church in Jacksonville, Florida, as a deacon, usher and greeter. He mentored young men from Sunday school and worked with children in the Children’s Church. The community knew Ibach as a kind and friendly man who rode his bike for exercise and to visit neighbors, until age 93. He enjoyed history, reading, music, bowling, drawing, teaching and traveling.

Ibach passed away at age 97 in Jacksonville, Florida.