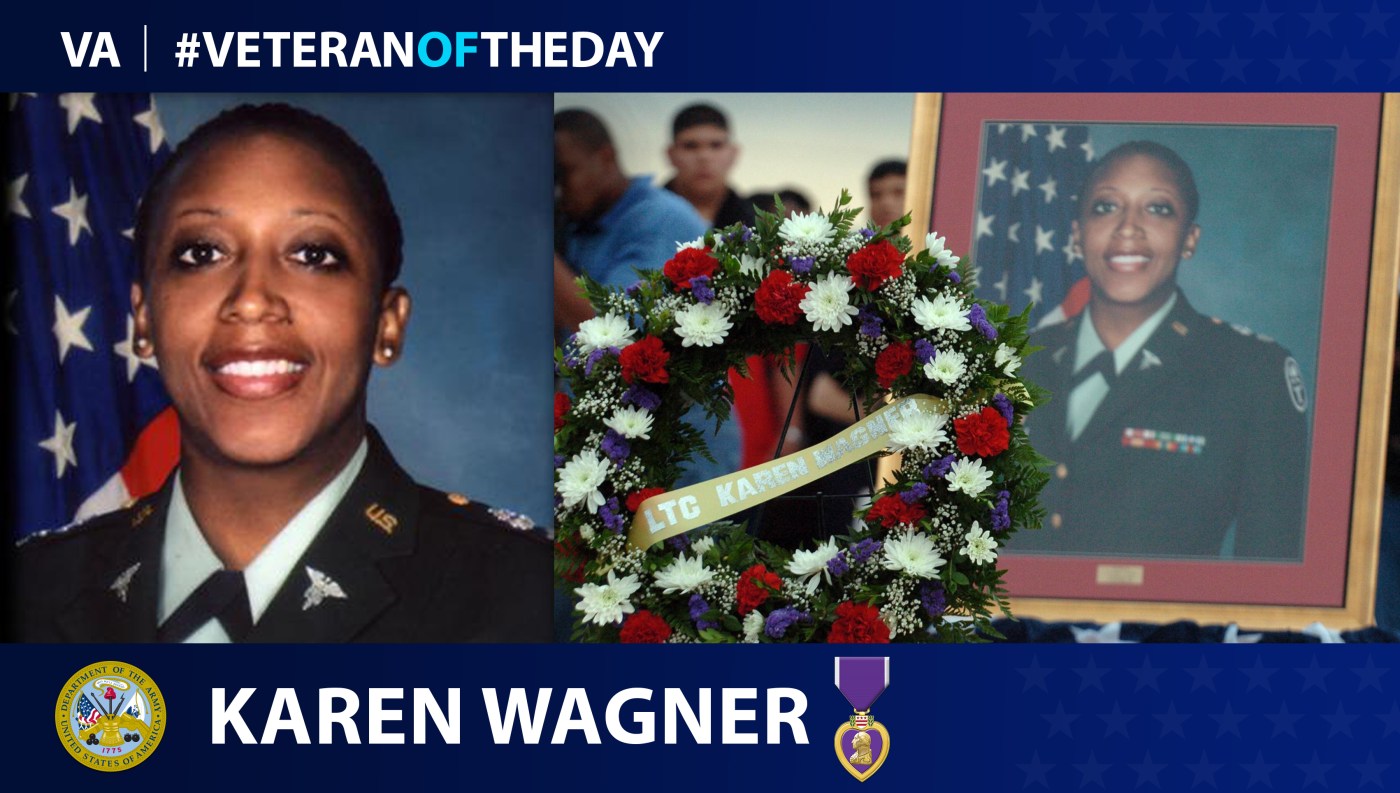 Today’s #VeteranOfTheDay is Army Veteran Karen Wagner, who died in the Pentagon on 9/11 and is buried Fort Sam Houston National Cemetery in Texas.

On Sept. 11, 2001, Army Veteran’s Karen Wagner day at the Pentagon started as it always did with paperwork, telephone calls, and meetings with staff.  She was a medical personnel officer in the Office of the Surgeon General and Deputy Chief of Staff for Personnel.

According to an article in Texas Monthly magazine, a little before 9 a.m. a friend rushed to her desk and asked if she had heard the news. A plane had flown into the north tower at the World Trade Center. Then a second plane into the south tower.  The word came to get down to the Emergency Operations Center in the basement. Wagner never made it. She was at her desk when American Airlines flight 77 slammed into the Pentagon near her office. She died instantly.

According to the National 9/11 Memorial webpage, as successful as Wagner was in the Army, attaining the rank of lieutenant colonel with assignment to the Pentagon, she was searching out options for the second act in her life, something to balance her 17-year military career.

Wagner’s life ended tragically on Sept. 11, 2001, without her ever having the chance to live that second act.  But her service and sacrifice to the country will never be forgotten.

During the month of May, VA partners with Carry The Load, a non-profit organization dedicated to honoring and remembering the fallen. Throughout the month, Carry The Load supporters will march over 15,000 miles along four distinct routes visiting 42 VA national cemeteries making their way to Dallas, Texas for Memorial Day 2021. One of the service members whose legacy they will be carrying along the way is Army Veteran Karen Wagner.