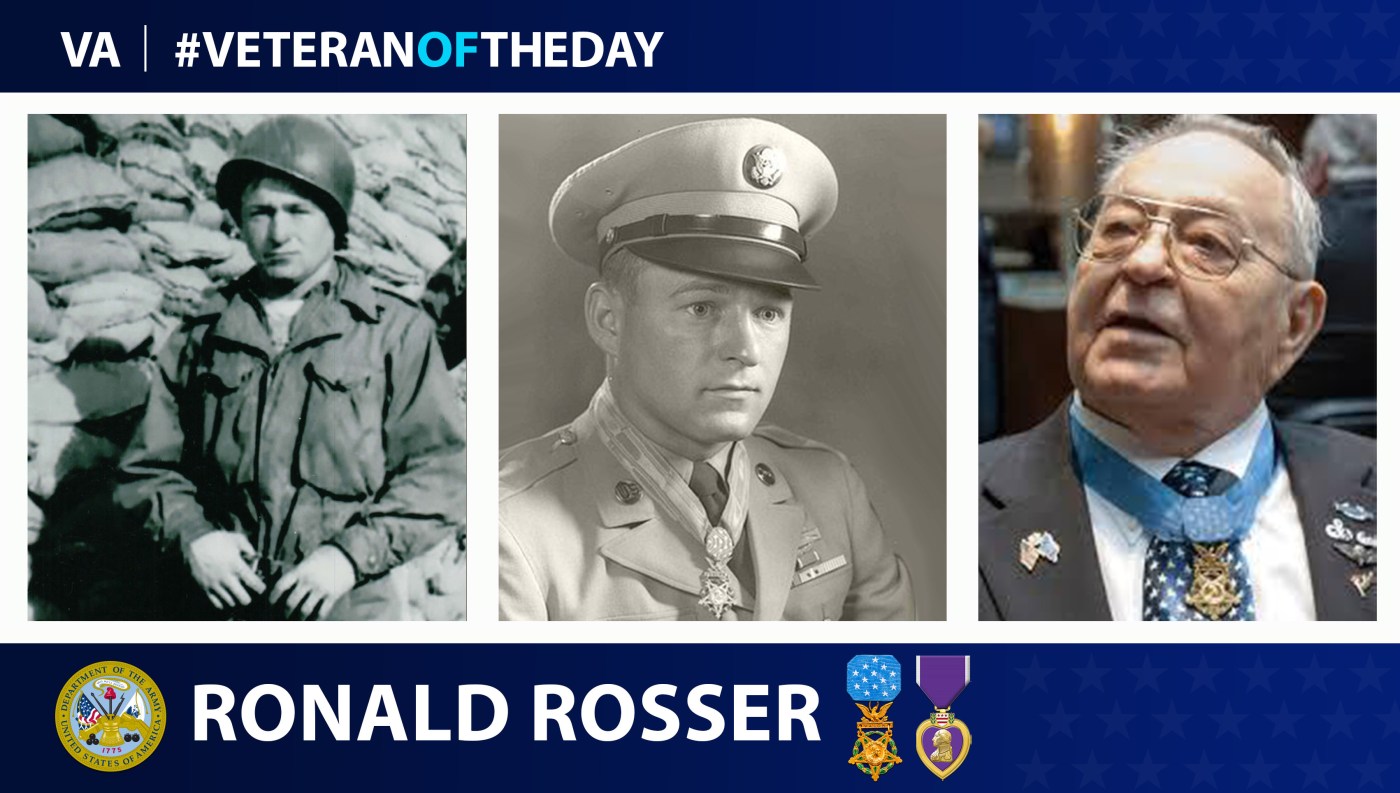 Today’s #VeteranOfTheDay is Army Veteran Ronald Rosser, who served during the Korean and Vietnam Wars as a paratrooper and forward observer.

Ronald Rosser enlisted in the Army in 1946 at age 17 for a three-year enlistment. He served as a part of the post-World War II occupation force in Japan and Germany until 1949. According to the Washington Post, after his service stint, he separated from the Army to work with his father in the coal mines of central Ohio.

Following his brother’s death in the early part of the Korean War, Rosser re-enlisted in the Army as a forward observer. His job was to be on the front lines and coordinate field artillery strikes against the enemy forces.

On Jan. 12, 1952, while serving near Ponggilli, Korea, Rosser distinguished himself as a member of Company L of the 2nd Infantry Division, 38th Infantry Regiment while assaulting a heavily fortified hill. According to his Medal of Honor citation, “While assaulting heavily fortified enemy hill positions ….Cpl. Rosser, a forward observer was with the lead platoon of Company L, when it came under fire from two directions.”

Rosser then, “….charged the enemy positions armed with only carbine and a grenade….Gaining the top of the hill, he killed two enemy soldiers, and then went down the trench, killing five more as he advanced. He then hurled his grenade into a bunker and shot two other soldiers as they emerged…. and though himself wounded, made several trips across open terrain still under enemy fire to help remove other men injured more seriously than himself.” Rosser singlehandedly killed at least 13 enemy combatants.

Rosser received a Medal of Honor and Purple Heart from President Harry Truman on June 27, 1952.

After being denied a petition to deploy to Vietnam to avenge the death of his brother, Gary, he retired from the Army in 1968 at the rank of sergeant first class after 21 years of service.

Following his time in the Army, Rosser earned a college degree from Florida Atlantic University and worked several civilian jobs. To honor his fallen brothers and motivate the next generation of military members, he created two scholarship programs. He also donated his Medal of Honor to the statehouse in Columbus, Ohio.