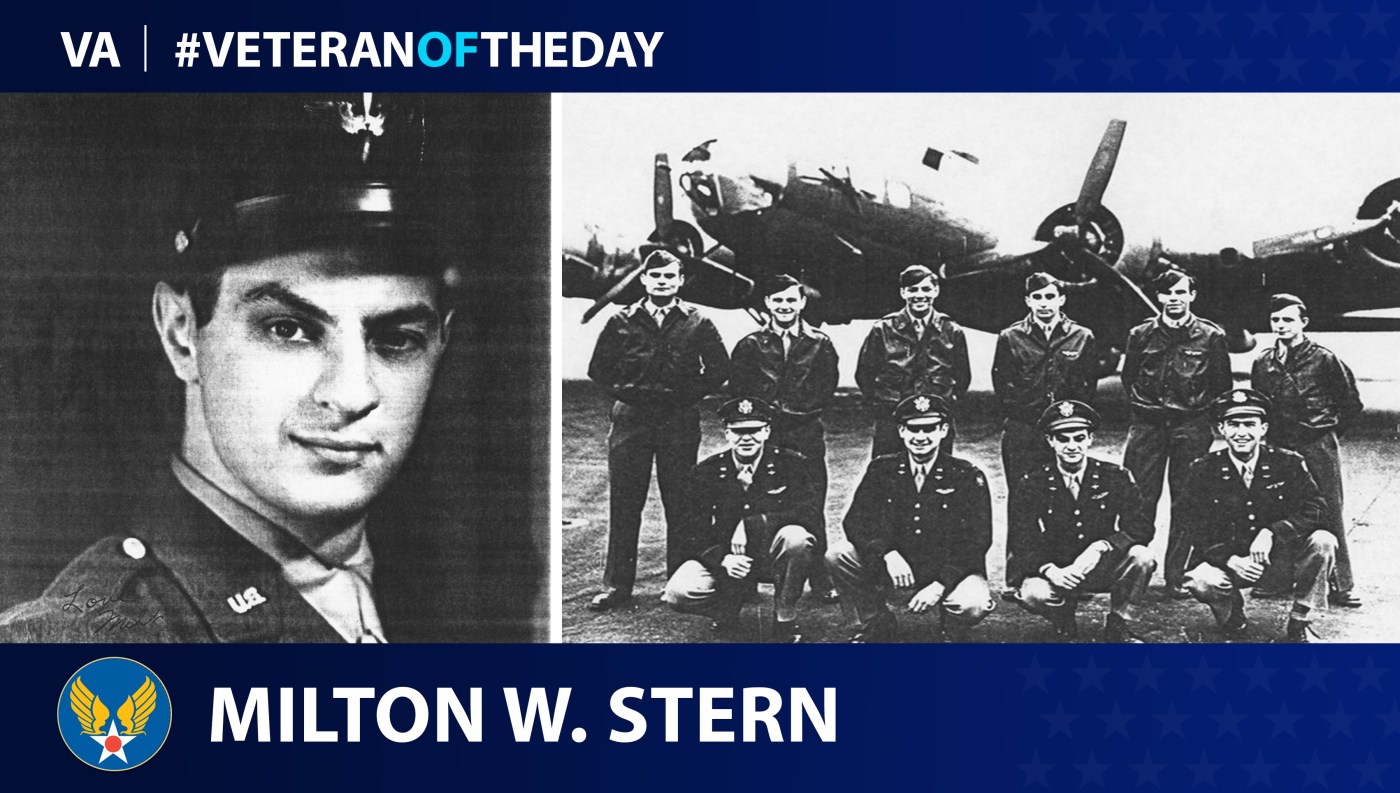 Today’s #VeteranOfTheDay is Army Air Forces Veteran Milton W. Stern, who served during World War II and was a prisoner of war.

Milton W. Stern grew up in Rochester, New York, and attended school to become an Air Force cadet. Stern’s started flying new airplanes from Nebraska across the ocean. In February 1944, Stern and his crew flew a northern route. This unusual route proved to be dangerous because the crew experienced heavy overcast and flew directly above the water.

After crossing the Atlantic, the men attempted to land in Ireland, but instead landed in Scotland. In March 1944, they flew their first daylight mission over Berlin, shot down over the Netherlands.

Dutch citizens aided Stern, taking him to a small town where others hid. Later, they moved to Belgium. There, he reunited with five of his crew members. When an airplane for England never arrived, the men had to stay in hiding.

Stern and his radio man were separated from the others and continued on the move for three months to prevent reports of their location. On May 27, 1944, the Gestapo discovered them. Stern expected the Gestapo to kill the family hiding him  and him immediately. Instead, a patrol car took them to the Gestapo headquarters where Stern reunited with the rest of his crew. Later, they discovered the Dutch leader turned them in.

On June 1944, an invasion on the prison camp transferred them to the Citadel. Captors placed Stern in solitary confinement. In July, 14 of his Belgium friends were shot one at a time while he was forced to watch. Stern remarked that he believed the Germans were using this tactic to gain a confession from them.

The Germans sent Stern an officer’s camp in northern Germany. He arrived in July 1944, but it wasn’t until May 1945 that Russians finally liberated Stern.

He kept detailed records of his experiences in Germany in his memoirs entitled Kriegie Memoirs of 1944-1945.