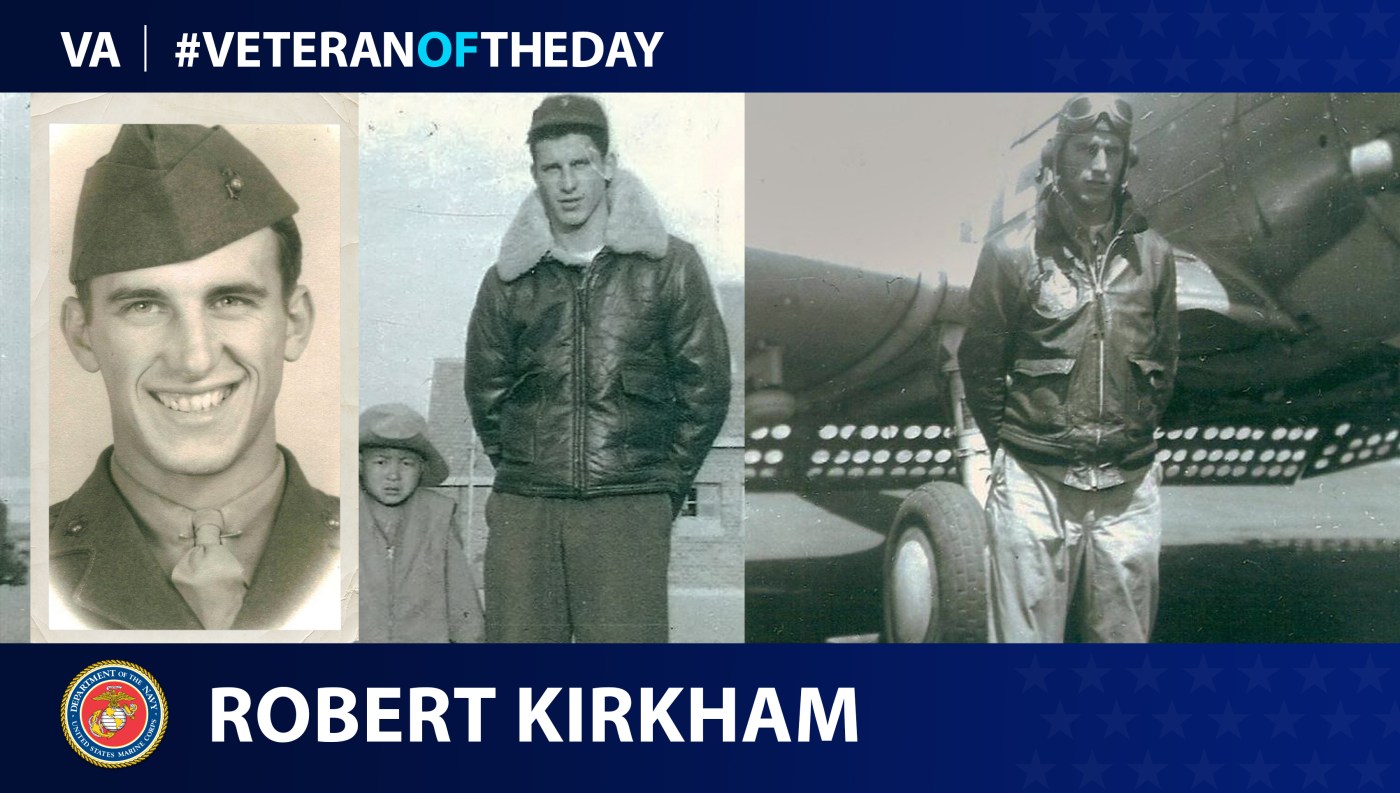 Today’s #VeteranOfTheDay is Marine Corps Veteran Robert Kirkham, who served in aviation in the Pacific during World War II.

Robert Kirkham was born in Corydon, Indiana, in 1923 and joined the Marine Corps immediately after graduating high school in 1941. In January 1942, he went to San Diego for boot camp, after which he entered Marine Corps aviation. While attending Ordnance School in Oklahoma, Kirkham married a girl he grew up with in Indiana. Then, he went to California for gunnery training, where he made his first flights as a dive bomber. On the way to their base on an island off the coast of Japan, Kirkham’s squadron stopped for three days at Pearl Harbor. They then continued to the South Pacific, where they contained Japanese forces at Majuro, Marshall Islands.

The Marine Corps base in Majuro where Kirkham served was large enough for only his squadron, a landing strip and a basketball hoop. He had to create his own makeshift bed and fastened one out of driftwood and airplane innertubes. Despite the harsh conditions and daily strikes, he carried out as a dive bomber. Kirkham later stated that his experience of the war paled in comparison to the men on the ground. His squadron was originally scheduled to take part in the Japanese invasion, but after the Japanese surrendered, his squadron went to Tientsin in northern China to fly patrols. Kirkham and five others hitchhiked to get there and flew on various planes as a group. Their 22-day journey took them through Guam, Okinawa, Hong Kong and Shanghai. Kirkham served in aviation for five years before honorably discharging as a corporal in May 1946.

After the war, Kirkham followed in his father’s footsteps and worked in the lumber industry, eventually founding his own business, Kirkham Hardwoods. Following his retirement in 1985, he lived in Sarasota, Florida, for a few decades before moving to Cincinnati, Ohio, to spend time with his grandchildren and great-grandchildren. Kirkham said in a 2010 interview that he was grateful to the Marine Corps for the discipline instilled in him and for giving him the honor of serving.