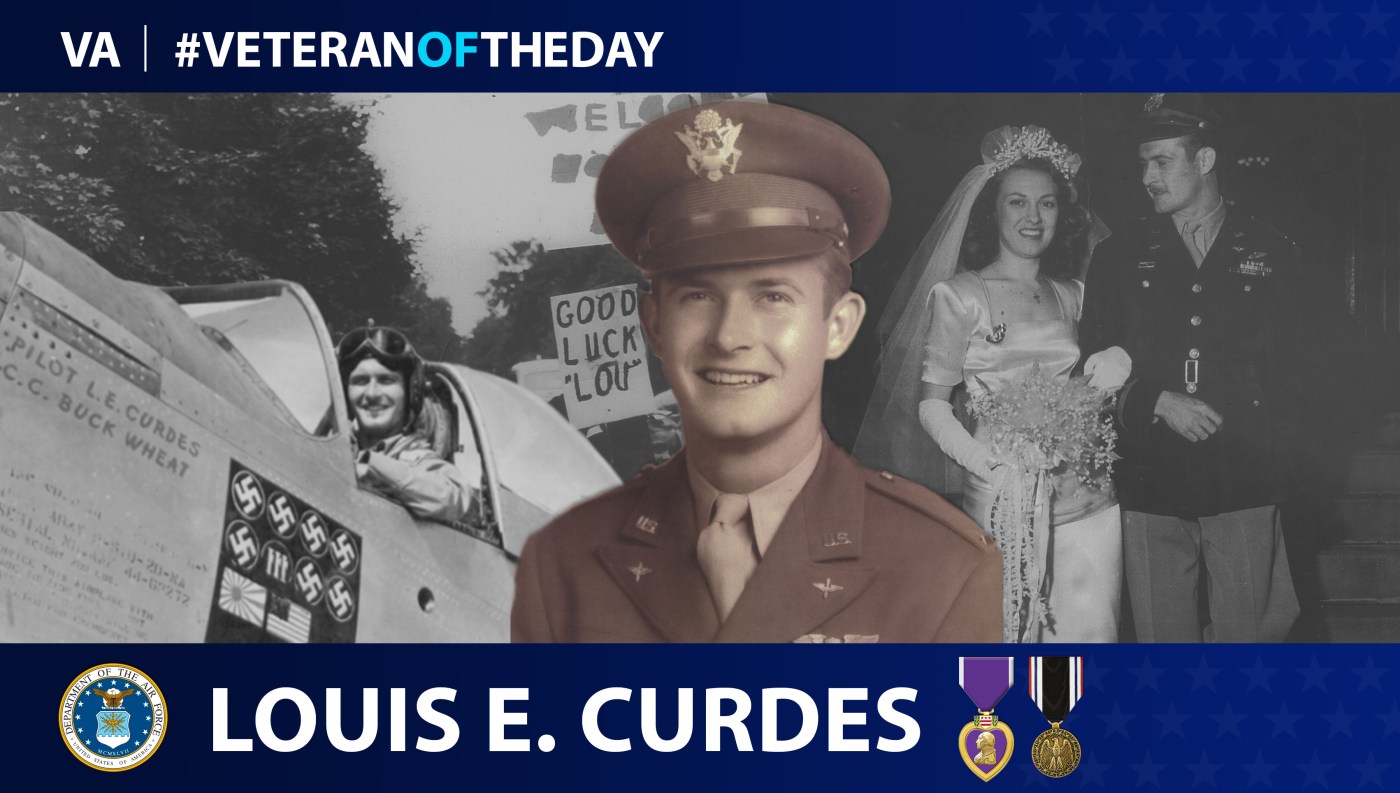 Today’s #VeteranOfTheDay is Air Force Veteran Louis Curdes, who was a World War II ace over North Africa and a prisoner of war.

While many pilots in World War II shot down enemy aircraft, Louis Curdes shot down an Allied aircraft and received praise for it.

After joining the Army while attending Purdue University in 1942, Curdes began his military career flying a Lockheed P-38 Lightning over North Africa’s skies. In under a month, he had shot down five enemy aircraft, making him an ace. Enemy fighters shot down Curdes in August 1943. In early 1944, Curdes escaped an Italian prisoner of war camp. Around the same time, the Allies accepted Italy’s surrender. He came home nine months after his escape.

Curdes received two Distinguished Flying Crosses, a Purple Heart and a Prisoner of War Medal. He had also saved a stricken P-38 pilot from further damage by defending and escorting the plane back to Allied territory under fire.

After returning home to Fort Wayne, Curdes asked to be reassigned and fight once more. Curdes shot down a Japanese reconnaissance aircraft. He is one of three pilots who shot down Italian, German and Japanese aircraft during the war.

While flying on a routine scouting mission, Curdes and his fellow aviators noticed a cargo plane flying toward a known Japanese airstrip. Unfortunately for the cargo plane, its radio was not in service. Curdes and his fellow pilots were unable to communicate with the plane. Curdes made the decision to open fire on the aircraft, aiming for the engines, which were situated far away from the fuselage. After shooting out the engines, the C-47 ditched in the Pacific. Curdes and his wingmen circled the plane until they were low on fuel. A rescue plane arrived the next day and picked up all 12 occupants of the plane, all of whom were unharmed, earning him praise.

He flew in the Berlin Airlift, a mission after the war to deliver food and supplies to German citizens by airplane just before the Cold War. Curdes joined the newly formed  Air Force and retired in 1963 as a lieutenant colonel. After his retirement, he founded a construction company in his hometown, where he lived until passing away on Feb. 5, 1995.

Curdes’ legend lives on in the form of stories of his exploits. A replica of his P-51 Mustang, painted as a tribute to Curdes’ original aircraft, sits at the Pima Air Museum in Tucson, Arizona.