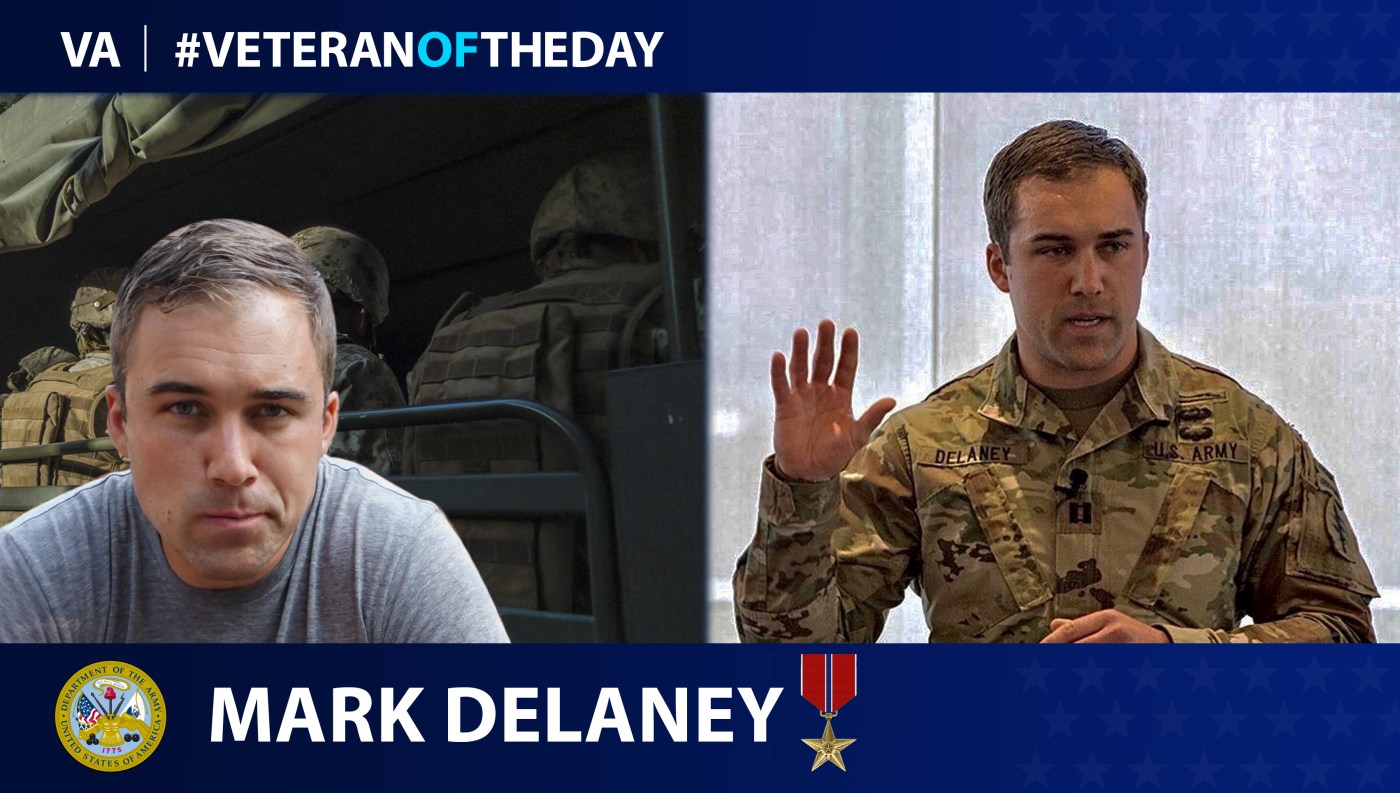 Today’s #VeteranOfTheDay is Army Veteran Mark Delaney, who served in the 95th Civil Affairs Brigade and deployed to Iraq and Syria.

Mark Delaney grew up in Bel Air, Maryland. With several Veterans in his family, he followed in their footsteps. He joined the Army Reserve Officers’ Training Corps program at the University of Maryland. After graduating in 2011, Delaney commissioned and attended Officer Candidate School at Fort Benning, Georgia.

Delaney’s service as an officer began in Fort Bragg, North Carolina. He served as an infantry officer in the 3rd Brigade Combat Team, 82nd Airborne Division. The division’s purpose was to support ground troops in combat. During his time in the division, Delaney deployed to Iraq in 2015 as a part of Operation Inherent Resolve.

After a few years, Delaney joined the 95th Civil Affairs Brigade. Civil affairs officers work with local populations to identify and solve problems on the ground. Delaney completed two tours with the brigade: one to Syria in 2017 and another to Saudi Arabia in 2018. One of Delaney’s most poignant memories from his service in Syria was the liberation of the city of Raqqa from the Islamic State. He worked directly with the Raqqa government that took over after the battle and recalls how amazing it was to experience the liberation first hand.

Delaney left the Army in 2019 in order to pursue new opportunities. He felt he could use his skills outside of the service, so he decided to use the benefits from the Post-9/11 GI Bill to attend business school.

During his journey to get his Master of Business Administration (MBA) at the University of Virginia’s Darden School of Business, Delaney started a blog called The Veteran Professional to collect resources for Veterans who wish to earn a degree. This helps Veterans pursue careers that are meaningful and provides them with information on the process of attending graduate school. The blog includes posts on Delaney’s own experiences leaving the service and applying to business school, guides to the admission process and resources for Veterans.

In addition to the blog, Delaney hosts a podcast called The Veteran (Semi) Professional, where he interviews Veterans and professionals adjacent to military communities about their careers and experiences. He also uses the podcast to focus on the mental health issues that Veterans face and how it relates to their post-service journey.