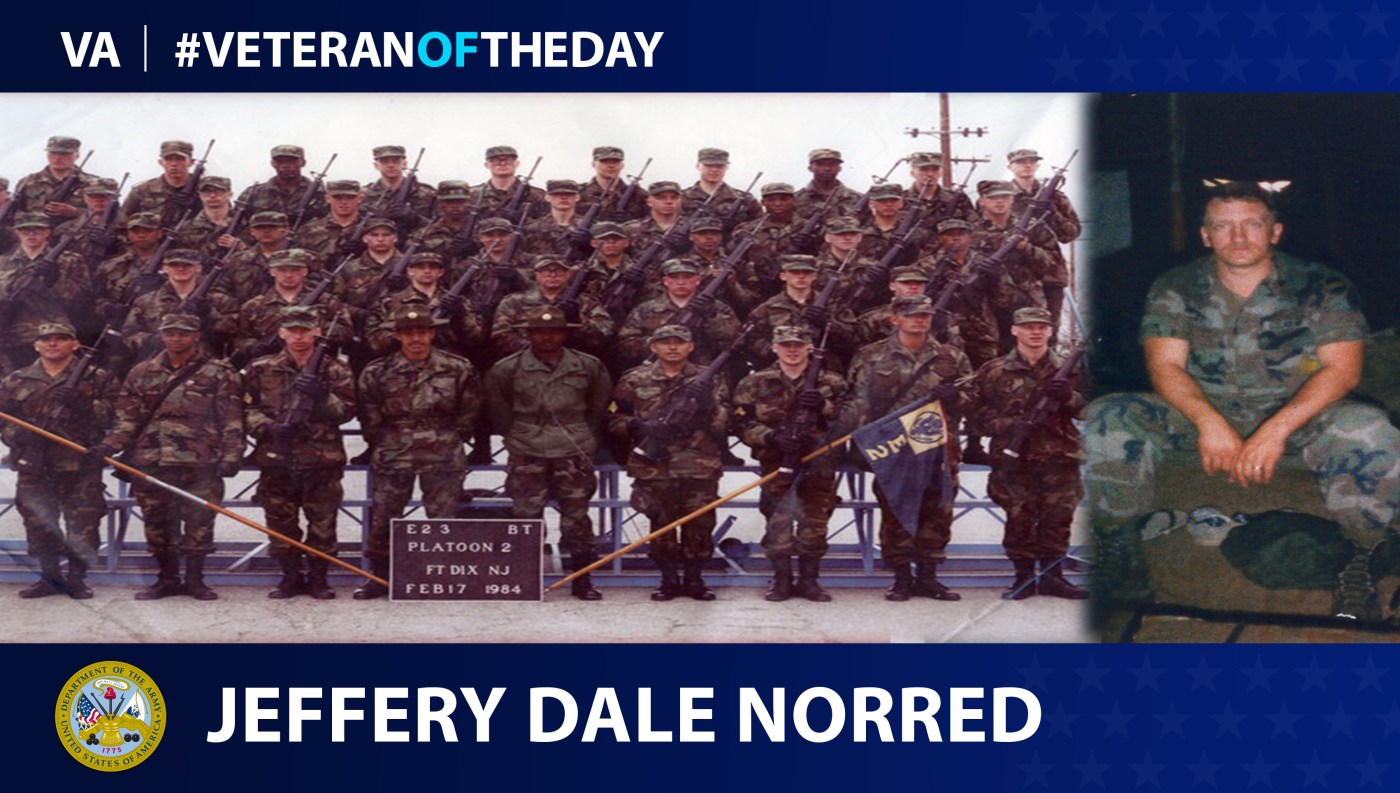 Today’s #VeteranOfTheDay is Army Veteran Jeffrey Dale Norred, who served in Germany, Georgia, Honduras and California during his career.

Jeffrey Dale Norred was born on Aug. 1, 1962, in Troup County, Georgia. Since his father was in the Army, all Norred wanted to do after graduating high school was enlist—so he did.

Norred then completed his basic training at Fort Dix, New Jersey. Norred recalled being particularly shocked after leaving Georgia’s 70-degree weather and arriving in New Jersey’s snowy climate. He appreciated that basic training allowed him to meet people from diverse backgrounds and put aside any personal prejudices. After the training, Norred completed his advanced individual graining at Fort Jackson, South Carolina. He learned to work on vehicles and repair equipment there.

Norred’s first duty assignment was in New-Ulm, Germany. He said he appreciated the country’s beauty and its good people. Norred noted that the that protests against having the U.S. military in the country were the only downside as they prevented him from returning home for the holidays.

Norred then moved to a combat engineering unit at Fort Stewart, Georgia. His unit spent time building in Honduras. Norred was most affected when he saw the poverty in the country. He remembered a little boy who came by to shine the soldiers’ shoes. Norred discovered that the boy slept in a sugar cane field and quit school to earn money for his family. He also recalled starving children begging for food. He was unable to give them any because their stomachs could not digest it properly. His unit also occasionally dealt with insurgent activities.

Norred’s last assignment was at the Sacramento Army Depot in California, where he tested satellite communication equipment for the Army. During his service, Norred received an Army Commendation Medal, two impact awards and three Good Conduct Medals.

Norred later became commander of the 31st Chapter of the Disabled American Veterans in Los Angeles and a member of the West Georgia Veterans Council. In the Veterans History Project interview, he encouraged all Americans to carry patriotism in their hearts and to fly a U.S. flag if they can.