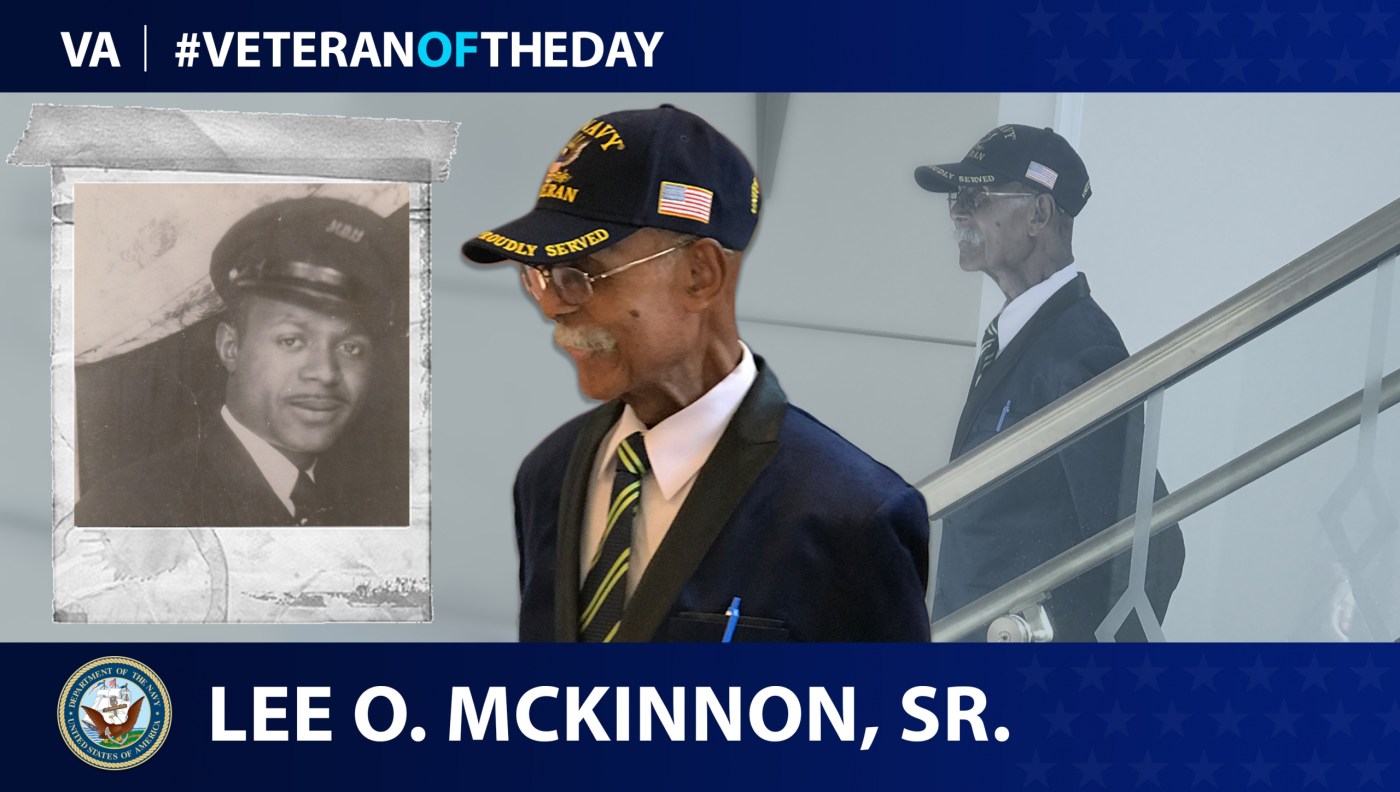 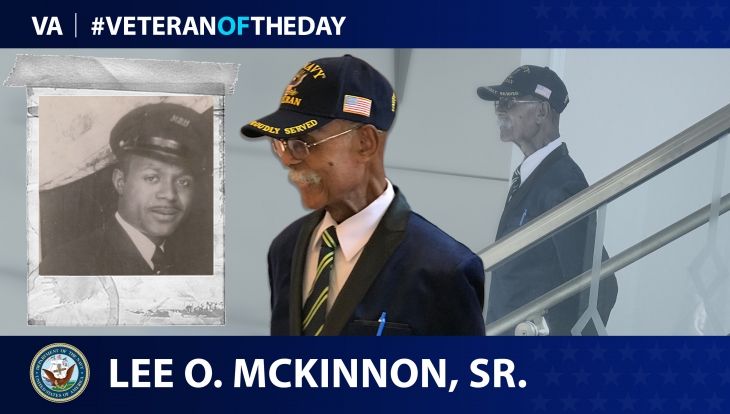 Today’s #VeteranOfTheDay is Navy Veteran Lee O. McKinnon Sr., who served as a steward on active duty before joining the Reserve.

Lee O. McKinnon was born in 1925 and raised in Valdosta, Georgia. Due to segregation in the South, McKinnon only received a grade school level education. However, he did develop the necessary reading and writing skills to qualify for serving in the Navy.

During his 30 years of service, McKinnon witnessed the transformation of war and widespread social change.

McKinnon joined the Navy on Aug. 20, 1942, in Macon, Georgia. He completed basic training at Naval Operating Base Norfolk, Virginia. Due to the Navy’s limited number of ratings available for African American men at the time, McKinnon became a steward. Despite this discrimination, job classification had no bearing on the assignment to keep the ship in fighting action.

In 1946, McKinnon was a sailor in the U.S. human radiation experiments that occurred that year, specifically the nuclear detonations above and below the sea in Operation Crossroad. He is one of the “Atomic Veterans.”

McKinnon joined “The Order of the Blue Nose” for passing through the Domain of the Polar Bear in the Artic Circle. He also crossed the equator several times, making him a “Shellback.”

While in the service, McKinnon served on USS Calvert and USS Bottineau. In Pearl Harbor, he served aboard USS Artemis and USS Essex. He also served at Naval Air Station in Guantanamo Bay, Cuba. McKinnon served with Attack squadrons 5 and 61 on multiple deployments and ships, including USS Coral Sea, USS Midway and USS Franklin D. Roosevelt.

In March 1962, McKinnon transferred to the Navy Fleet Reserve at Charleston Naval Base in Charleston, South Carolina.

On Oct. 1, 1972, McKinnon left as a steward petty officer 3rd class and returned to civilian life in Islandton, South Carolina, with his wife and four children.

Today, McKinnon is active in his church and community and enjoys playing music. He also recently visited The National World War II Museum in New Orleans to place a Road To Victory Brick.