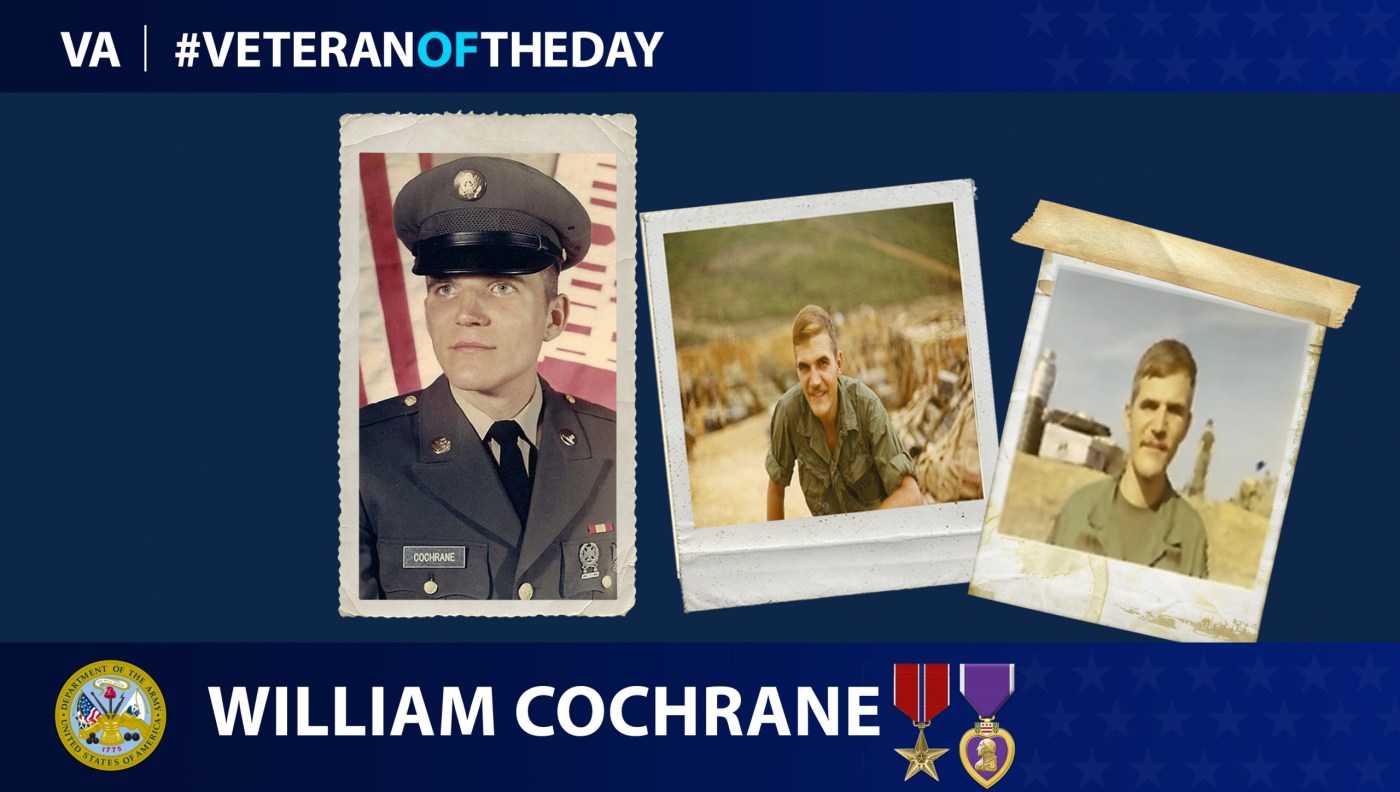 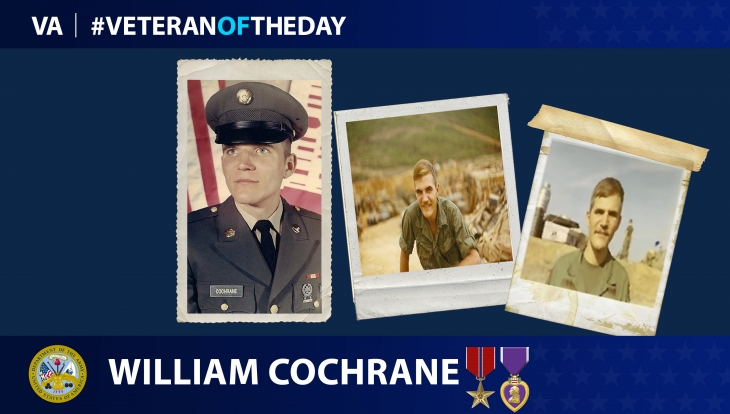 Today’s #VeteranOfTheDay is Army Veteran William Cochrane, who served in the 101st and 82nd Airborne Divisions during the Vietnam War.

William Cochrane was born in July 1946 in Minneapolis, Minnesota, and grew up in the nearby town of Richfield. Cochrane graduated from the University of Wisconsin – Stout with an engineering degree in 1968. With the draft in full force, Cochrane decided to voluntarily enlist in the U.S. Navy, intending to become an F-4 pilot. However, upon realizing that the Navy required eight years of service, Cochrane enlisted in the Army instead.

Cochrane went to Fort Dix, New Jersey, where he completed basic training. Later, he completed advanced individual training at Fort Leonard Wood, Missouri, and went to Officer Candidates School at Fort Belvoir, Virginia. Cochrane did not want to become a training officer, so he persuaded his superiors to reassign him to Fort Myer, Virginia. However, less than 48 hours after reassignment, he received orders to deploy to Vietnam.

Cochrane initially served with the 82nd Airborne Division, but 17 days after arriving in Vietnam, the division went back to the U.S. He had not spent enough time in Vietnam to go home, so he went to the 101st Airborne Division. Cochrane worked in fire direction control at Fire Support Base Gladiator, where he had to contend with North Vietnamese sapper attacks. In an interview with Twin Cities PBS, Cochrane described sapper attacks “like a suicide bomber … typically no more than three or four people at the very most.”

After his superiors deemed Fire Support Base Gladiator to be indefensible, Cochrane went to Fire Support Base Ripcord, where he took part in Operation Texas Star. In an interview with the Library of Congress’ Veterans History Project, Cochrane described it as a clandestine operation designed to disrupt North Vietnamese supply lines in the A Shau Valley. In July 1970, Cochrane took part in the Battle of Fire Support Base Ripcord. Surrounding his unit, more than 2,000 North Vietnamese soldiers attacked with mortar rounds. While Cochrane was refilling gas tanks, shrapnel hit his head, chest and leg.

Cochrane’s injuries forced a medical evacuation. He went to a field hospital in Quang Tri, where surgeons repaired his fractured skull. Afterward, he went to a Marine hospital in Da Nang, where his lung collapsed multiple times. Cochrane then went to Fitzsimons Army Hospital in Colorado and spent three months recovering from his injuries. He discharged from the Army after his release from the hospital.

During his service, Cochrane received a Bronze Star and a Purple Heart. He currently lives with his wife, Susan, in Eden Prairie, Minnesota, where he remains active in local Veteran organizations.