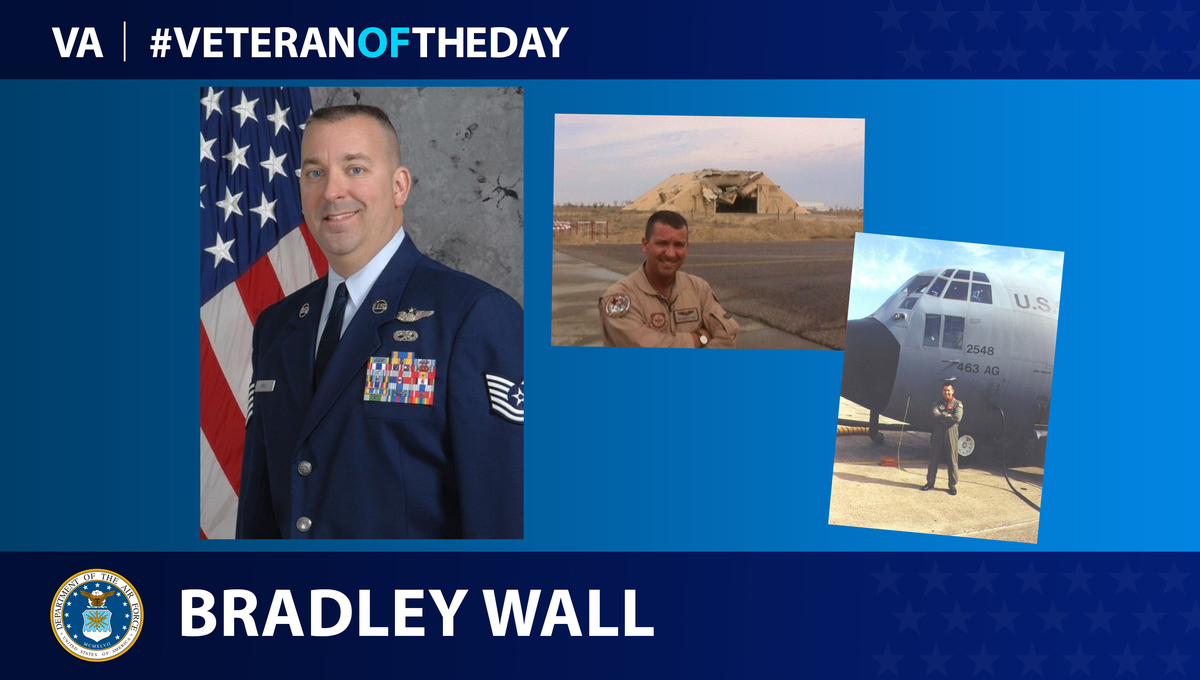 Bradley Wall comes from a military family whose service spans generations. Since the Civil War, almost every man in Wall’s family served in some capacity. His grandfather was a paratrooper in the Pacific Theater during World War II—something which influenced Wall’s desire to serve in the military.

Wall was born and raised near Muncie, Indiana. He graduated Wapahani High School in 1984, and he began his military career the following year. Wall enlisted into the Army National Guard in the summer of 1985. He trained at Fort Knox, Kentucky, before going on to complete advanced individual training at Fort Gordon, Georgia in 1986. For three and a half years, he served in the Indiana National Guard and achieved rank of specialist.

In autumn of 1988, he transitioned into active duty Air Force. In December, Wall went to Lackland Airforce Base in San Antonio, Texas. He attended technical school at Chanute Air Force Base, Illinois, as an aerospace ground equipment technician.

Wall traveled to many places during his time as active duty Air Force. He went to Soesterberg Air Base in the Netherlands for his first duty assignment, where he achieved rank of senior airman. He then went to McConnell Air Force Base in Wichita, Kansas for three years. In 1995, he went to Lajes Field in the Portuguese Azores and achieved rank of staff sergeant.

For the next ten years, Wall served at Little Rock, Arkansas. His new career was a C-130 flight engineer with both the 50th and 62nd Airlift Squadrons. In 2005, he achieved rank of technical sergeant. He served with the 8th Special Operation Squadron at Duke Field before moving to the 73rd SOS at Hurlburt Field in Florida.

During his flying career as a C-130 flight engineer, he safely amassed over 3,300 flying hours on four different variants—225 of those flying hours were in a combat environment.

After 21 years of full-time service, Wall retired in August 2009 with the rank of technical sergeant. During his service, he received six Air Medals, eight Achievement Medals and four distinguished unit awards.

He currently resides in Colorado Springs, Colorado with his two daughters. His oldest daughter plans to join the Air Force and follow in his footsteps.