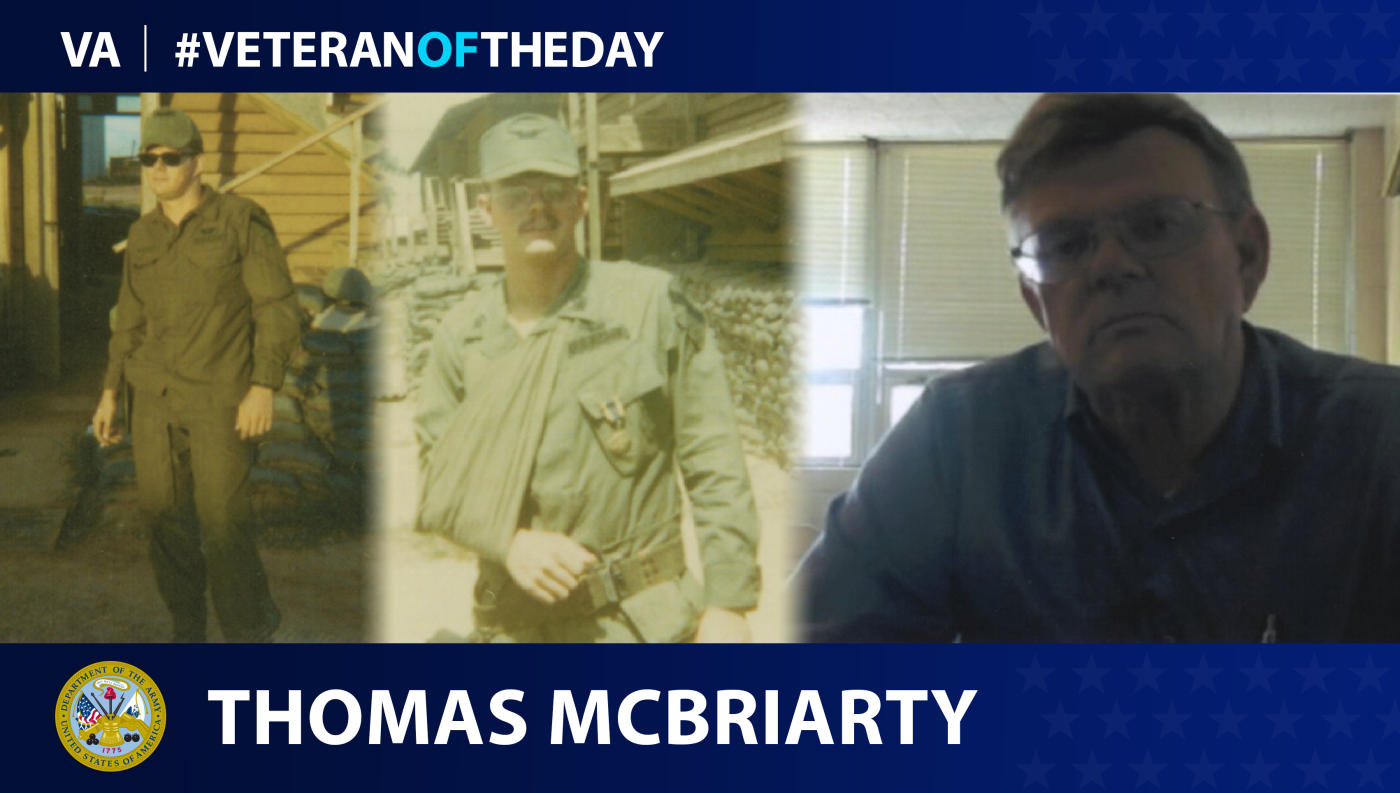 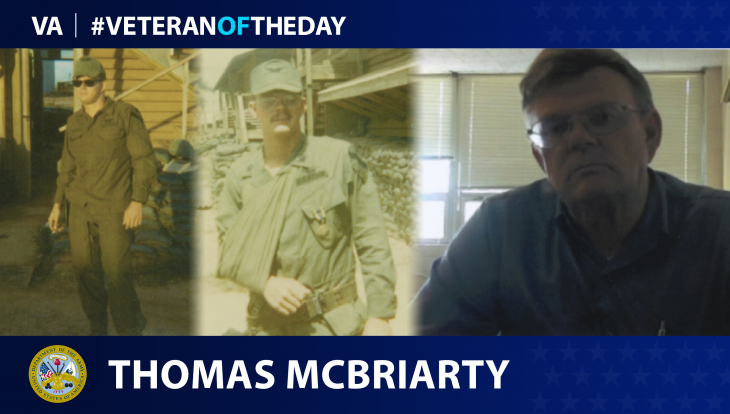 Today’s #VeteranOfTheDay is Army Veteran Thomas Scott McBriarty, who served in the Vietnam War as a mechanic and flight engineer.

Born December 1949, Thomas Scott McBriarty served in the Army as a mechanic and flight engineer during the Vietnam War. He joined the military because he felt like he wasn’t ready for college and that the Army had more opportunities for education and more jobs. Both his father, who fought in Italy during World War II, and his grandfather served in the Army.

After enlisting in New Britain, Connecticut, McBriarty started his service at basic training at Fort Dix in New Jersey before going to Fort Eustis Transportation School in Virginia for four months, where he was trained in transportation maintenance. He continued his service at Fort Sill in Oklahoma and became a member of the 19th Aviation Battalion in 1968.

McBriarty shipped out to Bearcat Base in Vietnam as an E-5 and was initially a mechanic on CH-47 Chinook. He was in a crew chief slot before becoming a flight engineer. As a mechanic, he helped with different aircraft that needed maintenance doing oil changes, engine changes and transmission work. As a flight engineer, McBriarty was in charge of the crew and maintenance.

In Vietnam, McBriarty flew approximately 250 combat hours, flying six days a week and received nine Air Medals. He received a 10th Air Medal for heroism with a V device when his aircraft was shot down on Oct. 31, 1969, after receiving enemy fire at 2,000 feet. He broke both legs and his left arm but survived and stayed in the hospital for a month.

In 1974, McBriarty reenlisted and served at Fort Leonard Wood, Fort Polk, Fort Eustis, Fort Sill and Fort Campbell. His favorite place to serve, however, was Hawaii, where he had a four-year stint from February 1976 to June 1980. In Hawaii, he graduated from the University of Hawaii with a degree in criminal justice. The 25th Battalion was the only Army company on the Navy base, and the Army had an agreement to have one Army soldier on the Navy police force; McBriarty was chosen because of his degree. He worked as a criminal justice investigator, investigating any felonies or crimes committed against the Navy. While serving in Hawaii, McBriarty married and had two children.

McBriarty discharged in June 1980 at Fort Ord in California and joined the National Guard for nine years. He worked as a security guard at the East Hampton Nuclear Plant before becoming a state police protective officer, postal police officer, owning a house painting business and working as a full-time aircraft mechanic at Bradley Field with the Army and National Guard. He then became an aircraft inspector for the Department of Defense, where he eventually became the Army representative for the worldwide Black Hawk program until he retired in 2002.