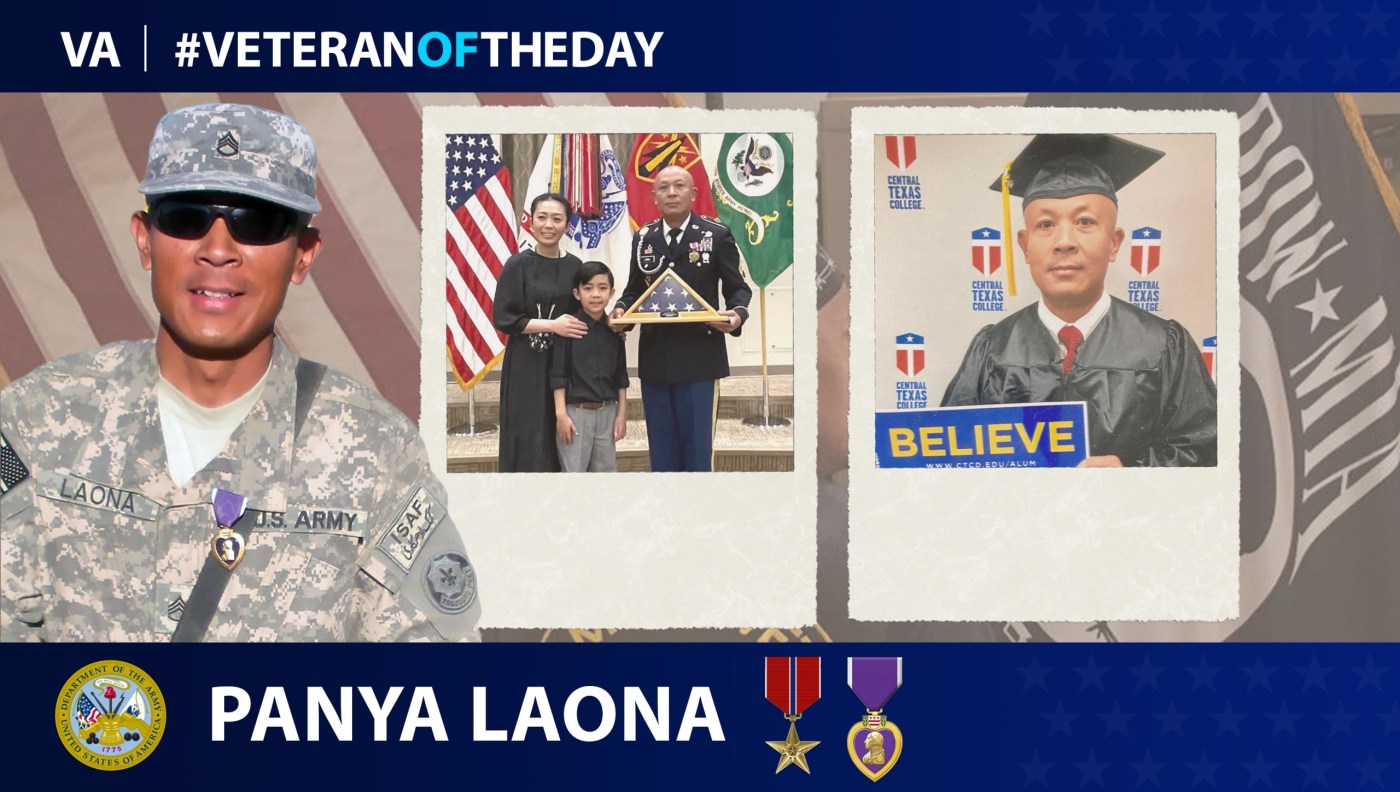 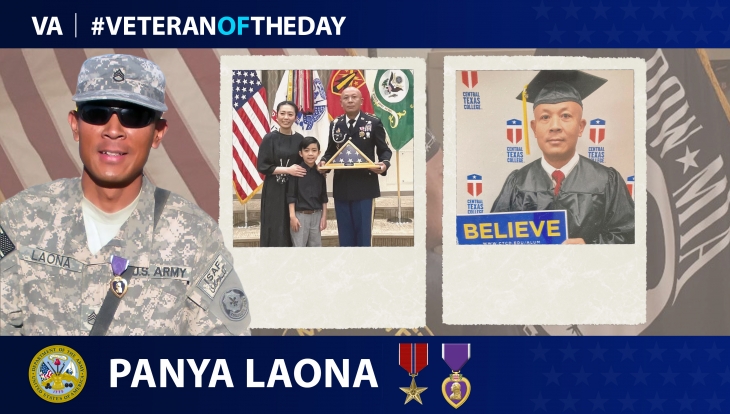 Today’s #VeteranOfTheDay is Army Veteran Panya Laona, who deployed to both Iraq and Afghanistan during his service.

Panya Laona grew up in Phetchabun, Thailand, and lived there until he was granted a U.S. visa in 1998. In February 2001, Laona enlisted in the Army. He completed basic training at Fort Sill, Oklahoma, before continuing on to advanced training as an artilleryman.

In April 2010, Laona’s unit deployed to Afghanistan. While serving there, Laona helped capture six improvised explosive device makers and conducted 162 combat patrol operations. On Sept. 17, 2010, an explosive struck Laona’s vehicle. He spent three weeks recovering before release back to his unit. On Nov. 29, 2010, an explosive struck his vehicle again. While his battalion commander and battalion sergeant major suggested he return home, Laona requested to stay in Afghanistan while he recovered. He served the rest of his deployment on base in the orderly room.

In 2013, Laona deployed to Afghanistan again, where he served as forward operating base mayor.

Laona retired from the military in February 2021. At the time of his retirement, he held the rank of sergeant first class. During his time in the Army, Laona received a Bronze Star Medal and two Purple Hearts.

Laona is now a part of the Combat Veterans Motorcycle Association, which connects Veterans who enjoy riding motorcycles.