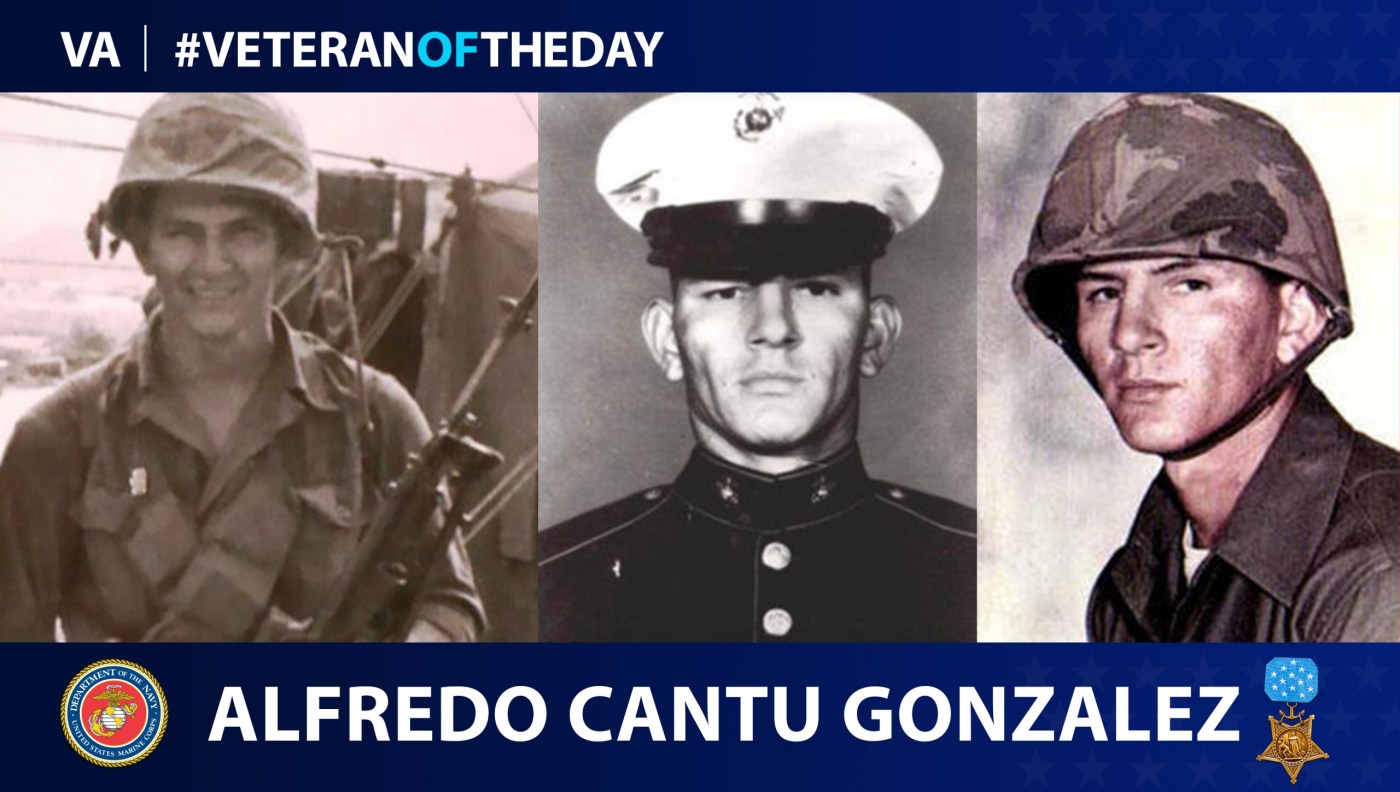 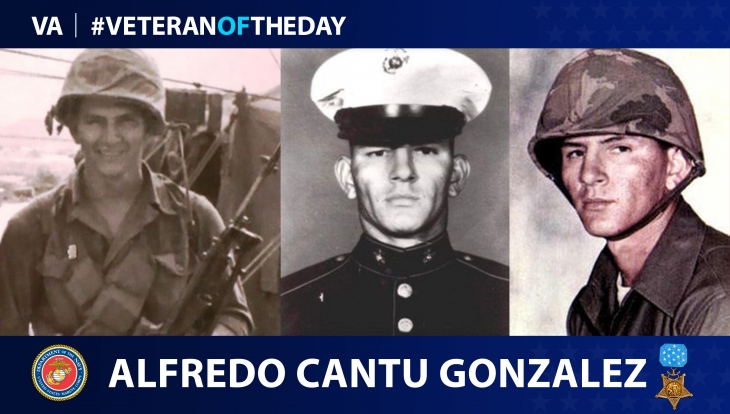 Alfredo Cantu Gonzalez was born in May 1946 in Edinburg, Texas. He attended Edinburg High School, where he was an all-district football player. After graduating, Gonzalez enlisted in the Marine Corps.

Later, in May 1967, Gonzalez went to the West coast, where he joined the 3rd Replacement Company, Staging Battalion, at Marine Corps Base Camp Pendleton in San Diego, California, to await transfer. After promoting to sergeant on July 1, 1967, he went to Vietnam. As a member of Company A, 1st Battalion, 1st Marines, 1st Marine Division, he oversaw actions against the Viet Cong.

In February 1967, the enemy attacked his platoon with automatic weapons and rocket fire. Gonzalez used several antitank weapons, destroyed an enemy rocket position and suppressed much of the enemy fire. The enemy hit Gonzalez with a rocket. He took cover at Saint Joan of Arc Catholic Church and died Feb. 4, 1968.

Gonzalez posthumously received a Medal of Honor for his actions, presented to his mother on October 31, 1969.

Gonzalez is buried in Hillcrest Memorial Park in Edinburg, Texas.