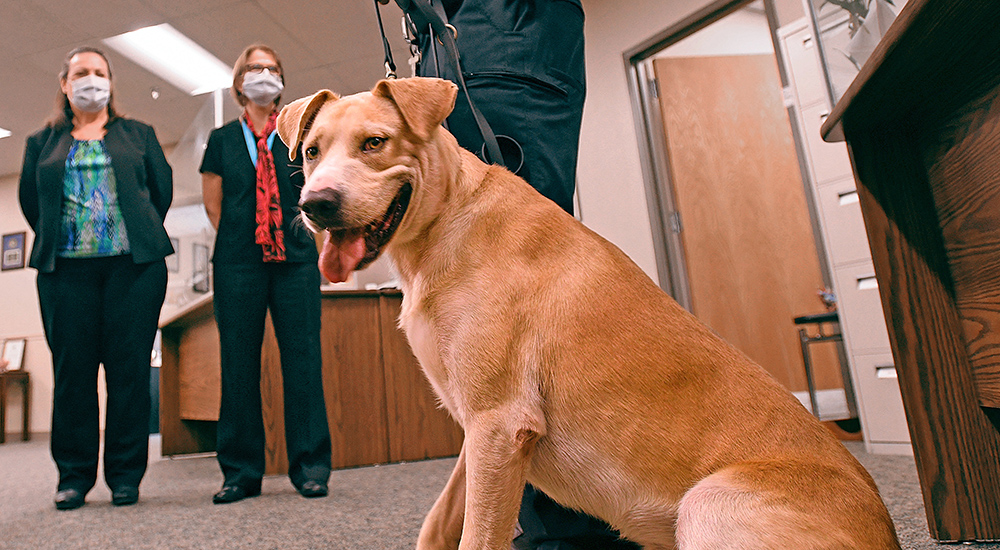 Tuco, the Central Arkansas Veterans Healthcare System’s newest police officer, has a bit of sWAG and is ready to go on PAWtrol.

“Tuco was a natural for this type of work from day one.”

“We received our certification, so Tuco is a fully-certified narcotics and tracking dog,” said his partner/handler, Lt. Richard Johnston. “But he’s really friendly and likes to meet people.”

Police dogs are in widespread use across the United States and around the world. K-9 units are operated by federal, state, county and local police, and security agencies.

Their duties generally include drug, bomb and weapon detection, and cadaver searches.

Chosen for his work ethic

In Little Rock, Tuco and Johnston will be tasked with sniffing out narcotics, handling tracking duties, and looking for pats on the head at the John L. McClellan Memorial Veterans Hospital and the Fort Roots campus in North Little Rock.

Born in Mexico, Tuco was chosen to enter the VA K-9 Program because of his incredible work ethic, friendliness and willingness to learn.

Johnston is a Marine Corps Veteran and 14-year Veteran of the VA police force. He’s been Tuco’s handler from the beginning of his training and is excited about the new mission.

“While we are a new K-9 team for the Central Arkansas Veterans VA, I am confident in our ability to get the job done,” said Johnston. “Tuco has been a natural for this type of work from day one.”

By Chris A. Durney is a public affairs officer for the Central Arkansas Veterans Healthcare System