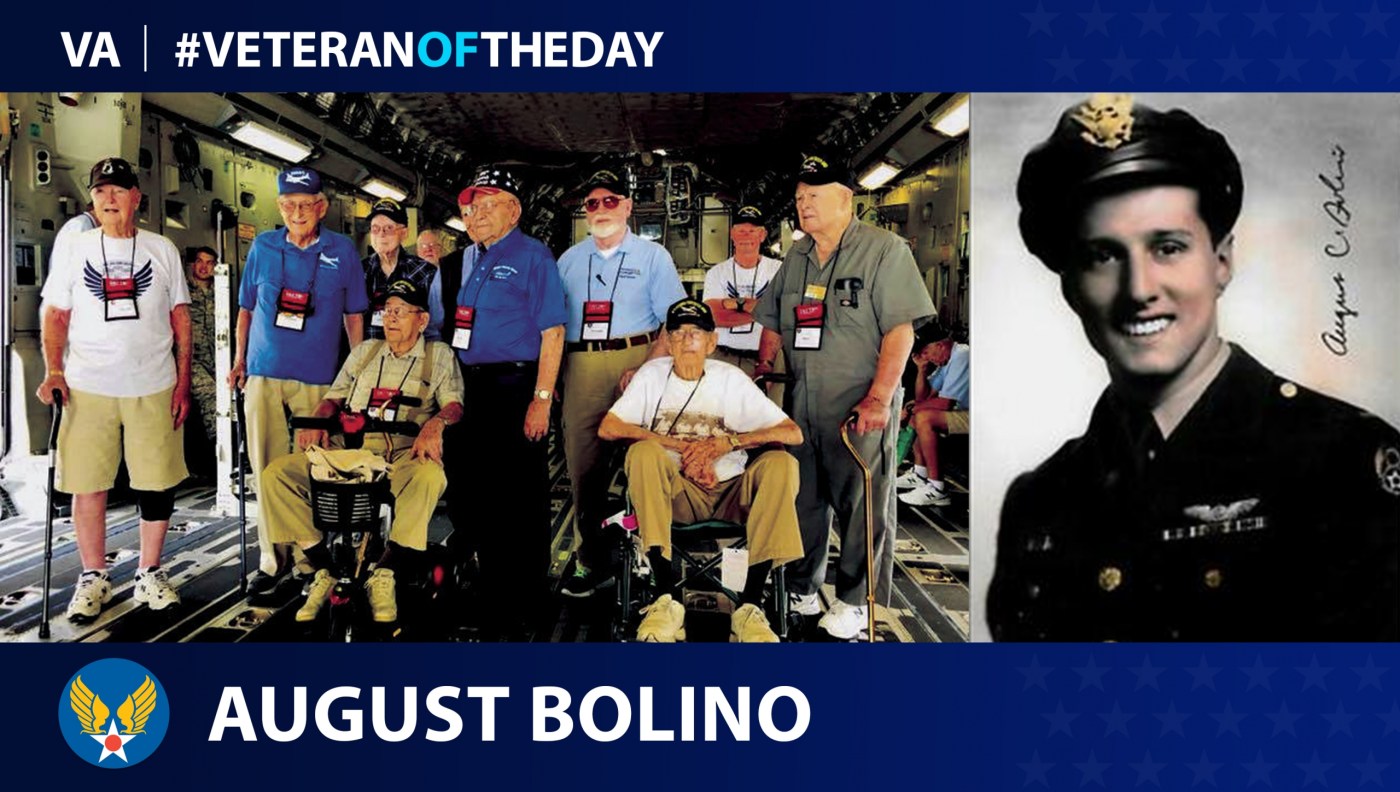 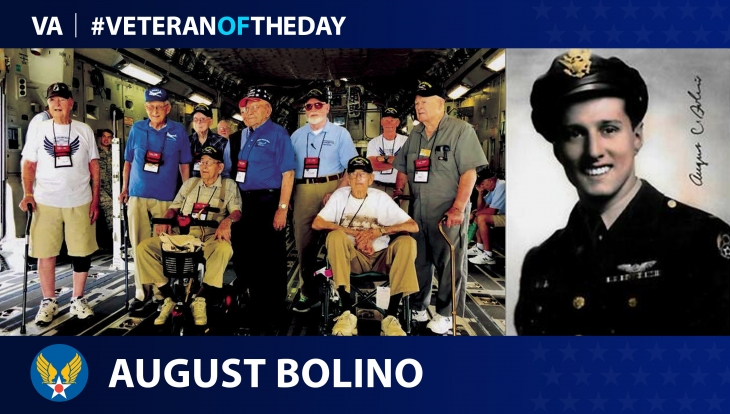 August Bolino was born in 1922 in Boston, Massachusetts. After the attack on Pearl Harbor, Bolino wanted to join the service right away, but his mother persuaded him to wait. He joined July 31, 1942.

Bolino began his service in 1943 with the 388th Bombardment Group, 4th Bombardment Wing in the 8th Air Force. He went to Nashville, Tennessee, for testing and then to Monroe, Louisiana, to attend navigation school because of his knowledge in mathematics. Eventually, Bolino went to Brooklyn, New York, where he and his unit boarded a boat and traveled to England. While in Europe, his unit flew bombing missions, including campaigns in Bergen, Norway; Hanover, Germany; and Liege, Belgium. Bolino guided his unit during their mission in Liege, Belgium, for which he earned a Distinguished Flying Cross.

During the Normandy Landings, the 388th Bombardment Group took part in three bombing missions with Operation Overlord. These missions entailed bombing coastline targets and interdiction areas to help allied forces in the War. Overall, Bolino flew 30 missions throughout World War II, two of the missions taking place on June 6, 1944, D-Day. In an interview for the American Veterans Center, Bolino reflected on his views of that day: “I don’t know how I would rate D-Day. Sometimes I think it was not a success because really, 9,200 dead is not a successful mission. Everything seemed to go wrong except…every single airplane destroyed something in Germany. So, in that sense, D-Day was not a total loss.”

In 1945, Bolino left the service as a second lieutenant after completing his 30 missions. After the military, he attended the University of Michigan, where he earned both a bachelor of business administration and master of business administration. In 1957, Bolino earned his doctorate of philosophy degree in economics from St. Louis University. He taught as an economics professor at Catholic University in Silver Springs, Maryland, until his retirement. In his spare time, he liked to collect coins and watches.