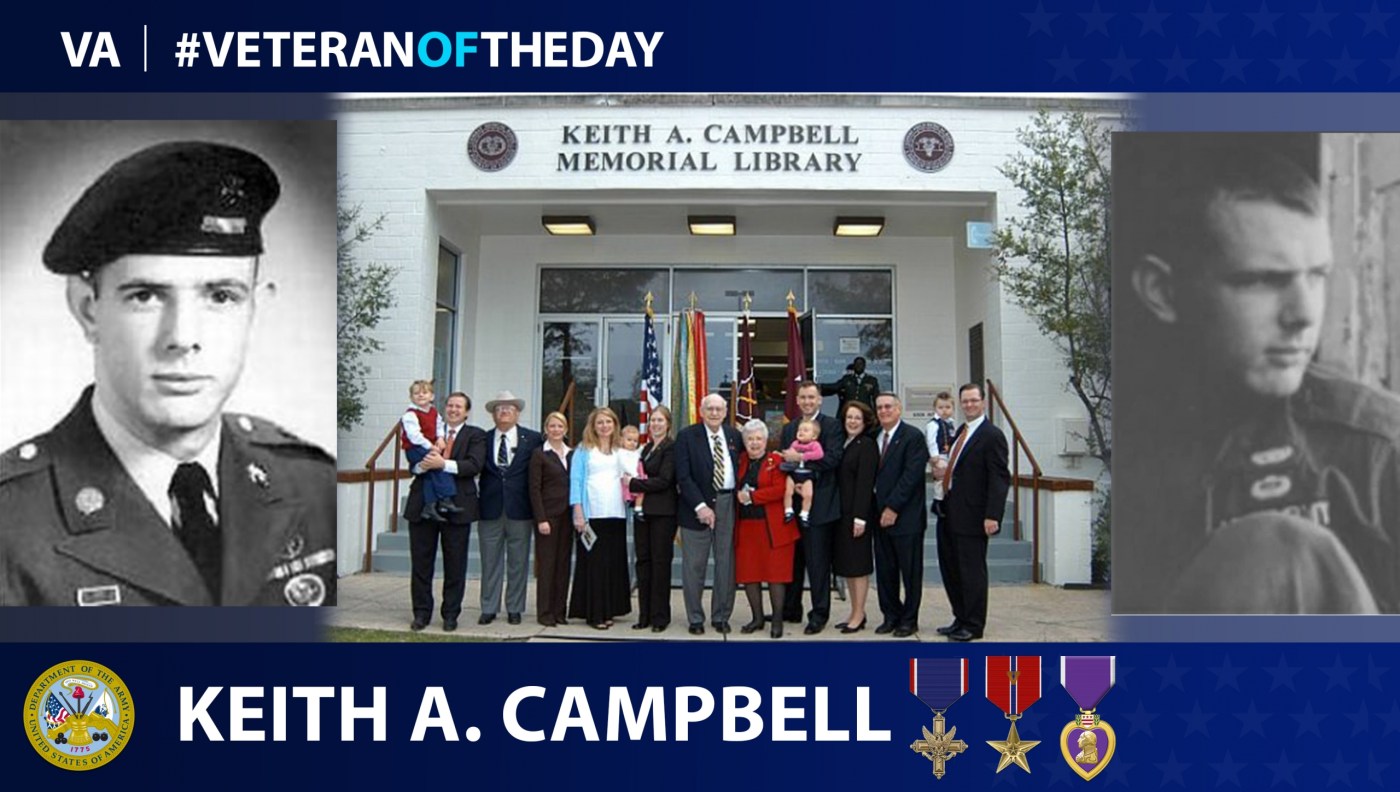 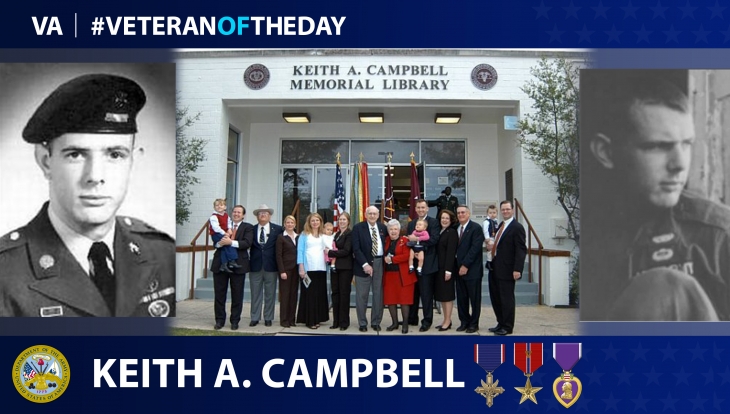 Today’s #VeteranOfTheDay is Army Veteran Keith Allen Campbell, who was killed in action as he was saving the life of a wounded soldier.

In October 1963, after basic training, he received airborne training at Fort Benning in Georgia. A month later, he joined the 82nd Airborne Division. In April 1964, Campbell started his training at the Army Medical Training Center at Fort Sam Houston in Texas. Shortly after, in 1965, he deployed to the Dominican Republic as a medical specialist with the 82nd. Campbell discharged the next year, but he continued to serve in the Army Reserve as a medic with the 11th Special Forces Group and also attended college.

In January 1967, Campbell re-enlisted in the Army. His sister, Judy Campbell, recalled that time in an interview with the Military Times, “… he re-enlisted as the Vietnam conflict heated up, because, he said, ‘My medic skills are needed.’” On Jan. 13, 1967, he deployed to Vietnam, where he served with the 173rd Airborne Brigade, 1st Battalion, 503rd Infantry, B Company.

A few weeks later, on Feb. 8, 1967, in Bien Hoa Province, South Vietnam, the 503rd was advancing on a Viet Cong bunker complex. Campbell, while caring for the causalities, was getting closer to the front line as he spotted a soldier on the ground up ahead. He was dodging grenades and gunfire and eventually took cover behind a mound of dirt. A Viet Cong sniper shot at him and missed, but then Campbell took aim and shot the enemy. He then continued toward the soldier on the ground.

Edward Torres, the injured soldier, recalled in an interview with the Daily News, “So then here comes Keith, crawling towards me, calling to me if I was alive, I’ll never forget his name, because I remember seeing ‘Campbell’ written on his camouflage name patch. I was mad when I saw him, because I didn’t want him to die.”

Campbell dragged Torres behind a tree, but the tree was not big enough to protect both of them. Campbell remained exposed and started attending to Torres’ wounds with gunfire all around them. Several minutes later, Campbell fell onto Torres after receiving multiple gunshot wounds. Campbell was 20 years old.

He received numerous medals including a Distinguished Service Cross, a Bronze Star with Valor and a Purple Heart. He is buried in Arlington National Cemetery.

In 2006, the Army renamed the Fort Sam Houston Library in Texas to the Keith A. Campbell Memorial Library.