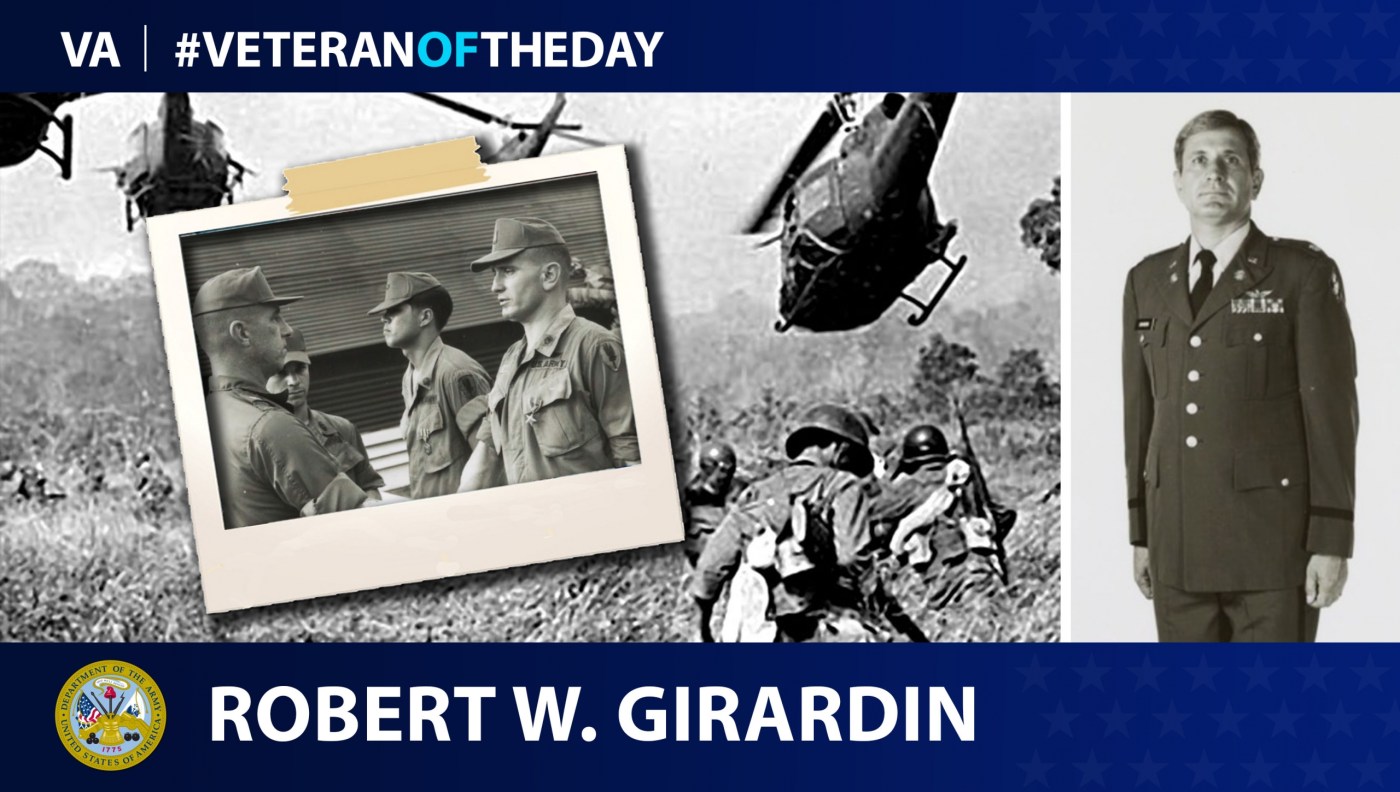 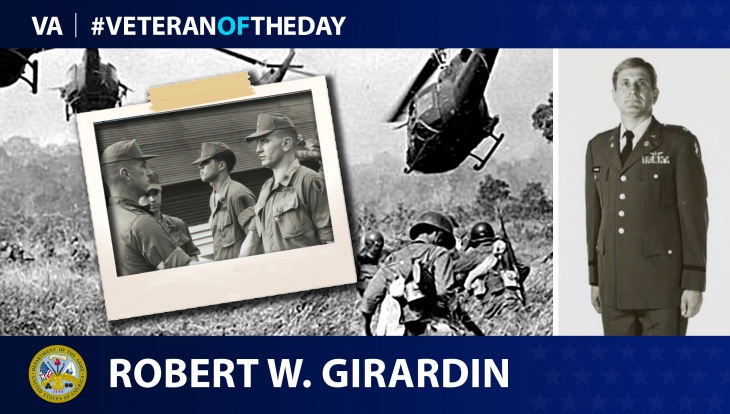 Robert William Girardin was born in Ontario, Canada, in August 1938. At 18, Girardin joined the Royal Canadian Navy. He served several years, then discharged and left Canada on a student’s visa.

Girardin served with the 117th Assault Helicopter Company in Vietnam, where he served as co-pilot for six months. In 1969, he transferred to be a recovery team member in Bearcat Base’s Battalion operations center in the transportation corps.

He returned to Fort Eustis, Virginia, for the basic qualification course in September 1969. He then went to Savannah, Georgia, for Cobra transition before returning to Vietnam as a first lieutenant. During his second tour, Girardin served as 17th Combat Aviation Group’s maintenance office. He maintained records recording combat damage within units assigned to his group.

Upon completing his tour, Girardin went to the 155th Assault Helicopter Company in Fort Ord, California. He served as the assistant maintenance operation officer at Fort Hunter-Liggett, the base of the company’s operations. Girardin promoted to captain and moved to Fort Eustis, Virginia. He received his degree from St. Martin’s College in June 1975 and began a new assignment in Germany as a maintenance officer.

He returned to Fort Eustis in August 1977 to the 38th Transportation Battalion until 1980. For 18 months, he served as a company commander.

In July 1981, Girardin went to Kenya for two years from September 1981 to September 1983 and worked to support a Kenyan aviation unit by training local soldiers in maintenance and different tactics. While in Kenya, he promoted to major in January 1982.

He later served as the chief of the Air Cushion Vehicle Division at its training department at Fort Story, Virginia, until his retirement in October 1987.