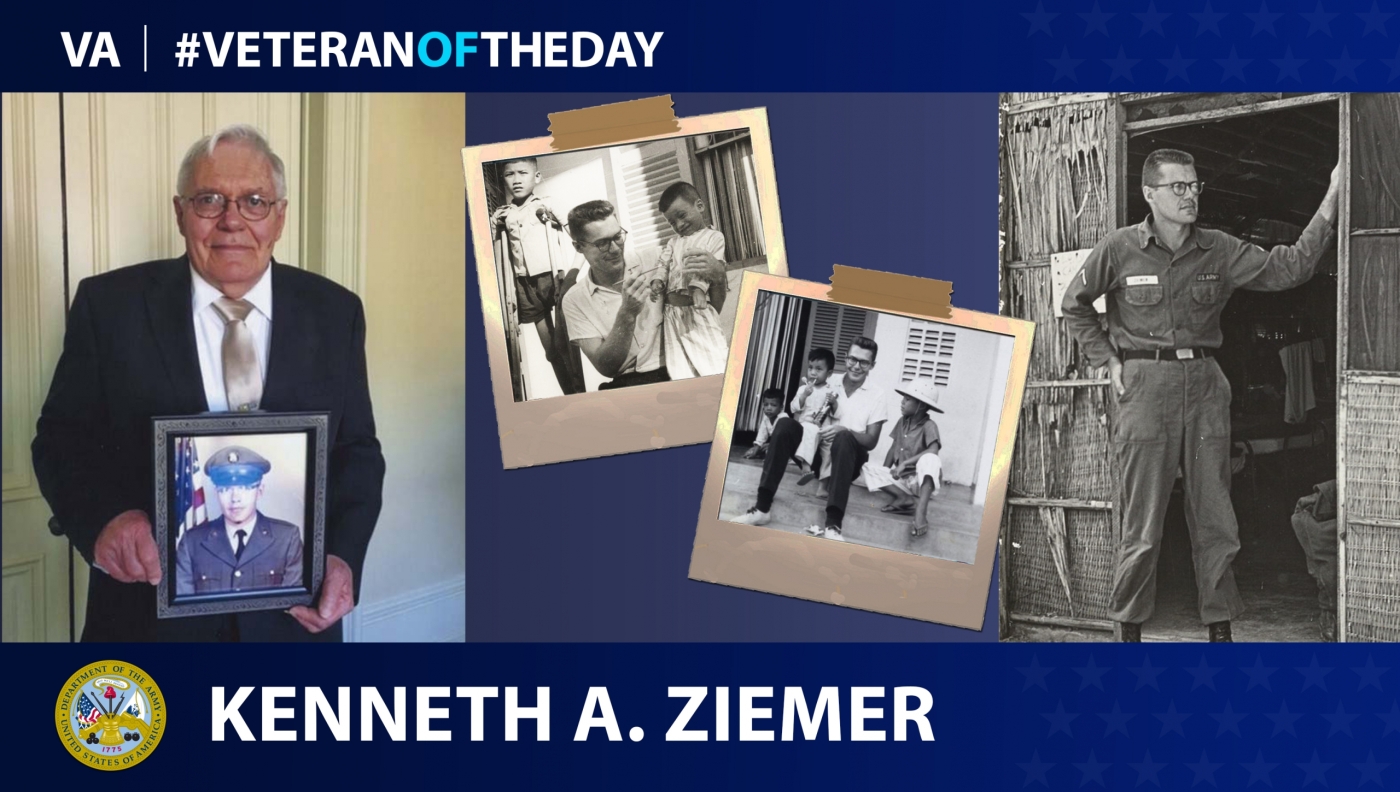 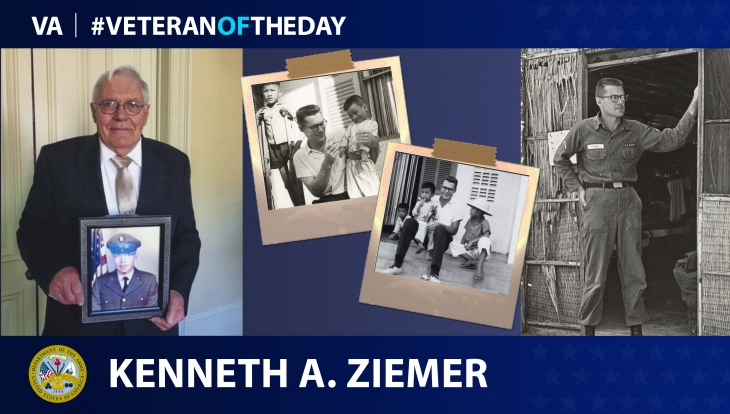 Today’s #VeteranOfTheDay is Army Veteran Kenneth Ziemer, who served as a pharmacy specialist during the Vietnam War.

Kenneth Ziemer grew up in Wisconsin, and the Army drafted him for the Vietnam War in 1964. Though he would have been exempt from the draft if he maintained his student deferment, Ziemer felt that he had a duty to fulfill. “I had felt, at that time, that…every male owed their country at least two years in military service,” he said in an interview for the Veterans History Project.

After completing basic training at Fort Knox, Kentucky, Ziemer was slated to attend military police school. Instead, he went to Brooke Army Medical Center in San Antonio, Texas, to train as a pharmacy specialist. Once he completed training, he briefly worked as a lab technician at Fort MacArthur, California, before going to Fort Lewis, Washington (now Joint Base Lewis-McChord). There, he compiled medical supplies in order to open a combat pharmacy in Vietnam.

Ziemer deployed to serve as a member of the 523rd Field Hospital in Nha Trang, Vietnam. Though the field hospital frequently ran out of sunscreen, diarrhea medication, cough syrup and specialized ointments, Ziemer used his background in chemistry to make the medication from scratch.

While in Vietnam, Ziemer spent much of the time he was off duty volunteering. He recalled frequently visiting the local orphanage to bring gifts to the children there. He enjoyed the visits so much that he began taking Vietnamese lessons with the intention of continuing to work with children in the area after leaving the military. Ziemer also helped to escort injured patients to concerts hosted by the USO, which featured American celebrities including Barbra Streisand and Bobby Rydell.

Though he was continuously encouraged to become a commissioned officer by his superiors, Ziemer turned down the offers.

“I was anxious to go home and become a civilian…I had big dreams about what I was going to accomplish in my lifetime,” he said.

Ziemer discharged in 1970 with the rank of specialist five. He currently resides in Yellville, Arkansas.