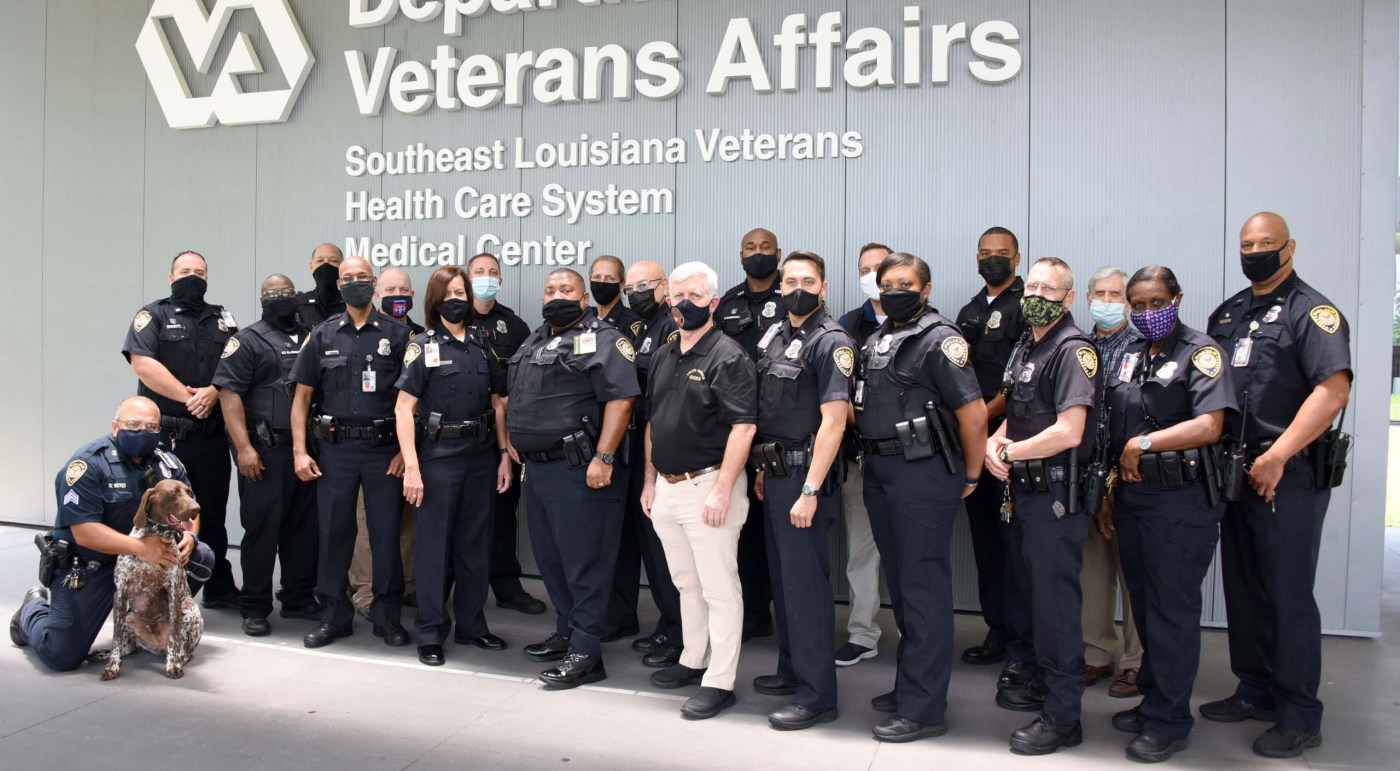 In July 2021, Connie Marie Washington was selected as the chief of police at the Southeast Louisiana Veterans Health Care System. She became the first woman to serve in that post.

Assuming her current role is not the first time she has broken new ground for women in the agency she has made a career with since 1983. In that year, she became the first woman police officer in the service she now leads.

Since then, her career has been a mix of challenges and triumphs, marked by constant dedication to protecting our nation’s heroes.

She earned a degree in criminal justice from Southern University of New Orleans, preparing her for her eventual career change.

Still, it wouldn’t be easy.

When Washington thinks back on her journey to where she is today, she sometimes thinks of those who told her she couldn’t do it. Some of the officers she served with in the early years didn’t think she was up to the job because of their bias toward a woman police officer.

“I may have been the first. But I’ll make sure I’m not the last.”

Even some of her family members doubted that someone who had been a shy child could make it in an environment where being assertive was a daily requirement. She would go on to prove them all wrong.

“Before I started with the police service, I knew the guys from having worked here,” she said. “But to become one of them, I had to earn my way just as much as anyone else. There was no special treatment because I’m a woman. I had to earn their respect.”

Along with her fellow officers, Veterans at the facility grew to know and respect Washington. They were a source of encouragement that kept her motivated despite the demands of her job.

“I know many of the Veterans here on a personal level,” she said. “I have two brothers who are Veterans. It’s the Veterans that make VA home to me and I wouldn’t trade it for anything else.”

One event in particular tested Washington’s dedication and bravery perhaps more than any other.

“I had just made captain a month before Katrina,” she said. “Of course, we had been through many hurricanes before and this one didn’t seem that much worse. As we kept watch over the hospital, we all thought the storm would pass and we would leave in the morning.”

Then they found out the levees broke.

“That was the most trying time,” she said. “As the waters rushed in, people got nervous and tempers flared. Our mission was to protect the Veterans and everyone in the building while wondering how our own families were doing. Eventually, the National Guard came in to rescue the people in the hospital.”

She said there was still confusion.

“No one knew where they were being taken,” she said. “I had to make sure my officers would be okay and that we could get people back to cover the hospital. It was the most difficult time in my career. Now, when I hear hurricane, I take nothing for granted.”

Volunteers with other officers at Habitat for Humanity

Most days, Washington said, the job is less stressful.

“When I walk the hallways and see the people I grew up with, the Veterans whose stories I know, I feel like I’m among family,” she said. “I enjoy my job, and I’m happy that I earned my way here.”

Not satisfied with relaxing after a job well done, Washington gives back to Veterans and her community.

When she’s not spending time with family, including her 101-year-old aunt, she and the officers who serve under her volunteer regularly with Habitat for Humanity. Most often, the homes they build or repair are for Veterans.

She also serves as a mentor for younger officers, including three women officers on her staff. She knows that seeing her serving in a leadership role can inspire others to do the same.

By Phil Walls is the public affairs officer at the New Orleans VA. He is a Marine Corps Veteran.