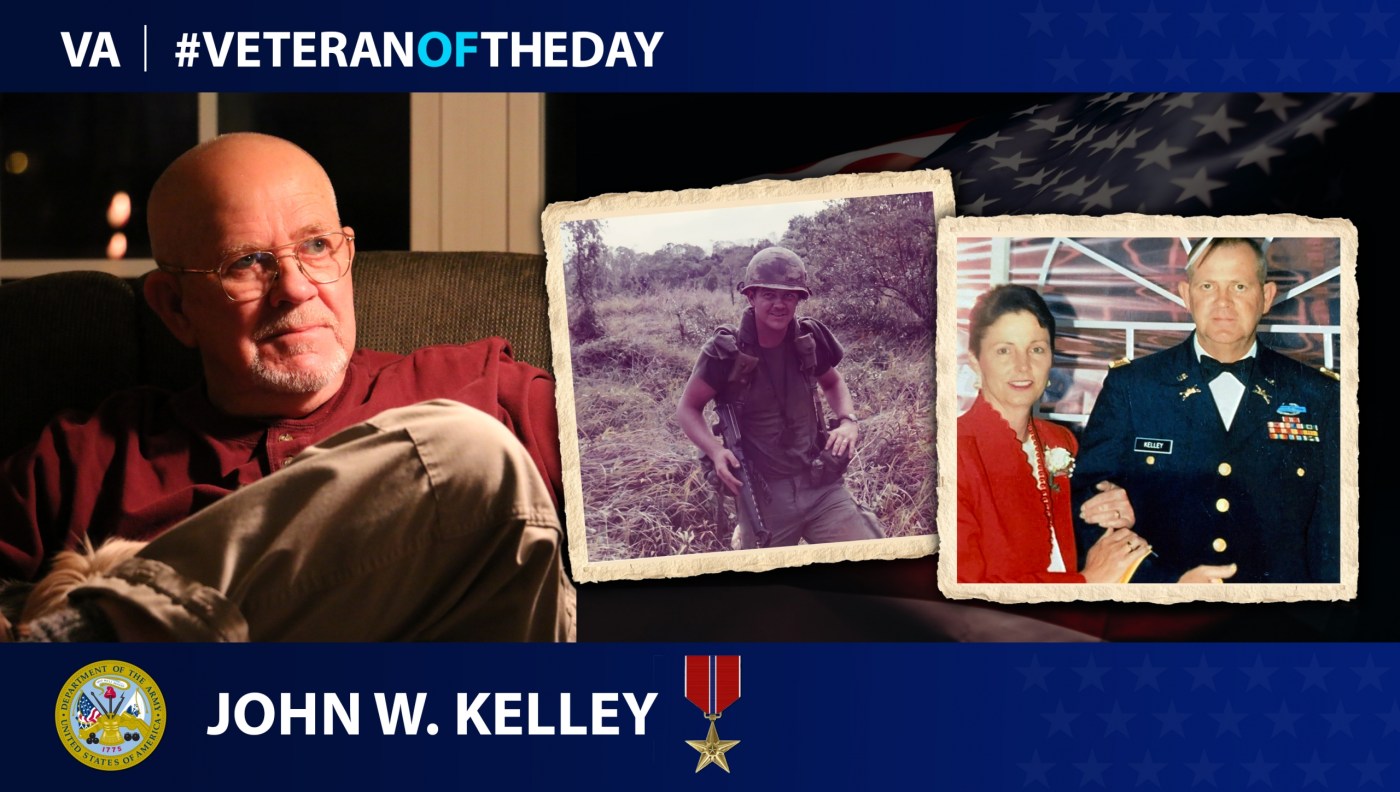 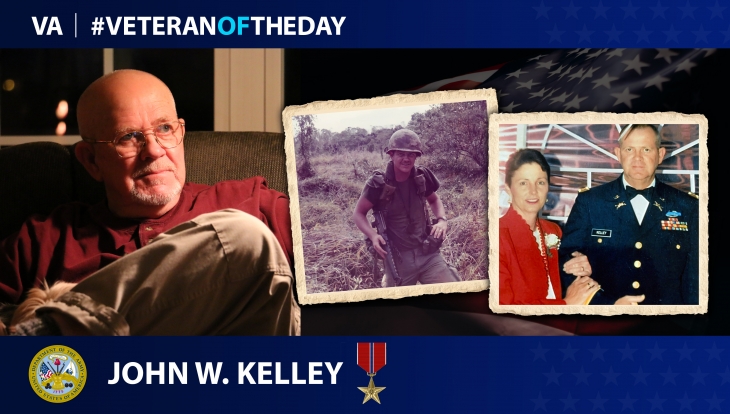 On his birthday, today’s #VeteranOfTheDay is Army Veteran John W. Kelley, who served three tours during the Vietnam War.

Born Aug. 30, 1945, John W. Kelley grew up in Mobile, Alabama, before moving to Covington County, Alabama, four years later. He joined the 900th Engineers with the Alabama National Guard in Florala as a junior in high school.

In January 1966, he deployed to Chu Chi, South Vietnam, with the 2nd Brigade Task Force in the middle of a large Viet Cong tunnel complex. They faced frequent sniper fire in addition to rocket and mortar attacks.

During his first tour in Vietnam, Kelley flew on a forward observer helicopter as a scouter observer, directing air and artillery strikes. He served his second tour in Vietnam as a flight platoon sergeant with the 118th Assault Helicopter Company, based at Bien Hoa Airbase. There, he flew missions up to four times a week to relieve crew chiefs.

Afterward, Kelley attended Army Aviation School at Fort Rucker and became an instructor in the Huey door gunner branch. Next, he attended Officers Candidate School at Fort Benning, Georgia. After graduating, Kelley commissioned as a second lieutenant and went to Fort Rucker with a long-range reconnaissance company. After a few months, he joined the 2nd Battalion, 4th Infantry Regiment with the 7th Corps in Germany.

From 1971 to 1972, Kelley served his third combat tour as a rifle platoon leader the 1st Platoon, “A” Company, 1st Battalion, 12th Cavalry Regiment, 1st Air Cavalry Division. After orientation at Bien Hoa, Kelley’s battalion went to a firebase and rotated being in the field on reconnaissance-in-force patrols daily and nightly ambushes with three other companies.

Kelley retired from the service in 1986. He served as the Junior Reserve Officers’ Training Corps’ senior Army instructor for Wingate High School at Fort Wingate, New Mexico. He was briefly activated during Operation Desert Storm in 1991. In 1992, he began working at General Dynamics, an aerospace and defense company, focusing on the Abrams Tank system at Fort Hood, Texas, and Saudi Arabia until retiring in 2009. Kelley lives with his wife in Milton, Florida, and has four children.