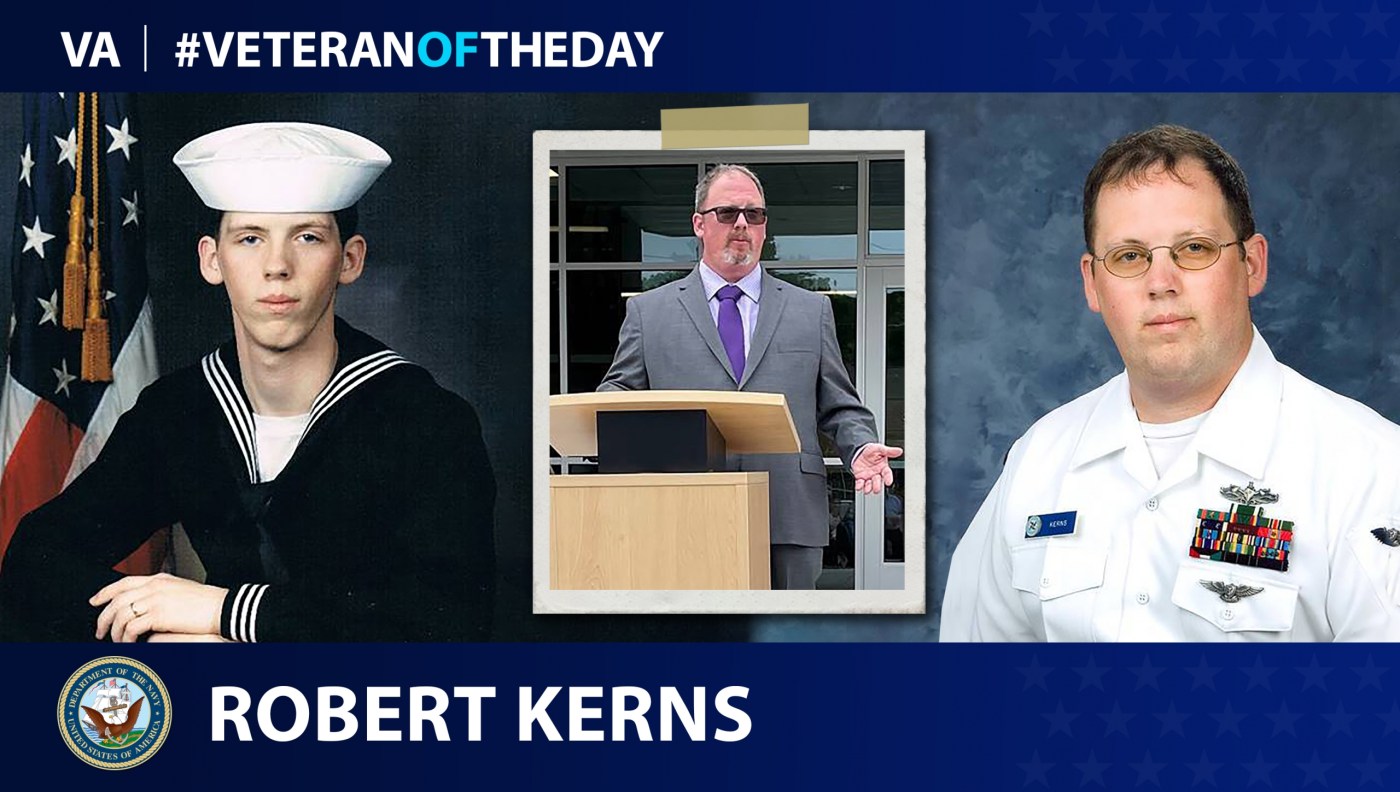 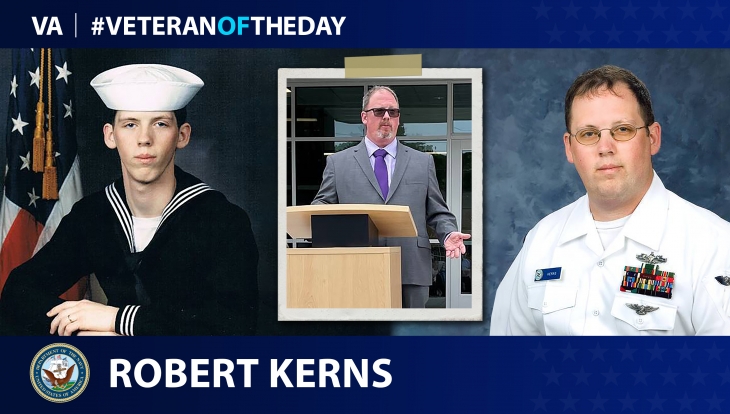 Today’s #VeteranOfTheDay is Navy Veteran Robert Kerns, who served in the Navy for 20 years, including a year in Iraq.

In 1990, Robert Kerns graduated from North Cobb High School in Kennesaw, Georgia. Kerns knew he wanted to go into the military, as his father served in Vietnam as an electronics tech and his grandfather served as a submarine sailor during World War II. He wanted to follow in their footsteps.

Kerns joined the Navy and completed his boot camp at the Great Lakes with Company 088 in 1991. He became a Navy journalist/mass communications specialist and began his extensive career by serving on the LST-1192, USS Spartanburg County, stationed in Little Creek, Virginia. This vessel served as a landing tank craft and assisted amphibious forces during times of crisis. Kerns would serve on this vessel for his first four years, from 1991 to 1995. During that time in 1992, Kerns deployed to the Mediterranean for six months.

Before USS Spartanburg decommissioned in 1994, Kerns deployed to Haiti for three months, participating in Operation Uphold Democracy. In 1995, he transferred to USS Firebolt (PC-10), stationed in Little Creek. He served on this vessel from 1995 to 1997, returning to the Mediterranean in 1996 and even seeing the Black Sea during that deployment.

Kerns transferred again in 1997 to the Naval Medical Clinic in Makalapa-Honolulu, Hawaii, for shore duty. He remained at the Naval Medical Clinic until 2000, before transferring to USS Theodore Roosevelt (CVN-71) in Norfolk, Virginia. In 2001, USS Theodore Roosevelt deployed for Operation Enduring Freedom and remained underway for 160 days. Following this deployment, Kerns went to Iraq in 2004 during Operation Iraqi Freedom.

Kerns served at Naval Reserves Forces Command-New Orleans, as the editor of Navy Reservist Magazine from 2004 to 2007. He evacuated to Memphis, Tennessee, for six months due to the devastation from Hurricane Katrina. He served a year as the television and radio leading petty officer for the American Forces Network (AFN) Diego Garcia. Kerns finished his lengthy career in Washington, D.C., after a year of service in Iraq, working as the head of AFN until his retirement in 2011. After his service, Kerns taught high school, believing it was the next natural step in his life.

Kerns’ most memorable moment during his Navy service was when he was a part of a ceremony where 222 sailors from 40 countries became U.S. citizens.

He is currently a public information officer, communicating the work the Department of Agriculture provides for rural America. Kerns lives in Garner, North Carolina, with his wife, Regan, kids and dog.