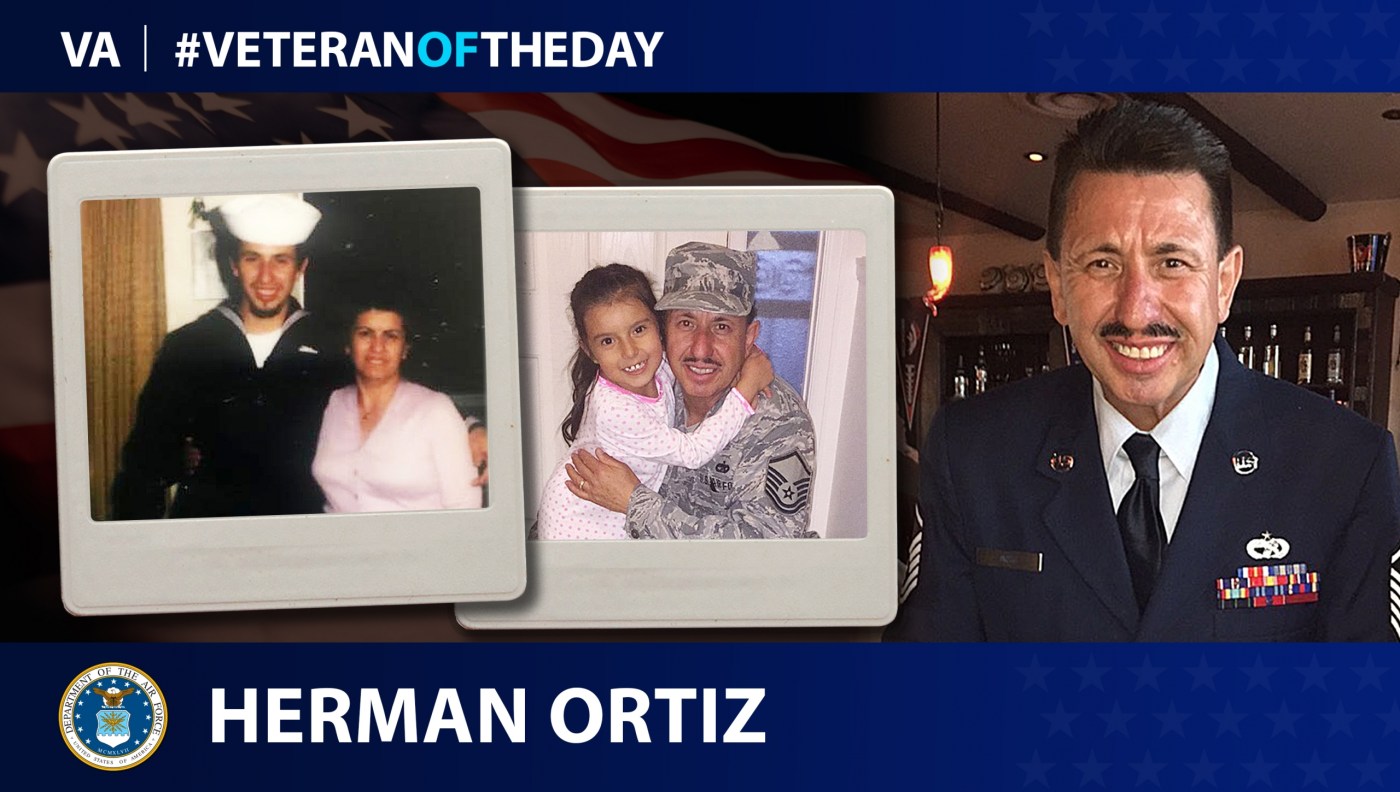 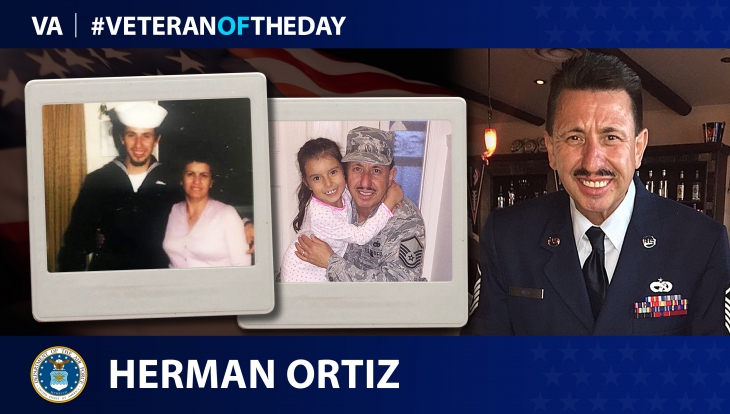 Today’s #VeteranOfTheDay is Navy and Air Force Veteran Herman Ortiz, who joined the service in 1978 and retired in 2015, serving in multiple roles.

Born in 1960, Herman Ortiz knew he wanted to join the military at a young age. At 12 years old, Ortiz decided he was meant to serve in the military after wearing a green army Halloween costume and “loving the feel of the uniform.” At this ripe age, he began to research joining the military for his future career.

Ortiz had always wanted to travel, so he joined the Navy when he turned 18. He remembered his first days in service as being tough.

“In my basic training in Illinois, men would cry on the rack…but I knew it was only a temporary thing to get to where I wanted to be and I knew what to expect.”

Ortiz was on active duty for four years on USS Ramsey as a machinist mate, then served as a Seabee for another nine years with NMCB-17. While deployed, he traveled to Japan, Korea, the Philippines, Hawaii, Hong Kong, Thailand, Singapore and Australia. He particularly loved the Philippines, recalling their sunny weather and friendly people. After serving in the Navy for 13 years, he went on to serve in the Air Force. Ortiz simultaneously balanced his duties in the military while working as a mailman starting in 1984.

Ortiz retired from the military in 2015 and remained a mailman for four more years, retiring in 2019. Toward the end of his postal career, Ortiz’s mother was diagnosed with Parkinson’s disease and she needed a caregiver, however, her treatments were expensive, and Medicare hardly covered any of the costs. Ortiz decided he would dedicate his retirement money to take care of her. Unfortunately, his mother died before he got the chance to do so.

Though Ortiz could not help his mother, he used his retirement money to form a business dedicated toward providing Veterans with home care assistance. Ortiz stated that his time in the military taught him many valuable lessons that have helped him prepare for his new business, by teaching him firm discipline for working and ensuring his business became a success.

“To prepare for war is a constant job, whether guns or not you are constantly preparing for that, just in case it happens, and you are always practicing for it.”