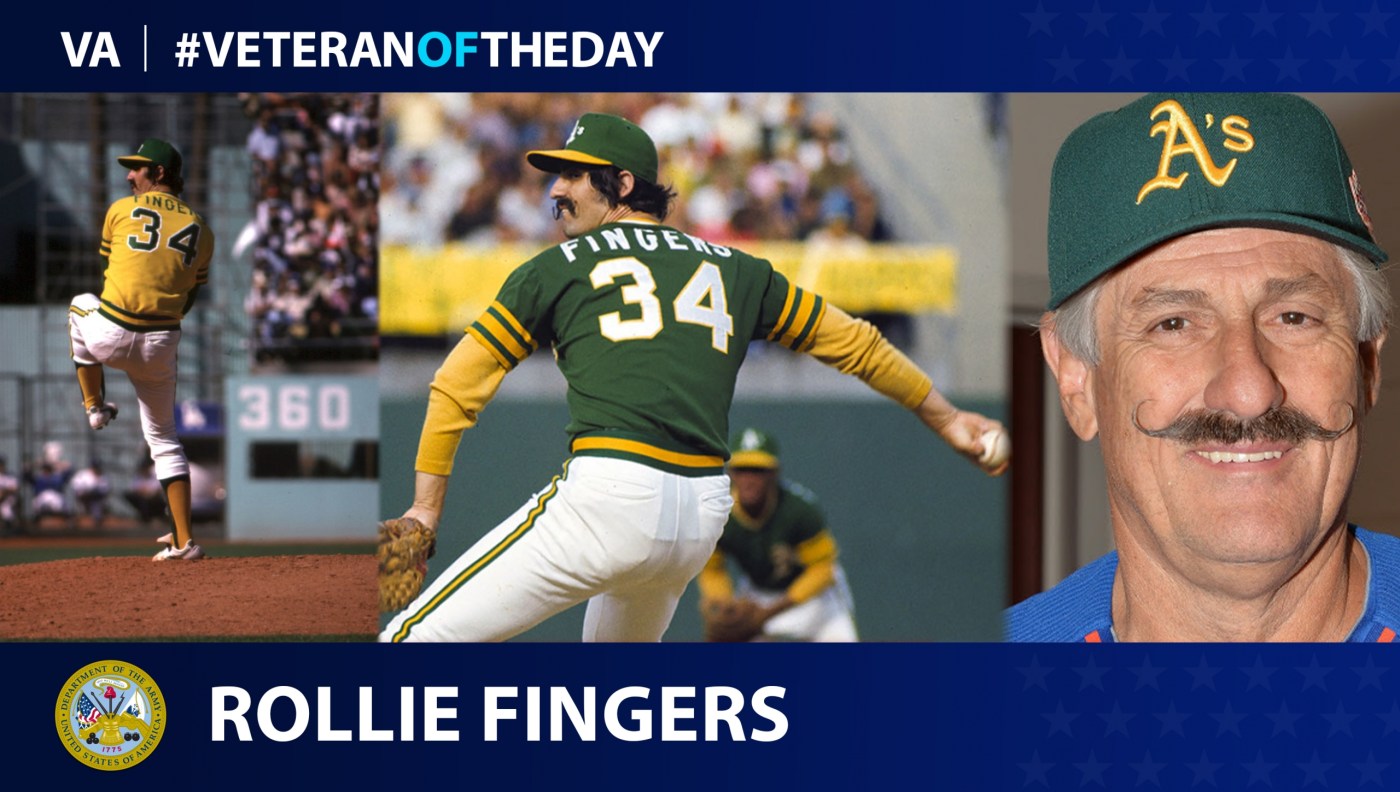 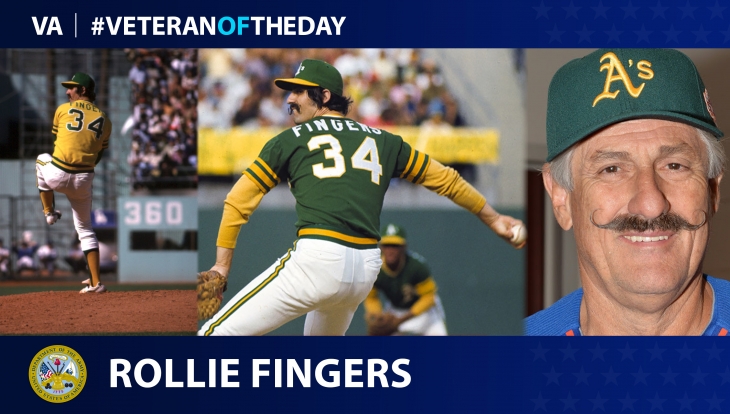 On the eve of the Baseball Hall of Fame induction, today’s #VeteranOfTheDay is Army Veteran Rollie Fingers, who was inducted into the hall in 1992.

Fingers played American Legion Baseball while in high school. His team, the Upland Post, would go on to win the 1964 American Legion World Series. During college, he received a sign-on bonus to play for the Los Angeles Dodgers, but he turned down their offer and signed with the Kansas City Athletics in December 1964. Fingers played in the minor leagues as a relief pitcher until 1968, when he joined the Oakland Athletics. That same year, he decided to follow his family’s tradition of military service and joined the Army Reserve. He served for six years, while playing in the minor and major leagues.

Fingers led the league in games pitched twice and finished in the top 10 in league saves seven times. The Oakland Athletics won three World Series titles from 1972 to 1974. Fingers was the World Series MVP of the 1974 Series based on his save work for the team. In 1974, Fingers honorably discharged from the Reserve and began playing baseball full-time.

Fingers signed as a free agent with the San Diego Padres in 1976. During his time with the team, he led the league in saves during his first two seasons and tied the National League record of 37 saves. In 1981, Fingers was traded to the Milwaukee Brewers and played with them for four years until his retirement in 1985. Fingers finished his career with 114 wins, a record 341 saves, 1,299 strikeouts, a 2.90 ERA and 1,701.1 innings pitched over 944 games.

During his 21-year career, Fingers won the Rolaids Relief Man of the Year Award four consecutive times. He was the league MVP and Cy Young Award recipient in 1981.

In 1992, Fingers was inducted into the Baseball League Hall of Fame. His number 34 was retired by the Brewers that same year; his number 32 with the Athletics was retired in 1993.