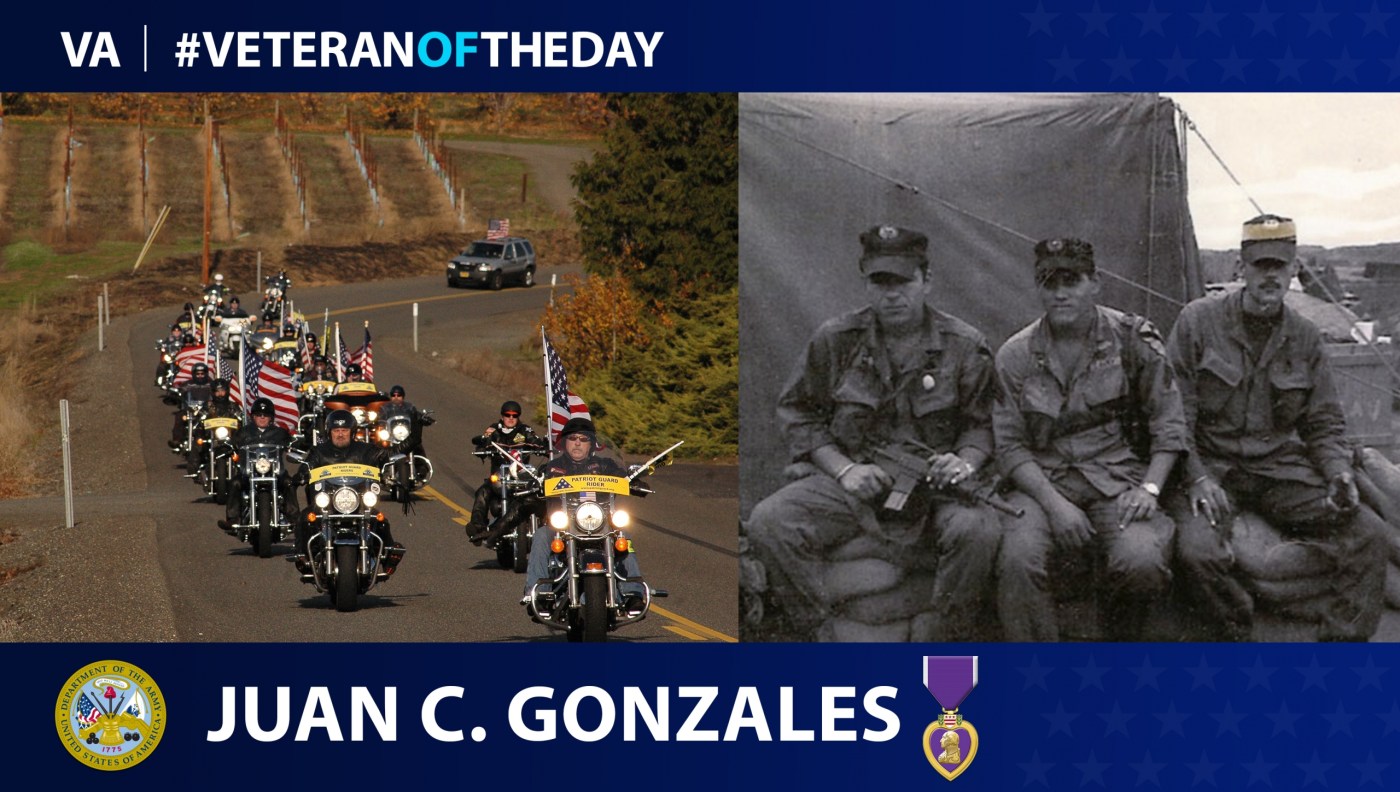 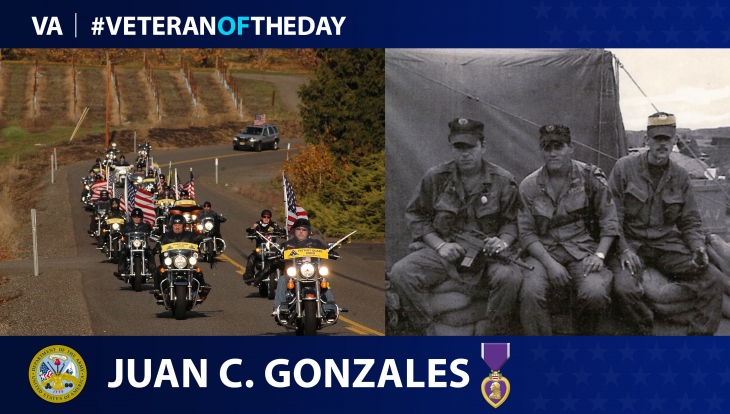 Born June 1947 into a military family in Sonora, Texas, Juan Carlos Gonzales always knew he would serve. His father and uncles served in World War II. During his childhood, he and his friends wore camouflage and had BB guns as they would “patrol” the land.

In September 1965, Gonzales enlisted into the Army. After completing basic infantry training, he joined his friends in their paratrooper training. He served with the 173rd Airborne Brigade and when he arrived in Saigon, Vietnam, he joined the 1st Cavalry Division. Gonzales did various tasks at the base camp in the Central Vietnamese Highlands but was frustrated that he was not fighting.

He became interested in the Pathfinders, which was a special unit of paratroopers who aided aviation on the ground. Gonzales claimed to be Texas Congressman Henry B. Gonzales’s nephew. He then told the captain he wanted to transfer to the Pathfinders or he would expose the problems on the base to the legislator. He immediately transferred to the 11th Pathfinder Company, 11th Aviation Group, 1st Cavalry Division. When he was not in combat on the frontlines, his role as a Pathfinder included guiding helicopters to wounded soldiers and helping gunners out of helicopters.

The 1968 Tet Offensive changed everything. When the North Vietnamese surprise attacked U.S. and South Vietnamese forces, they attacked Hue. Army forces then went to the city in a counterattack, which was known as the Battle of Ti Ti Woods. Gonzales risked his life against enemy fire and guided helicopters towards wounded soldiers to save them, one of them being Capt. Howard Prince who later thanked Gonzales for saving his life.

He returned May 5, 1968. At Fort Benning, Georgia, he became assistant instructor at Pathfinder School. He honorably discharged in September 1968.

He married Lilia Perez in 1969 and they had two children. After working in construction, he earned a qualifying certificate from Texas A&M University and became a professional surveyor. He was elected Sonora’s county commissioner. Gonzales joined the Patriot Guard Riders, who attend funerals of fallen military and protect them from protestors.