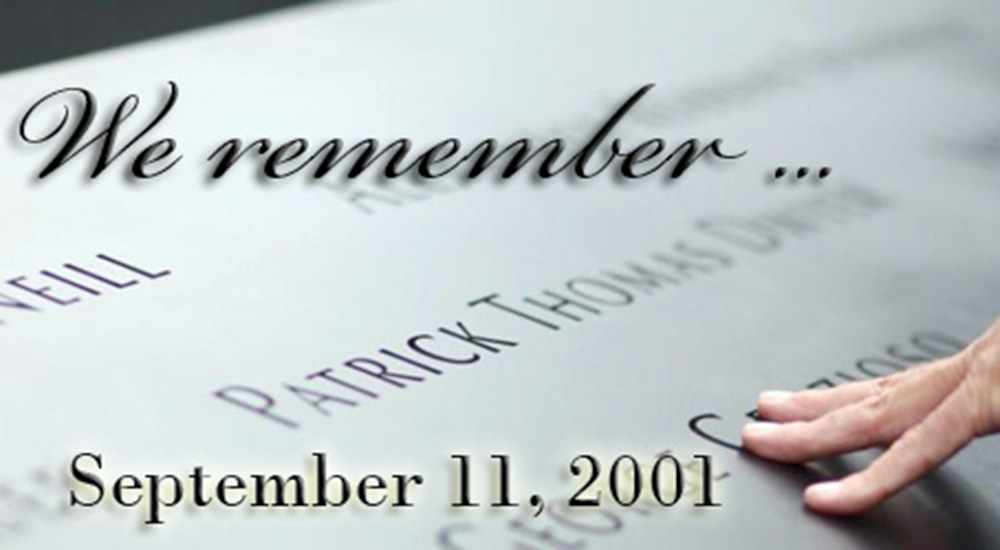 On Sept. 11, 2001, Sheridan VA Business Office Chief John Grote was serving the Army in the Pentagon. Here’s what he remembers about 9/11:

“After the initial attack on the building, I failed to heed the directions to evacuate the building as there were those around me in need. I supported rescue operations in several locations around the building that day.

One effort stood out. I found myself with other military members digging into a hole that had been punched through the wall of the Pentagon on the C-ring on the main floor of the building.

We could hear the cries from those still trapped inside, buried under an assortment of office equipment with flames dripping down from burning jet fuel above and with thick acrid smoke permeating every breath.

We had formed a line with those in the back of the line shooting fire extinguishers ahead to keep the flames off those at the front of the line digging through the debris to those trapped.

In that line was the Air Force surgeon general, a Navy SEAL, an Army major and an assorted grouping of officers and enlisted Soldiers.

No one asked, “Who are we looking for?” We were responding to the cries of trapped military personnel.

Raising the American flag on the site of the New York City terrorist attack.

No regard to service, gender, political party was at issue.  It was a band of individuals bonded together for a common good.

It is what makes our military so awesome and our Veterans so special. The commitment to a common good and a willingness to serve.”

Many VA medical centers will be holding special ceremonies today. Here are just a few. (Check here for VA events in your area.)

Charlie Norwood VA is partnering with Augusta University for an event today which will include a Tunnel to Towers 5k Run & Walk, speakers, and singers at the University’s amphitheater.

The VA Black Hills Health Care System held a Stand Down and Veteran Resource Day on September 10. There was a Veteran Recovery Concert that evening. A Patriots Day Parade will be held today followed by Freedom Fireworks tonight in Box Elder, SD.

Reno VA will join Truckee Meadow College, first responders and others for a 36 mile “Ruck To Remember” while carrying the dog tags of Nevada fallen from 9/11 forward.

After the ruck, there will be a ceremony at the Sparks Marina in partnership with the Nevada Air and Army Guard, and community colleges and universities.

The Northern Arizona VA Health Care System in Prescott, AZ, has a special event which will include a flyover and a guest speaker who was on his way to a meeting at the Twin Towers when the first plane hit. Tony Reed is a Desert Storm and OIF Army Veteran.

VA New England shares the story of Dr. James Geiling. On Sept. 11, 2001, Dr. Geiling stood at the entrance to a bridge, just across the river from the Pentagon. He was feeling helpless. He watched thick smoke bellow from the ugly gash in the side of the iconic building.

By Hans Petersen is an Air Force Veteran, and is currently a writer and editor for the Veterans Health Administration. In the past, he was a Peace Corps volunteer in Nigeria, a radio talk show host, and won a PBS Emmy for his One Man Show as “Tom Paine” on KUED-TV in Utah.