Reverse shoulder replacement gets Navy Veteran back to his hobby 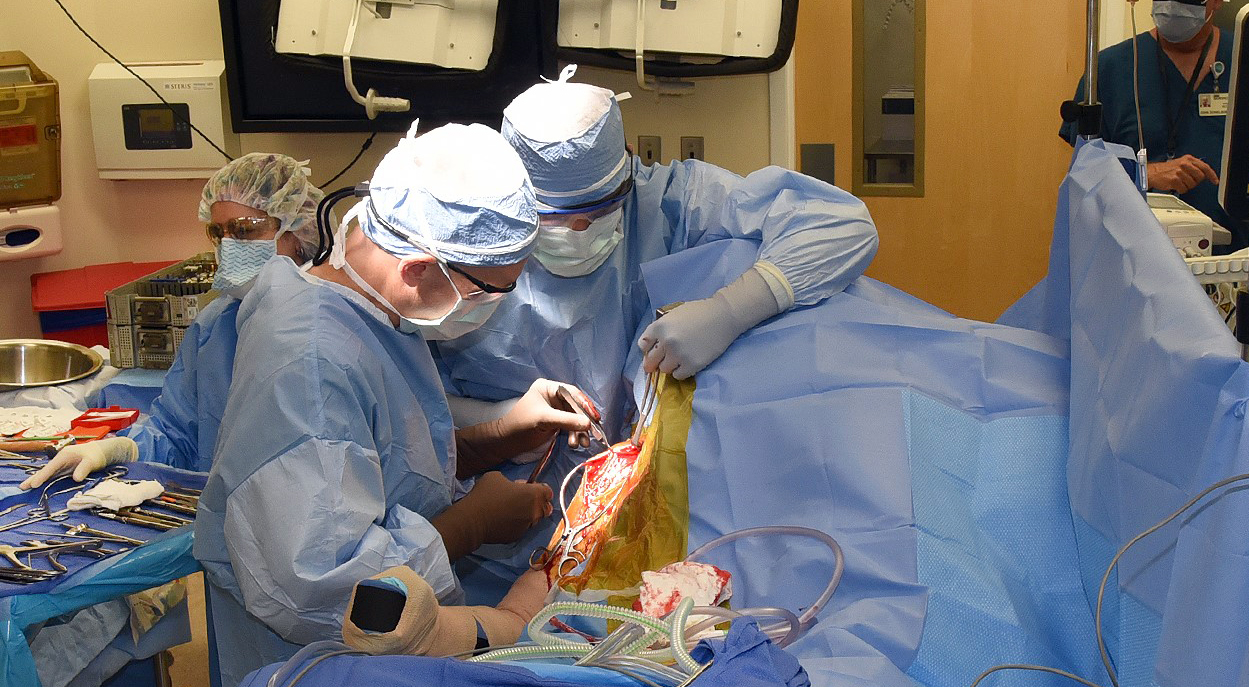 Navy Vietnam Veteran Bill Metcalfe took a hard fall while working on a roofing job. He landed on his right side and lay there gasping for air.

“After a couple of minutes, I got up and was fine,” he said. “I never knew there was a problem until I was playing cornhole and damaged tendons in my arm and shoulder. My arm is pretty useless right now.”

Thanks to a partnership between Salisbury VA and Atrium/Wake Forest, Metcalfe is on his way to hitting the cornhole boards again. The procedure is called a reverse total shoulder replacement and it’s for patients with rotator cuff damage.

“Rotator cuff tears are one of the most common problems people have with their shoulders,” said Dr. Chris Tuohy, associate professor of Orthopedic Surgery at Atrium/Wake Forest, who specializes in shoulder, elbow and hand surgery. “When people have a pattern of arthritis in their shoulder from a big rotator cuff tear, often they can’t raise their arm past shoulder height.”

“The benefits of a partnership between Salisbury VA and Atrium/Wake Forest are that it brings better access to the Veterans and also allows us to bring skill sets to VA that we wouldn’t otherwise have,” said Dr. Jeffrey Baker, section chief of Orthopedic Surgery at Salisbury VA. “Dr. Tuohy has been able to significantly help facilitate Veteran care.”

Veterans with “normal” shoulder arthritis are candidates for the full shoulder replacement. However, those with rotator cuff tears lack the stabilizing tissue to support that type of joint. The reverse procedure switches the placement of the ball and socket parts of the shoulder joint.

“It changes the biomechanics of the shoulder,” said Tuohy. “It’s pretty revolutionary in terms of helping people regain their function, especially in older patients. Reverses are a constrained implant. It holds itself together naturally on its own and doesn’t rely on the soft tissues healing much.”

Recovery time for a reverse procedure is usually four to six months. Patients typically will use a sling for the first month. After that, it’s just a matter of building up strength in the shoulder.

“The big thing that patients like about it is that it gets rid of their pain pretty quickly, usually within a couple weeks,” said Tuohy. “And they are particularly happy that they can raise their arms and do things overhead, like putting dishes away or washing their hair. It makes a big difference for folks in terms of their daily activities and being able to take care of themselves.”

Metcalfe’s daily activities include playing a lot of cornhole and, following a successful surgery, he is excited to get back to the game he enjoys.

“It’s entertainment for me and exercise, too. And I’m hard to beat,” he said.

By Todd Goodman is a public affairs specialist at the Salisbury VA. Photos by Luke Thompson, Salisbury VA Medical Media.