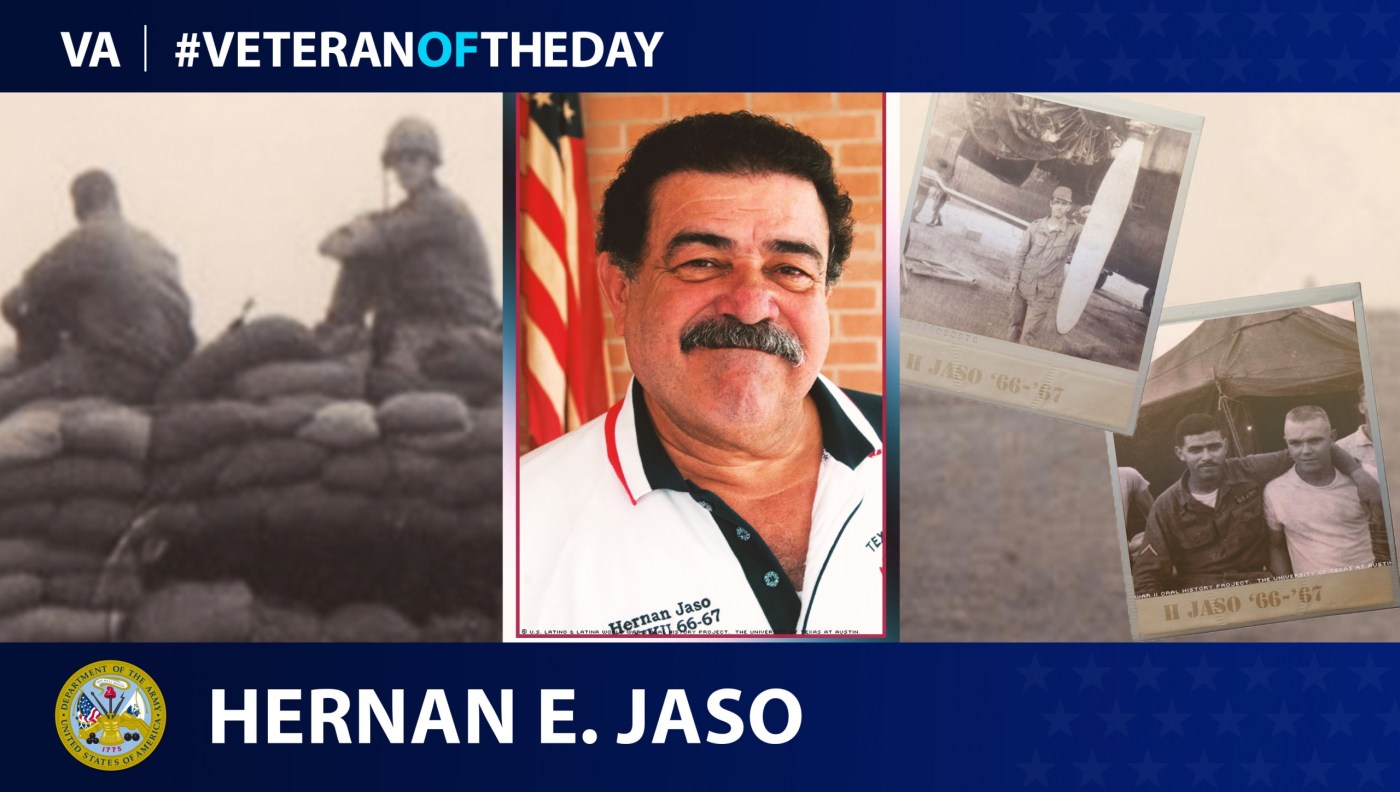 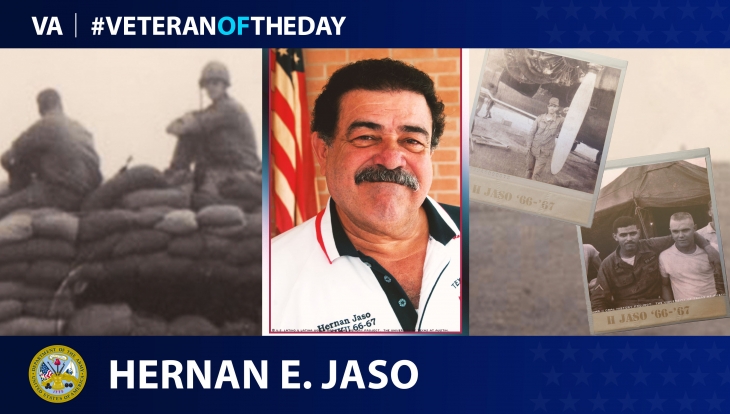 One of five siblings, Hernan E. Jaso was born in August 1944 in Refugio, Texas, to a close-knit family.  His father was a World War II Veteran who served under General George S. Patton, and after the war, he worked as a surveyor of Refugio County for 38 years. Jaso’s mother was a homemaker and seamstress as well as a descendant of the Benavides family who founded Victoria, Texas.

Jaso graduated from Refugio High School at age 17. After earning his associate degree from Victoria Junior College, the Army drafted him in 1965. Jaso shared in an interview with Tina Hughes of the Voces Oral History Center how basic training prepared him well for Vietnam. He stated that through this experience, “One learns responsibility and is disciplined beyond the norm.”

After completing basic training at Fort Polk, Louisiana, he married Julie Hernandez. Jaso completed additional training at Fort Eustis, Virginia, where he learned to specialize in the sheet metal trade used to repair aircrafts in Vietnam. He then went to Fort Campbell, Kentucky, where his unit, the 604th Transportation Company, 14th Transportation Battalion mobilized as a part of the 101st Airborne Division. They deployed to Vietnam via ship onboard the U.S. Army transport General Nelson M. Walker.

Jaso arrived off the southern coast of Vietnam in March 1966 before boarding patrol torpedo boats. After arrival in Quy Nhon, Vietnam, he went to Camp Holloway in Pleiku. The existence of spies resulted in the base having issues with security risks. In one instance, six Vietnamese barbers were discovered at the base radioing intelligence to the enemy. After 13 months, Jaso’s tour in Vietnam ended in February 1967. Jaso completed his Army service at Hunter Army Airfield in Savannah, Georgia, before being honorably discharged.

For 18 years, he worked as a lab analyst at E. I. DuPont. Later, he was the special investigator for the Texas Attorney General. Jaso also went back to college to earn a degree in criminal justice from the University of Houston-Victoria.

Jaso was the first Hispanic mayor of Goliad, Texas, a position he held from 1977 to 1982. He worked to increase rights for minorities and improve the town’s infrastructure. Jaso helped to further good relations between the U.S. and Mexico by working with Mexican officials to build a bronze statue of Ignacio Zaragoza, a Goliad-born Mexican general who won the Battle of Puebla in May 1862. For this, he received the Jose Morelos Y. Pavon International Award. Jaso was also the executive director of the Greater Victoria Hispanic Chamber of Commerce. With the goal of improving education, he became president of the Regional Advisory Board at the University of Houston-Victoria and president of the General Zaragoza Society, a scholarship non-profit organization.