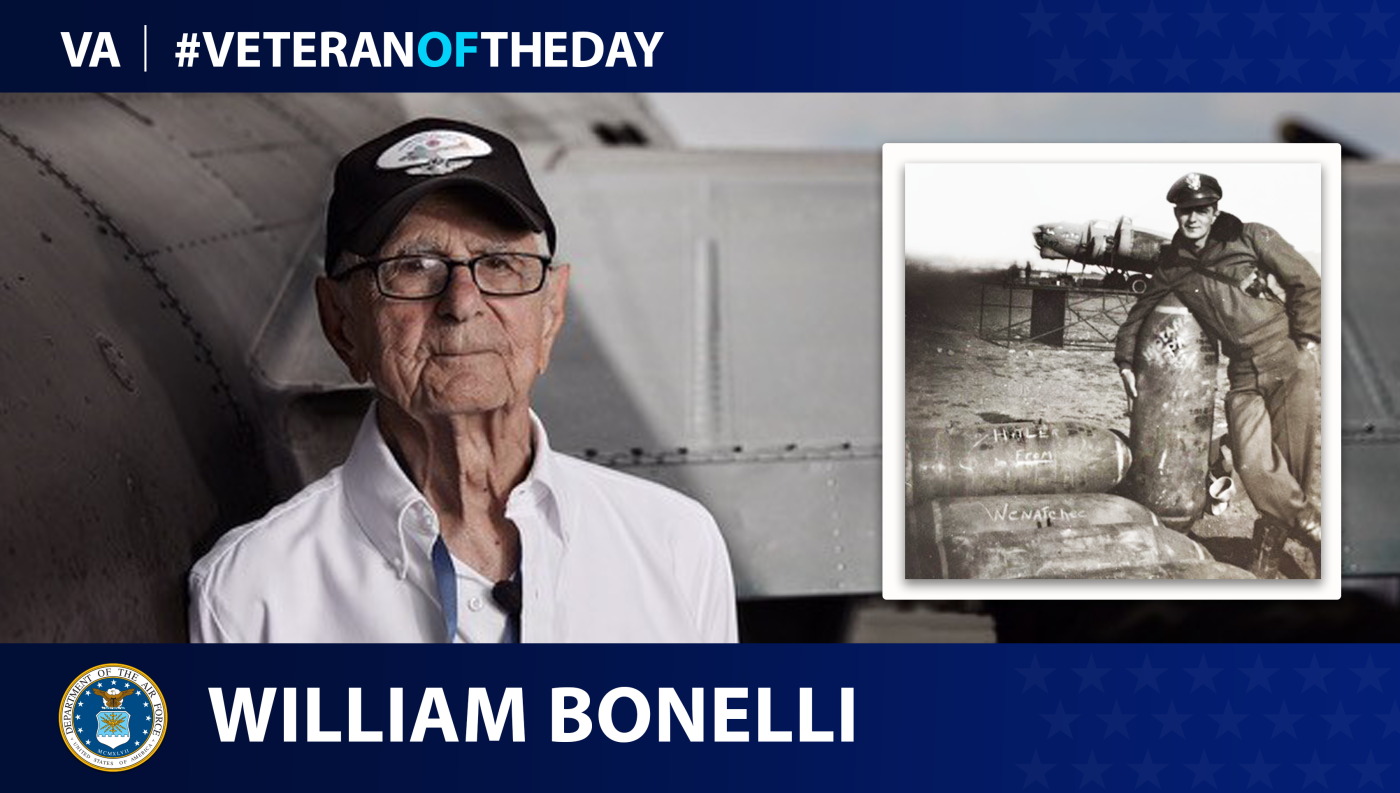 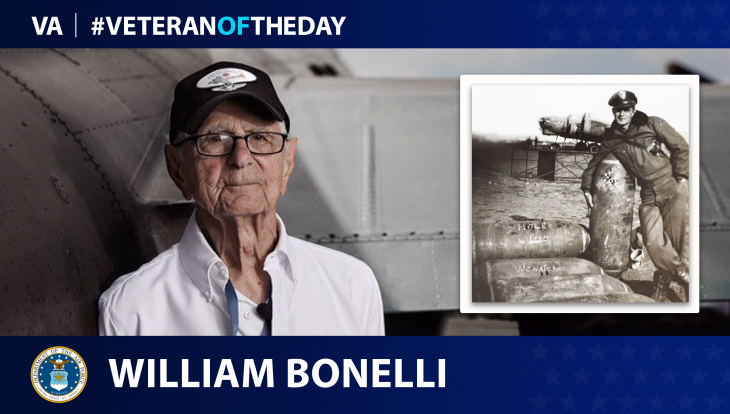 Today’s #VeteranOfTheDay is Air Force Veteran William Bonelli, who survived the attack on Pearl Harbor and lived to be 100.

As tensions were rising in Europe, William Bonelli knew that news of war was coming. Instead of waiting for the draft, he enlisted in the Army Air Corps due to his interest in airplanes and passion for all things that flew. He served as an aviation mechanic for planes, including the B-17 Flying Fortress.

After Bonelli completed basic training and in September 1940, he went to Hickam Field (now Air Force Base), Hawaii. On his way to a camping trip, Bonelli drove past a car with antennas parked on the beach. The next day, on his way back to the base, he saw unrecognizable planes flying towards Honolulu. Bonelli joked they were at war since he could not identify the planes. Then, in the distance, he witnessed the attack on Pearl Harbor. Following the event, he was convinced the men he saw inside the car guided the enemy planes.

Bonelli joined the military with the intention of becoming a pilot. After an assignment to Fiji in 1942, he attended flight school in Hobbs, New Mexico, in 1943. While stationed in Foggia, Italy, in 1944, Bonelli was the group and squadron leader with the 77th Bomb Squadron, 463rd Bomb Group. Later that year, German fire damaged his aircraft as he flew over Pilsen, Czechoslovakia. He was shaken up after the attack but created a new strategy he believed saved many lives in his squadron for the sortie missions over Regensburg, Germany. Bonelli completed 30 sorties over Nazi-controlled Europe and was the squadron commander and lead pilot for 21 of them.

When the war ended, Bonelli was permitted to fly on a B-17 to Egypt and Israel to sightsee. His love of aviation prompted him to continue serving in the Army Air Forces, which later in his career became the Air Force. During the Cold War, he served in Bentwater, England. Bonelli went to Hobbs and accomplished his dream of flying the fighter-bomber F-84F Thunderstreak, which had the capability of delivering nuclear bombs. He took as many aviation classes he could during his service and learned how to fly a helicopter. He also was a flight and mechanics instructor. After 20 years of service, Bonelli retired in 1960, at age 39 as a lieutenant colonel. He received a Distinguished Flying Cross during his service.

Following his retirement from the military, Bonelli worked in the Federal Aviation Administration. He spent most of his life in Oklahoma. In 2019, he earned an honorary degree from Valley Forge Military College.