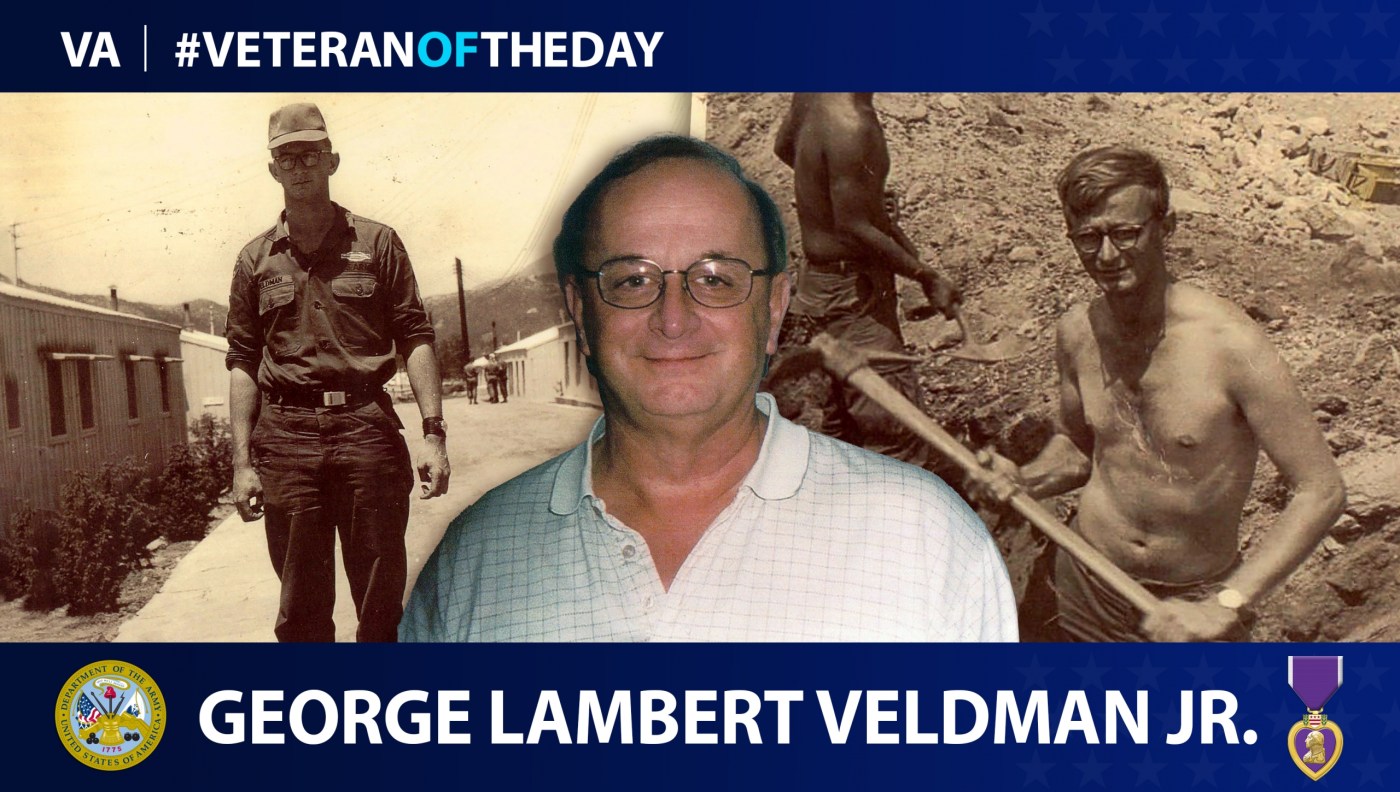 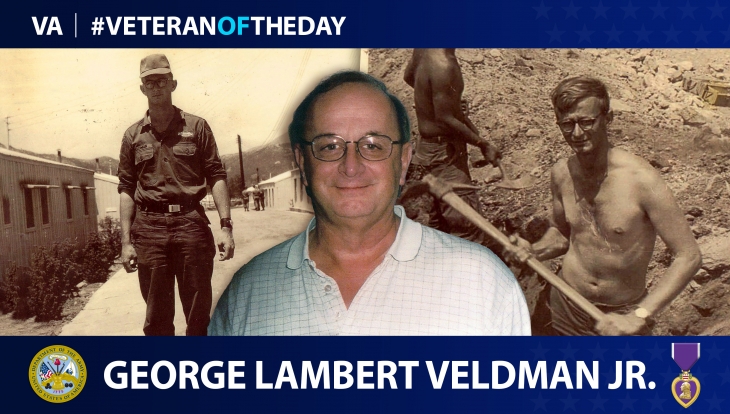 While living in Highland Park, Michigan, George Lambert Veldman Jr. received his Army draft notice Jan. 18, 1968. He first went to Fort Wayne, Indiana, for induction, then to Fort Knox, Kentucky, for basic training. Upon completing basic training, Veldman Jr. arrived at Fort Polk, Louisiana, to undergo infantry training. While at Fort Polk, he received an opportunity to train in Fort Benning, Georgia, for 14 weeks to become a leader for soldiers in combat. He completed this training successfully and afterward went back to Fort Polk to assist with leading basic training, as well as Advanced Infantry Training.

Shortly after arriving back at Fort Polk, now as a corporal, he went to Tan So’n Nhat Air Base in Saigon, Vietnam. His unit was the 11th Infantry Brigade, part of Company C of the 23rd Infantry Division on the LZ Cork base in Vietnam. He flew to Da Nang through active combat zones. During one flight, a shooter knocked down the helicopter carrying Veldman Jr. The passengers had to jump out of the helicopter.

As a sergeant, Veldman Jr. was a squad leader. The main objective of his unit was to patrol and destroy things that could be considered dangerous to American troops. Veldman Jr. described in an interview for the Library of Congress’ Veterans History Project how they would often encounter hostile fire every time they would go out. When Veldman Jr. and his troops were not in combat or patrolling the jungles, they would sometimes visit the local villages and meet residents whose presence protected the soldiers. They would also help these citizens by taking them to base camp since the North Vietnamese Army would arrive at night to steal food.

On Jan. 31, 1970, Veldman Jr. honorably discharged as a sergeant. For his service, he received two Purple Hearts.

Veldman Jr. later remarked how many people were reluctant to wear their uniforms when they came home out of fear of attracting Vietnam War protesters. However, he went home to Michigan to meet his girlfriend and future wife, Penny. He got a job in the accounting department at the Secretary of State office in Michigan. From there, he decided to go back to school under the GI Bill. After about eight years of working and studying, Veldman Jr. graduated from Central Michigan University with a degree in business administration. Veldman Jr. still keeps in contact with a few of his friends from his time of service via letters. He said, “Those were my two closest friends… that I relate to.”