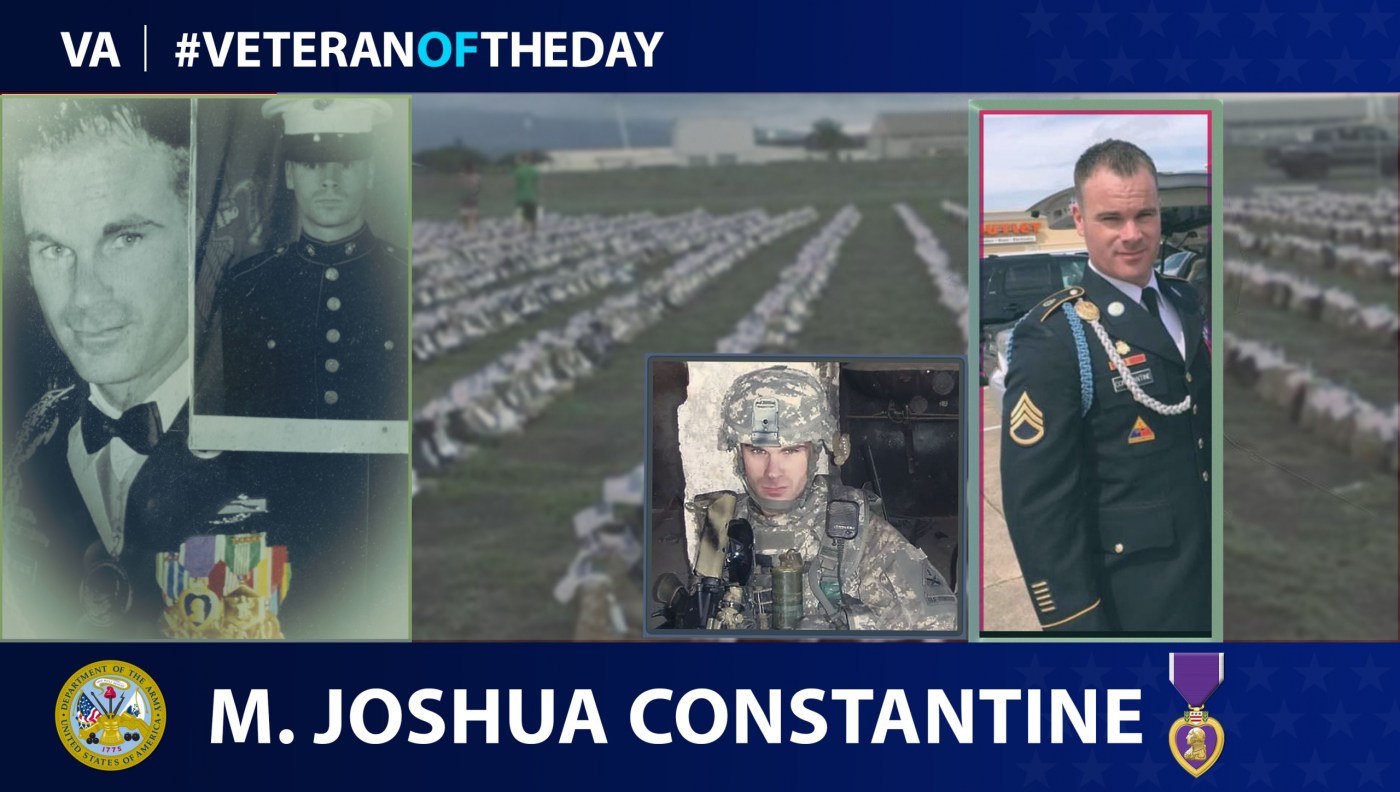 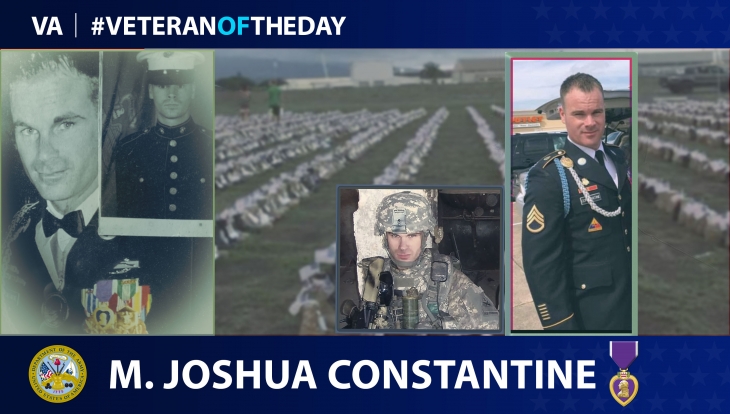 Today’s #VeteranOfTheDay is Army Veteran Michael Joshua Constantine, who served three tours in Iraq and one tour in Afghanistan.

Michael Joshua Constantine joined the Army in 2005 after serving as a Marine Corps Reservist. Constantine served as an infantryman in the Army for the majority of his service.

The Battle of Sadr City was a blockade on the Mahdi Army in Baghdad by U.S. and Iraqi forces during the Iraq War. Constantine led his team along Route Gold, a major road running through the city. Constantine and his team cleared several key rooftop positions along Route Gold and established important machine gun support points throughout the city. He placed himself directly in the line of enemy fire to complete his mission and helped sustain the blockade.

Constantine endured multiple gunshot wounds in Iraq and received a Purple Heart for his combat injuries.

In 2016, he deployed again to Afghanistan’s Helmand Province.