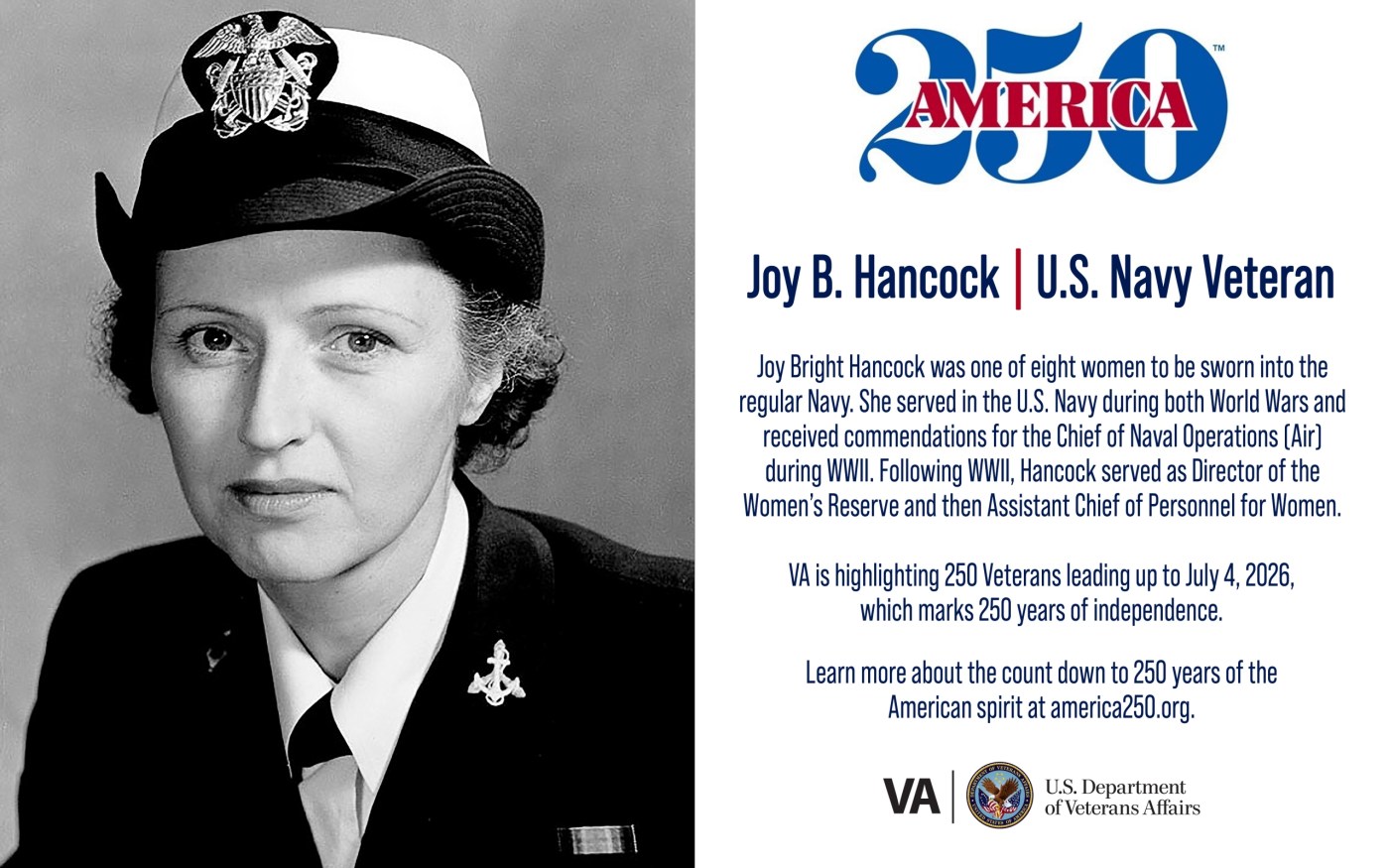 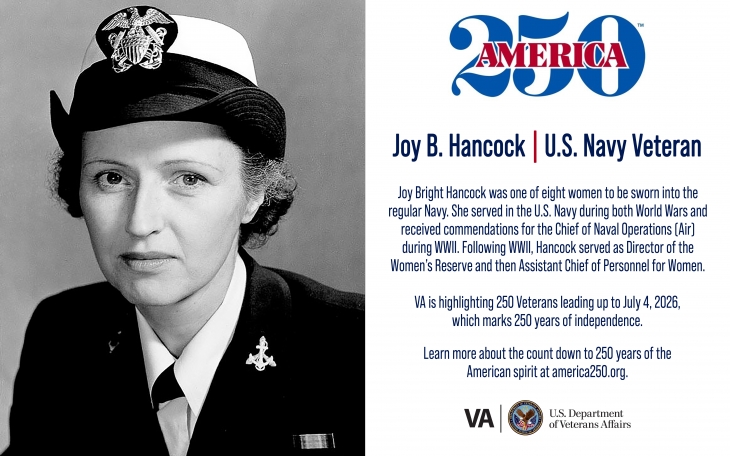 In 1918, Joy Bright Hancock decided to enlist in the Navy. As a yeoman first class, she was among the first group of women to serve in the Navy. Hancock initially served at the New York Shipbuilding Corporation yards in Camden, New Jersey. As chief yeoman, she also worked at the U.S. Naval Air Station at Cape May, New Jersey. When the war ended, she mustered out in September 1919 and worked as a civilian employee at the Naval Air Station in Lakehurst, New Jersey.

During the interwar years, Hancock served as the civilian head of the Editorial and Research section of the Bureau of Aeronautics, Navy Department. She also worked as a special assistant for the Women’s Reserve to the Deputy Chief of Naval Operations (Air). Additionally, she started the Naval Aviation News magazine, which is still in circulation today. When World War II began, Hancock rejoined the Navy in personnel. She commissioned as a lieutenant based on her World War I and interwar service. She joined the newly formed Women Accepted for Volunteer Emergency Service (WAVES).

Based on her background as a licensed pilot, Hancock encouraged the Bureau of Aeronautics to use qualified WAVES personnel in naval aviation functions. According to a Naval History and Command Heritage website article from 2008, over 20% of the 90,000-plus female Reservists went on to work in the aviation community, performing a variety of duties ranging from air traffic controller to aviation mechanic. They also helped train most Navy pilots during World War II. The WAVES integrated into the Women’s Naval Reserve when the war ended. In February 1946, Hancock became assistant director. She became director of the department in July of that same year.

As director of the Women’s Naval Reserve, Hancock was active in the formatting and implementing of the Women’s Armed Service Integration Act of 1948. This act allowed women to serve in all branches of the armed forces, enabling WAVES in the Reserve to actively serve in the Navy. Hancock was one of the eight women sworn into Navy service in October 1948. In June 1953, Hancock retired as a captain from the service. She received many awards for her service, including a Legion of Merit, World War I and World II Victory Medals and a National Defense Service Medal.

After retiring from the Navy, Hancock worked in real estate. She became active in Veteran organizations, such as the American Legion and the National Council of Navy League. Throughout her life, she wrote articles on aviation and naval subjects. They appeared in magazines like Our Navy, Flying and Popular Aviation, Aero Digest and Popular Mechanics.

In 1972, she published her autobiography, “Lady in the Navy: A Personal Reminiscence.” In it, she wrote, “I admit to great pride in having had the privilege of being one of the leaders of an outstanding group of women, the WAVES. To them I shall always owe a debt of gratitude for they, by their performance, loyalty, and dedication and their pride in service, made our accomplishments possible.”

Hancock passed away in August 1986 at the age of 88. She was buried with honors at Arlington National Cemetery in Arlington, Virginia. The Joy Bright Hancock Organization at the United States Naval Academy in Annapolis, Maryland, continues to serve female midshipmen at the academy.