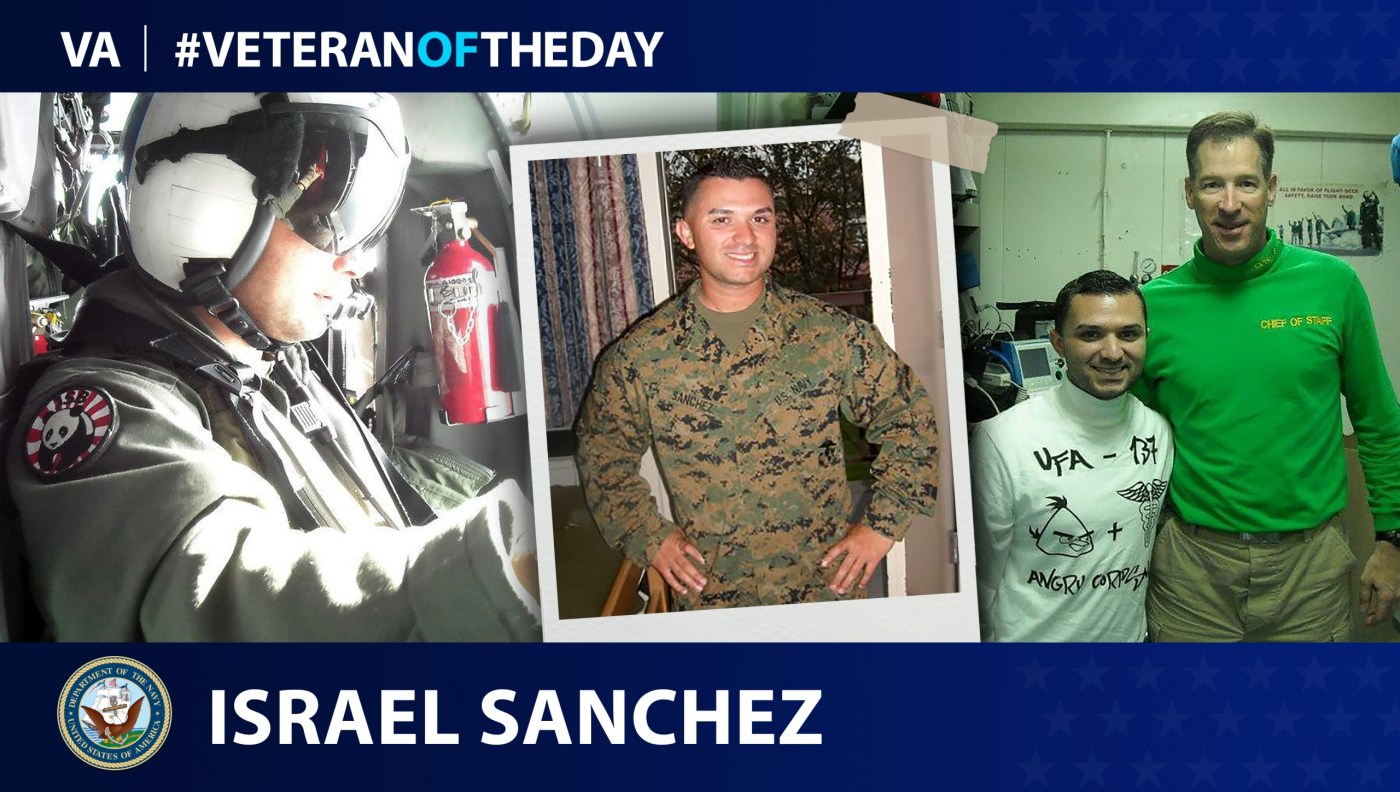 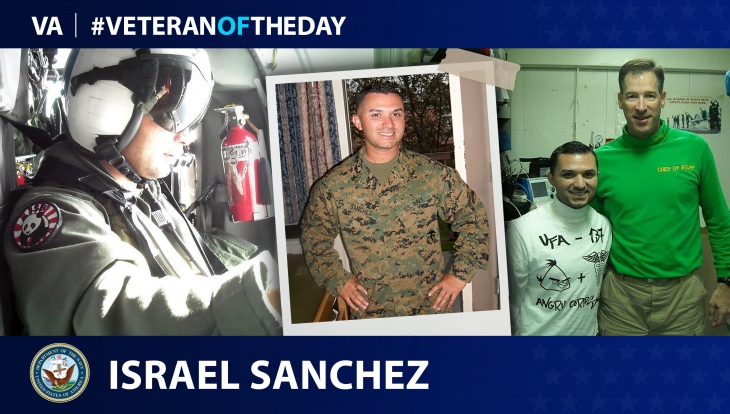 Today’s #VeteranOfTheDay is Navy Veteran Israel “Izzy” Sanchez, who served as a corpsman from 2002 to 2016 and deployed to the Middle East.

Israel “Izzy” Sanchez joined the Navy as a corpsman in 2002. He initially wanted to serve as an aerospace medical technician, but he was inspired to become a nurse by Rear Adm. Rebecca McCormick Boyle at his first assignment at Great Lakes Branch Clinic at Naval Station Great Lakes.

At Naval Station Great Lakes, Sanchez supported Marines and other field units by providing them with medical care. He later transferred to Naval Hospital Lemoore, where he worked as a health lab technician for the Coumadin Clinic, a clinic devoted to providing care for patients taking medication for blood clot prevention.

Sanchez deployed to Carrier Air Wing Two from 2010 to 2011. Immediately following this deployment, he went to sea duty to assist operations in the Middle East until 2012.

Sanchez decided to continue his education following his separation from the Navy. He attended Texas Christian University (TCU) and graduated with his bachelor of science in nursing in 2018. During his time as a TCU student, Sanchez served as a secretary in the TCU Student Veterans Alliance. The TCU Student Veterans Alliance is an organization with a mission to “help Veterans and military-connected students to find the resources they need for academic success at TCU, and to help them with the transition from military members to civilian students.”

Sanchez worked as a registered nurse for several years following his graduation from TCU. He currently works as the director of nursing at Abby Gardens Healthcare Center in San Diego.