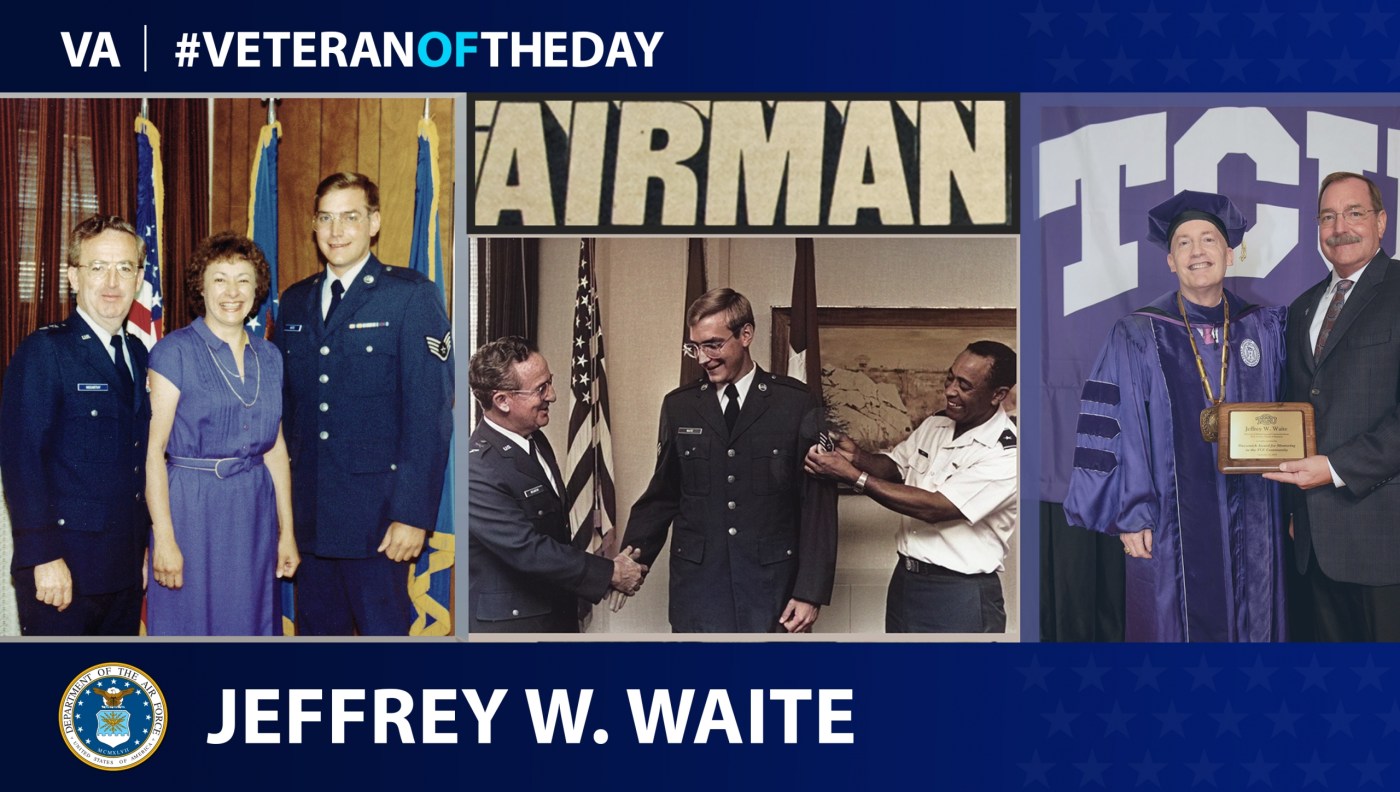 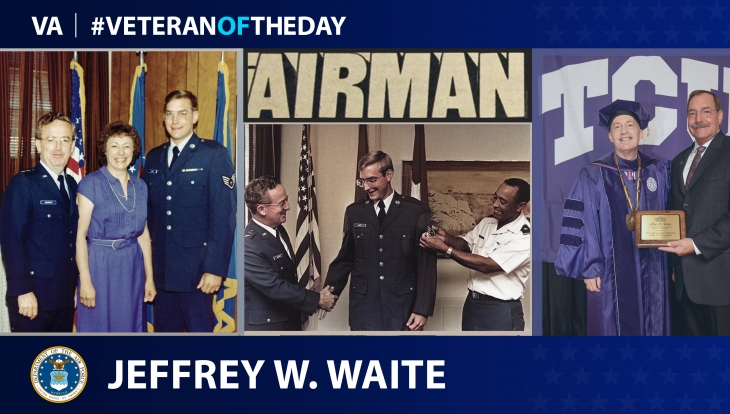 Jeffrey Waite joined the Air Force in June 1978, after graduating high school in New York. First, he served in the public information office of the Air Force Communications Agency. Then, he was stationed as an administrator in the office of the commander at Travis Air Force Base in California.

After gaining administrative experience in California, Waite went to Scott Air Force Base in Illinois, where he served again as an administrator in the office of the commander and an aide-de-camp to the major general.

While he was an active duty service member, Waite attended McKendree University in Illinois. He graduated with a bachelor of business administration in management in 1986.

Waite served with the Community College of the Air Force (CCAF), a community college for active, guard and reserve members of the Air Force at Maxwell Air Force Base in Alabama. At CCAF, he managed, reviewed and designed programs for various associate of applied science degrees.

Waite received an honorable discharge in March 1988. During his military career, he achieved the rank of staff sergeant. He also received Airman of the Quarter in 1980 for outstanding achievement.

After leaving the Air Force, Waite held several roles in the education sector. From 1993 to 2005, he worked as the dean of External Relations at Texas State Technical College. Since 2005, he has been the director of Marketing and Communications for the Neeley School of Business at Texas Christian University (TCU).