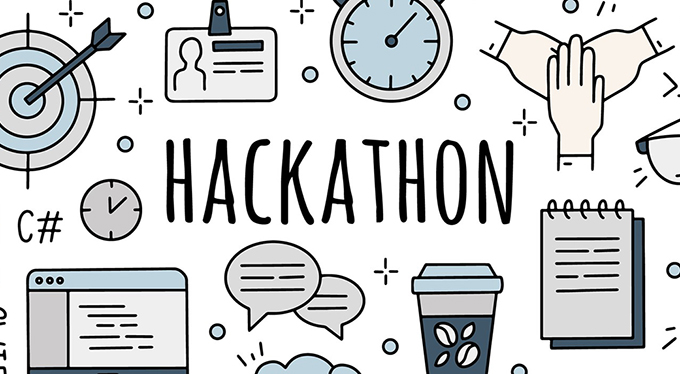 What happens when you bring together passionate public servants, brilliant data scientists, and experienced analysts to collaborate on a problem using the latest cloud-based technology? A hackathon!

In August 2021, VA hosted a data science hackathon focused on a common issue in VA and throughout the healthcare industry: inaccurate medical coding. For those not familiar with the term, medical coding is assigning industry standard alphanumeric codes to medical diagnoses, procedures and services.

VA hosts an array of financial management, professional and administrative services at FSC in Austin, Texas. The FSC is divided into various service groups organized around revenue centers and product lines, including the Data Analytics Service (DAS).

How was the hackathon planned?

A lot happens behind the scenes to pull off an event like this. With the uncertainties of COVID, a planning committee held a daily scrum call and had to be agile pivoting to a virtual event shortly before game time.

The hack teams were made up of a mixed group from VA business lines, Microsoft, Databricks, and DAS (supported by Booz Allen Hamilton). Each team had its own captain, an audit subject matter expert (SME), two data scientists, and two to three data engineers. Each team had access to the OIC business and data owners for questions regarding the use case and the data.

They also had access to support services for technical questions, needs or issues. The audience of over 50 interested parties were engaged with the final team presentations, judging and award.

What happened during the hack?

After a brief kickoff call on the first day of the hackathon, the teams jumped into their respective virtual meeting rooms and began digging into the data. The teams did not have much time to review the data before the event, so initial efforts were to understand the details of the data with assistance from OIC.

The teams took advantage of the new AutoML feature in Databricks that allowed them to quickly generate baseline models to help fast-forward through the usual trial-and-error of selecting the best model – all with a low code approach. This quick model recommendation and development was a game changer for the hack teams to get early momentum.

One of the significant challenges of any data science project is incomplete and messy data. This hackathon was no exception as the hack teams found that the inaccurately coded encounters were a relatively small percentage of the model training dataset which makes prediction more difficult.

The second day had the teams focused on validating their models and preparing for the final tasks, which included running their model against a final test dataset and producing a ten-minute presentation to show their findings and results.

Though we only crowned one winner, all the teams felt like winners because they worked together to hack on a lingering problem that plagues Veterans’ health and benefits.

Many participants walked away remarking on the fun learning experience and thinking of how to incorporate the hackathon process into their daily activities and product design process.

Where do we go from here?

With the recent drastic changes in working conditions, hackathons can provide a healthy way to promote partnerships and drive engagement.

By David P. Fuller is chief of the Data Analytics Division for VA's Financial Services Center