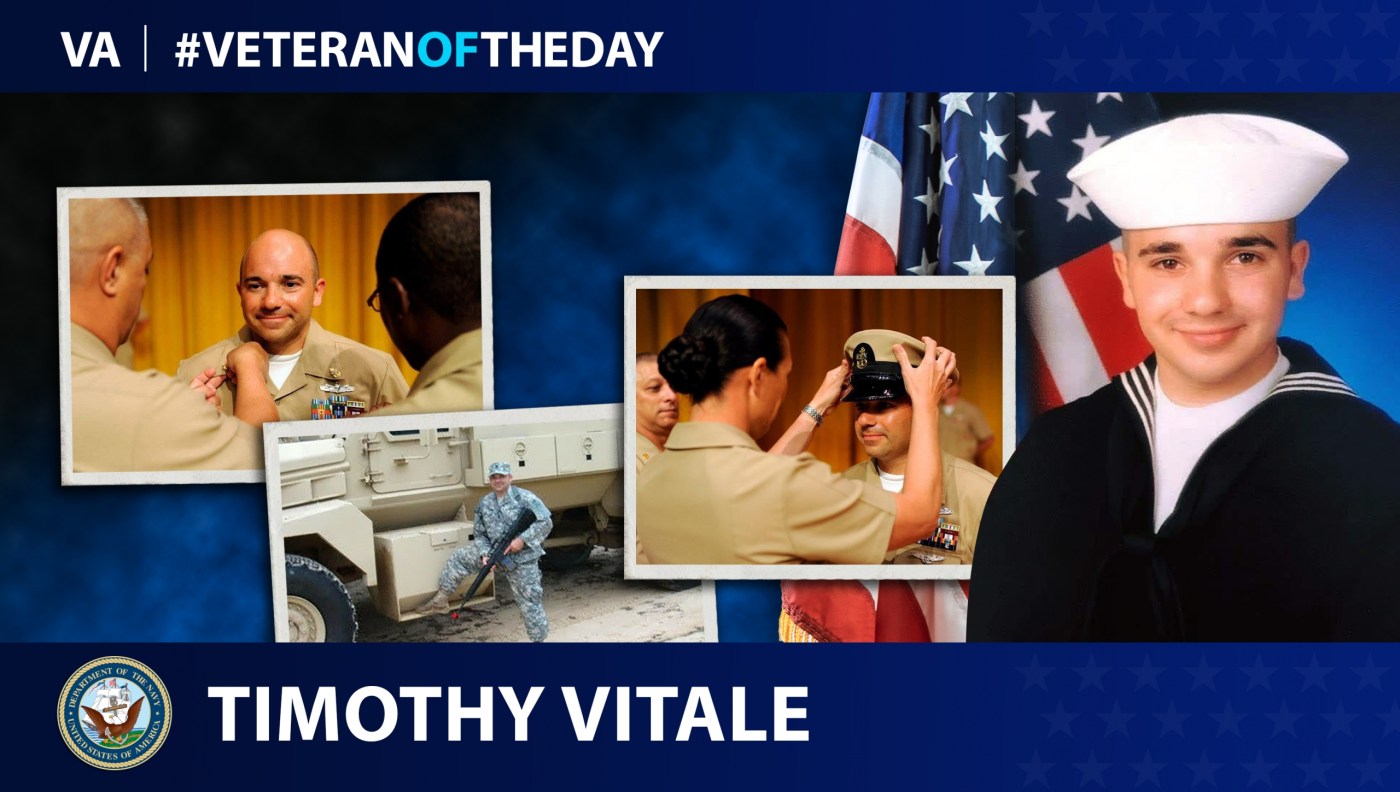 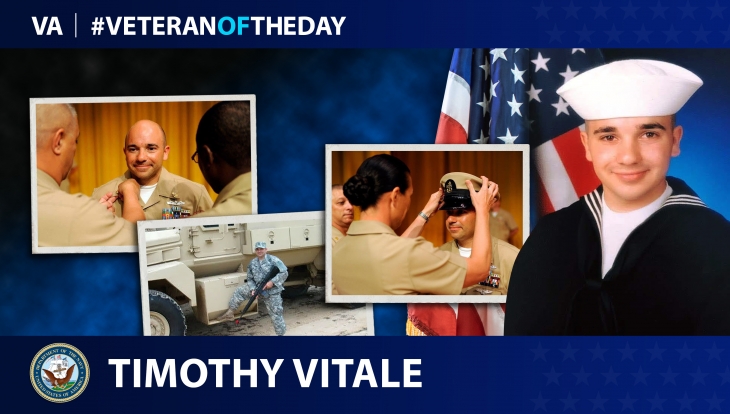 Today’s #VeteranOfTheDay is Navy Veteran Timothy Vitale, who served as a naval intelligence specialist for 20 years.

Timothy Vitale joined the Navy in 1992, after graduating from high school. He served for two years on USS George Washington as an airman apprentice. He left the Navy in 1994 to attend college.

Vitale volunteered again for temporary duty, but this time he went to the U.S. Embassy in Caracas, Venezuela. He spent eight months working with the Drug Enforcement Agency, Federal Bureau of Investigation and Central Intelligence Agency to monitor trafficking and seize illegal drugs.

After his time in Venezuela, Vitale went to Japan from 2002 to 2003. He worked with dozens of other intelligence specialists in a Joint Intelligence Center.

From 2005 to 2008, Vitale served in Miami at U.S. Southern Command, monitoring underground weapons manufacturing and drug trafficking in Cuba.

Vitale deployed to the Expeditionary Strike Group II from 2008 to 2010. Vitale helped monitor global and domestic natural disasters as well as watch for piracy operations. During his time in the Expeditionary Strike Group, Vitale observed a correlation between attempted piracy and moon cycles, which caused the ship to change the way it anticipated the appearance of pirate ships.

Vitale was able to return home to Biloxi, Mississippi, for two years, where he served in a Naval Mobile Construction Battalion, or Seabees, from 2010 to 2012.

Vitale continued to support the Seabees, deploying to Guam from June 2012 to March 2013. He provided intelligence support to the battalion to make sure their efforts to build infrastructure went uninterrupted.

After leaving Guam, Vitale was stationed as the independent duty intelligence officer on USS Philippines from 2013 to 2015. He was the sole intelligence specialist on the ship, responsible for providing all intelligence briefings to the commanding officer. Vitale helped set up surveillance structures to aid in launching Tomahawk missiles towards Syrian targets and performed battle damage assessments after the launch of the missiles.

From 2015 until his retirement in 2017, Vitale worked with the Atlantic Afloat Training Group to train new Navy sailors.

Vitale achieved the rank of chief petty officer during his service. Throughout his 21 years of service, Vitale received Sailor of the Year in 2009, a Joint Service Commendation Medal and seven Naval and Marine Corps Achievement Medals.

Vitale is currently a student at the University of Mississippi hoping to begin a career in law. He is working towards completing the 3+3 Accelerated Law program, a program in which students complete both a bachelor’s degree and a juris doctorate in six years.