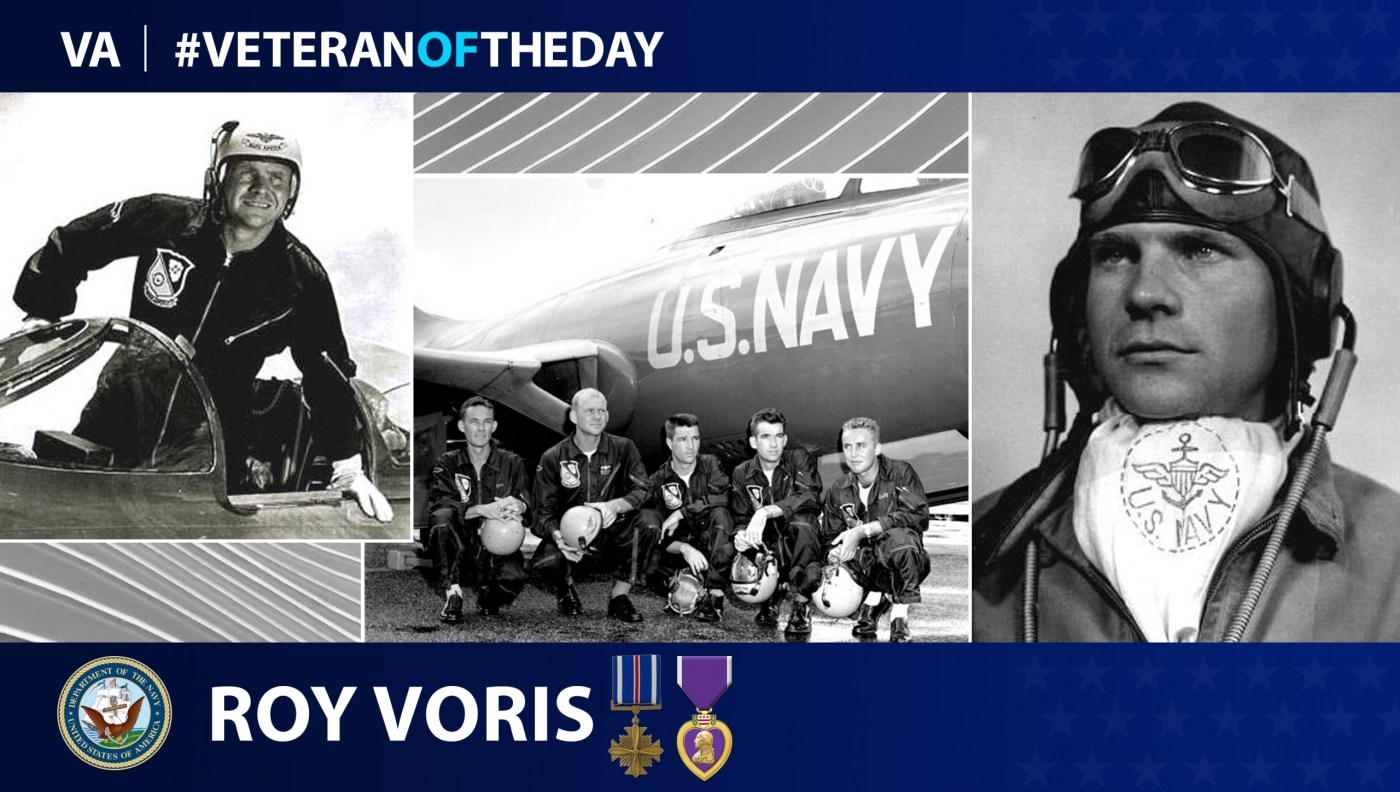 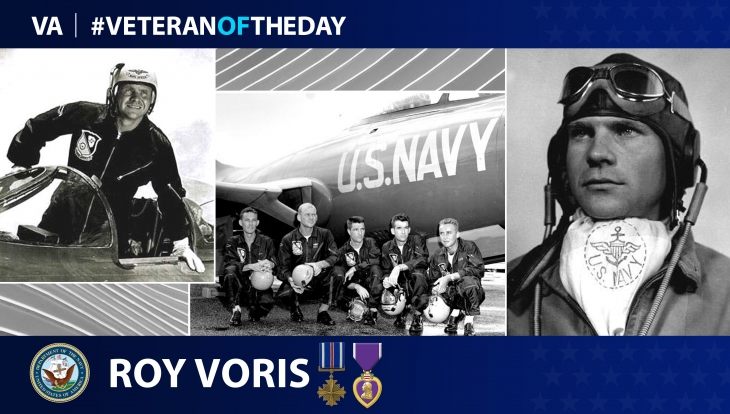 Today’s #VeteranOfTheDay is Navy Veteran Roy Voris, who served as a fighter pilot during World War II and founded the Navy Blue Angels.

Roy Voris was born in September 1919 in Los Angeles. Growing up, he was fascinated by planes and the stories of World War I aces like Eddie Rickenbacker. That is why, after completing high school and junior college, Voris joined the Navy with the goal of becoming a pilot.

In 1941, the Japanese attacked Pearl Harbor while Voris was in pilot training. After the attack, he deployed to serve in the Pacific theater of World War II with Fighter Squadron 10 (VF-10). Voris flew the Grumman F4F Wildcat while serving from the aircraft carriers USS Enterprise and USS Hornet. There, Voris flew in many battles including the battles of Santa Cruz, Guadalcanal and the First Battle of the Philippine Sea.

In 1944, Voris participated in the “Mission into Darkness.” On the orders of Adm. Raymond A. Spruance, pilots took off before the sunset to pursue a Japanese fleet despite knowing many would run out of fuel and be unable to return. While Voris shot down a Japanese aircraft, he barely made it back. Eventually, Voris became an ace after shooting eight Japanese aircraft during his service in the Pacific.

After the war ended, Voris trained pilots at the Naval Advanced Training Command in Naval Air Station Daytona Beach, Florida. During this time, Adm. Chester W. Nimitz was looking to start a flight demonstration team to bolster recruitment and morale in the Navy. Nimitz picked Voris to assemble the team that would later be named the “Blue Angels.”

Once the team assembled, they began training in the Everglades in Florida. Notable for their daring routines, Voris stated, “It’s a type of flying that doesn’t accept many mistakes. It’s practice, practice, practice. Total confidence, total concentration, knowledge and training.”

Voris’ first show occurred in June 1946 in Jacksonville, Florida. Under his watch, the Blue Angels found success performing throughout the U.S. and only stopped when the team deployed to fight in the Korean War in 1950. However, the Blue Angels returned in 1951 when Voris reassembled the team.

In addition to his two stints with the Blue Angels, Voris also commanded two fighter squadrons and a carrier air group. He retired from the Navy in 1963 at the rank of captain. During his service, he received three Distinguished Flying Crosses, a Purple Heart, 11 Air Medals and three Presidential Unit Citations.

In retirement, Voris helped develop the F-14 Tomcat while working as an executive at Grumman Corp. He also became NASA’s spokesperson during the Apollo Moon missions.

Voris passed away in 2005 due to ill health.