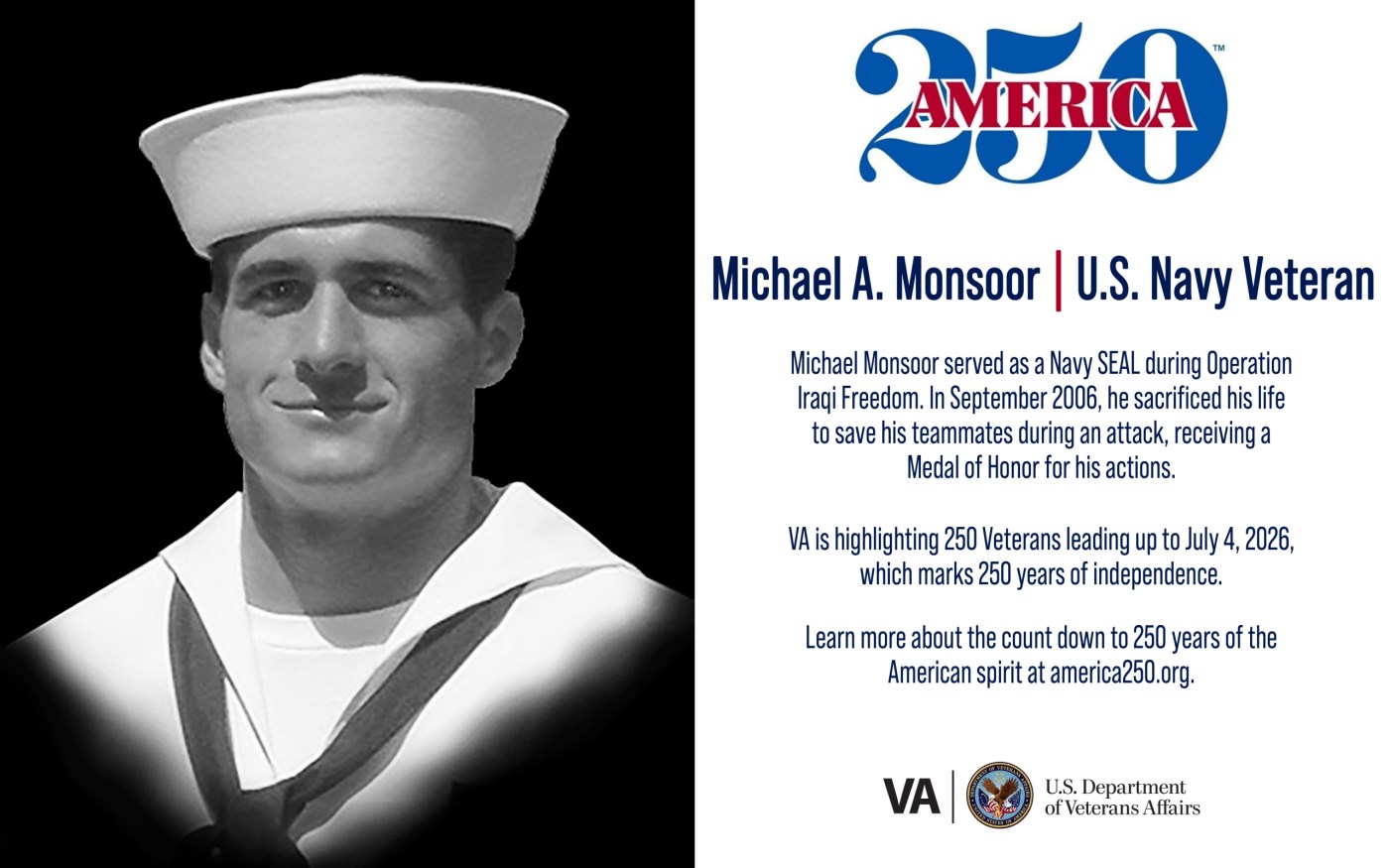 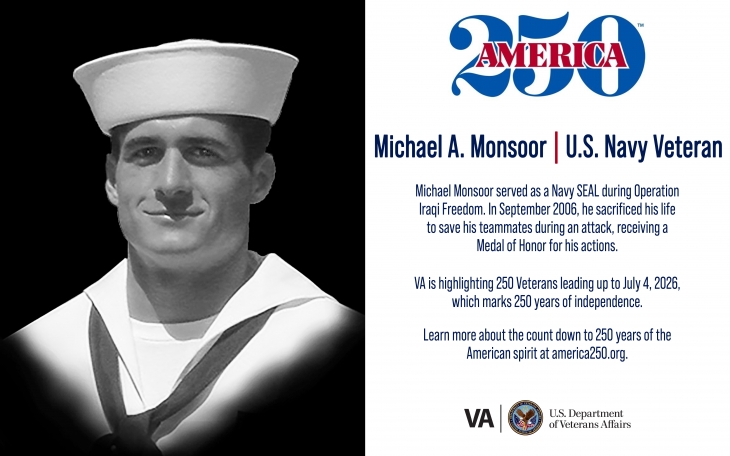 Michael Monsoor came from a military family. His grandfather had served in the Navy, while his father and older brother had joined the Marine Corps. Following his graduation from high school in 1999, Monsoor enlisted in the Navy in March 2001. He attended basic training at Naval Station Great Lakes in Illinois and took on quartermaster training. He did a short assignment as a master-at-arms based in Sigonella, Sicily, before volunteering to become a Navy SEAL. Monsoor started Basic Underwater Demolition/ Sea, Air and Land training (BUD/SEAL) in March 2004 but had to postpone further training due to an injury. Once recovered, Monsoor took on parachute, cold weather combat and additional SEAL training at bases in California, Alaska and Georgia. After he qualified as a Navy SEAL in 2005, Monsoor joined Delta Platoon, SEAL Team 3.

During the spring of 2006, SEAL Team 3 deployed to Ramadi, Iraq, in Anbar Province as part of Operation Iraqi Freedom. They were assigned to Task Unit Bravo, part of the U.S. Army 1st Battalion, 506th Infantry Regiment. According to a 2010 article on the Defense Media Network, SEAL Team 3 watched over the Mulaab area, one of the most vicious neighborhoods in Ramadi. Monsoor worked as an automatic weapons gunner and communications operator.

“To be truthful, I thought [Monsoor] was the toughest guy in my platoon,” Navy Lt. Cmdr. Seth Stone said in a 2008 Stars and Stripes article. He had commanded Monsoor’s unit in Ramadi and noted that Monsoor would never complain about work, even when he was tasked with carrying heavy weapons that would heat up to 150 degrees during the day.

In May 2006, Monsoor risked his life to save a wounded teammate despite being under heavy enemy fire. For his actions, he received the Silver Star. On Sept. 29, 2006, Monsoor and his team engaged with enemy insurgents as part of Operation Kentucky Jumper. In the morning, they had secured an enemy-controlled building and fought off rocket-propelled grenades and small arms fire. Since they expected increased activity later in the day, Monsoor took a rooftop position with his machine gun between two teammates to watch over the team.

“All of a sudden,” Monsoor’s team leader Lt. Cmdr. Michael Sarraille remembered in a 2019 Military News article, “a grenade came over the lip of the wall, barely cleared the wall and hit Mikey right in the chest. … It fell to the ground. I was to his right three feet, seated, and Doug Wallace was to his left three feet, also seated on the ground. Of the three of us, Mikey probably had the greatest chance of survival. All he had to do was turn the other direction, jump and he would have lived. … But due to Mikey’s character and his quick train of thought, he knew that if he chose self-preservation, which is sometimes needed on the battlefield, Doug and I would most likely perish, and he was right.”

Monsoor threw himself onto the grenade, which then went off. His actions saved the lives of two of his teammates, who received injuries but survived the attack. The explosion mortally wounded Monsoor, who died shortly after.

“He never took his eye off the grenade,” remembered one of Monsoor’s unit who was there during the attack. “His only movement was down toward it. He undoubtedly saved mine and the other SEALs’ lives, and we owe him.”

Monsoor’s remains were brought back to the U.S., and he was buried at Fort Rosecrans National Cemetery in San Diego, California. In 2008, he posthumously received a Medal of Honor. Monsoor was the third service member in the Iraq War and the first from the Navy to receive the award. President George W. Bush presented a medal to Monsoor’s relatives in April 2008. Plans for a newly commissioned guided missile destroyer to be named USS Michael Monsoor in Monsoor’s honor were also unveiled. The Navy commissioned the ship in 2019.

Monsoor ended his service as a petty officer second class. He received many awards in addition a Medal of Honor, including a Silver Star and Purple Heart.

“As a SEAL, one of the greatest accolades you can have is being known as reliable,” Sarraille stated. “Reputation in the SEAL teams is everything. It starts day one of Basic Underwater Demolition School. Especially if you’re a quiet guy who just performs, your reputation skyrockets, and Mikey was that guy. He was dependable, especially in a firefight in the streets of Ramadi. … When Mikey was to your side, you felt safe.”