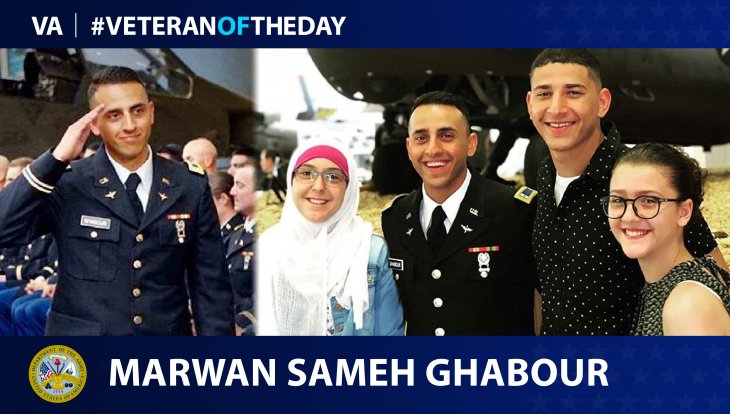 Marwan Sameh Ghabour grew up in Arlington, Massachusetts. He attended Arlington High School and graduated in 2010. While in high school, he participated in the soccer and wrestling teams. In a statement given to CBS Boston, principal Dr. Matthew Janger remembered Ghabour as “a student committed to service.”

Ghabour went on to attend Boston Architectural College and graduated in 2016. During his time there, he discovered a passion for flying and took lessons in his free time. After briefly working at CBT Architects, Ghabour decided to enlist in the Army to become a pilot. During an interview with the Boston Globe, Ghabour’s younger brother Muhaned said he joined the Army because “he wanted to be part of something greater than himself, serve this country and help as many people as he [could].”

In 2018, Ghabour commissioned as a warrant officer. In January 2020, he arrived in Egypt for his first overseas assignment. There, he served as a UH-60 Black Hawk pilot on a peacekeeping mission under Task Force Sinai. On Nov. 12, 2020, a mechanical failure caused Ghabour’s helicopter to crash. Ghabour, four of his fellow American as well as a French and Czech service member died.

Ghabour is remembered fondly by his family, friends and community. “My brother was honestly such a caring, compassionate person. He really stood by his morals and loved helping people,” Muhaned Ghabour told 7News Boston.

In his time in the military, Ghabour received a National Defense Service Ribbon, an Army Service Ribbon and an Army Aviation Badge