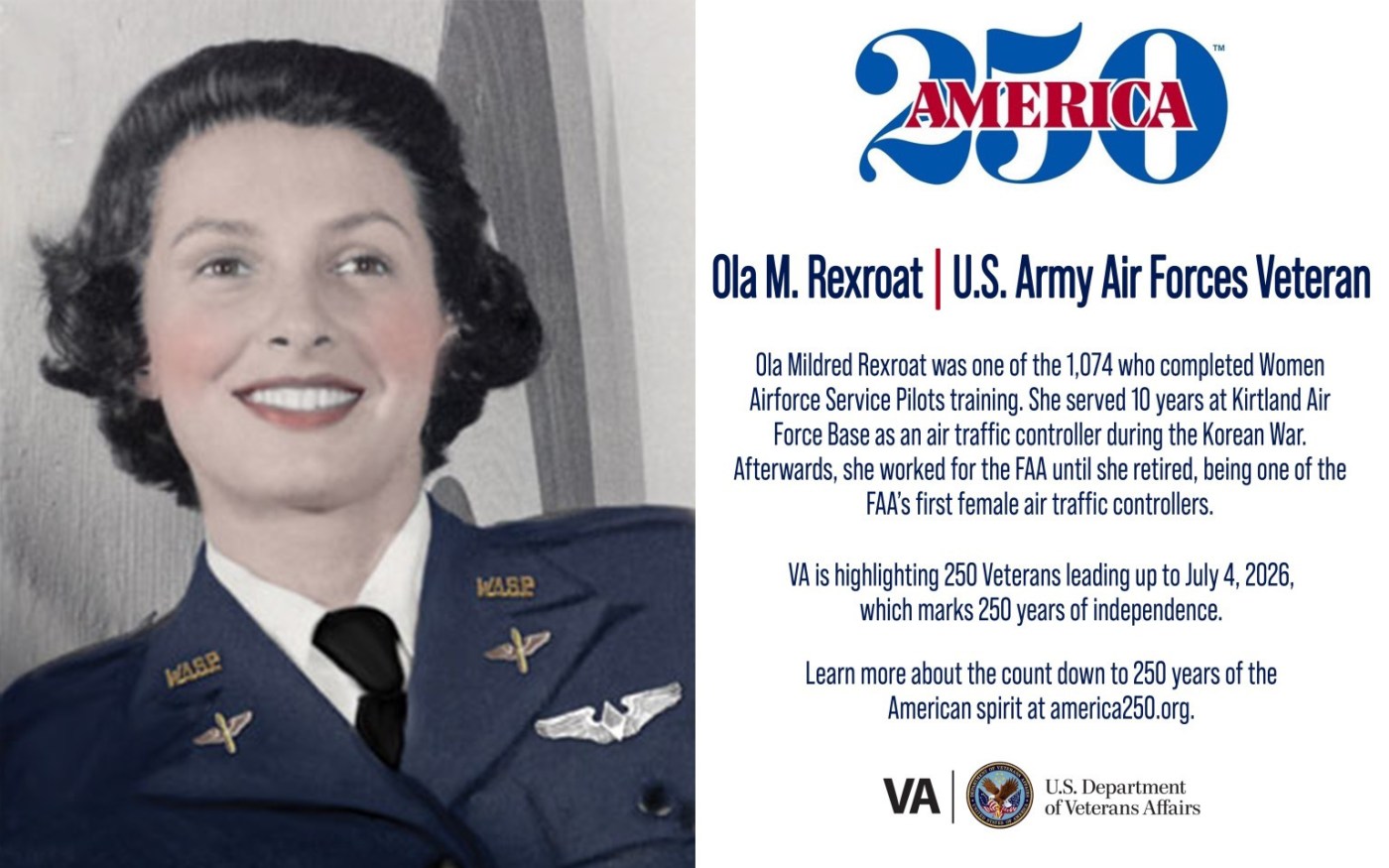 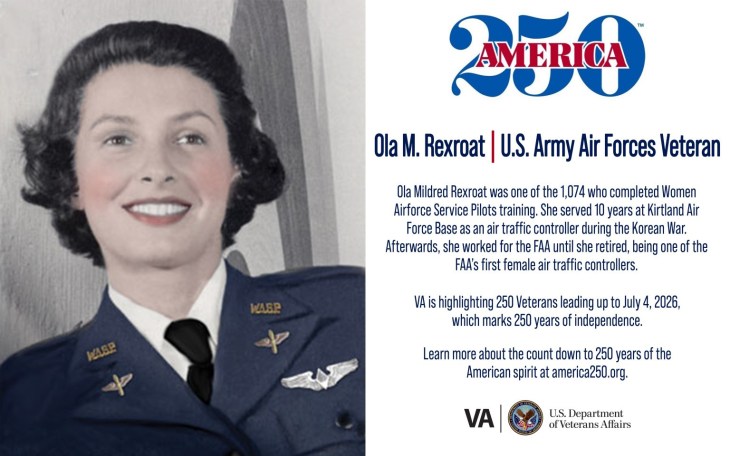 This week’s America250 salute is Army Air Forces Veteran Ola Rexroat, the only Native American to serve as a Women’s Airforce Service Pilot.

Of the over 25,000 women who applied to train for the Women Airforce Service Pilots (WASP), Ola Mildred Rexroat was truly unique. She one of the 1,879 women accepted into the program and one of the 1,074 who completed the program’s training. She was WASP’s only Native American member.

Rexroat was born in 1917 to an Oglala mother in Kansas. Her father was a publisher, so Rexroat spent much of her early years moving to different parts of the country. Her family often stayed at the Pine Ridge Reservation in South Dakota, spending time with her grandmother, who was an Oglala-Lakota Indian. She subsequently went to school in Springfield, South Dakota. She also attended Chadron State Teachers College in Nebraska, and graduated from the University of New Mexico in Albuquerque in 1939.

When the U.S. formally entered World War II, Rexroat was determined to serve her country. Initially, she preferred joining the Marine Corps and sent a telegram to the branch asking for details on how to join. She did not get a satisfactory response and looked for other ways to serve.

In a 2009 interview, Rexroat said she decided to pursue a field related to flying because, “I didn’t even know how to drive a car. And I thought…if I could do something like fly…”

Determined to join the WASP and fly for the military, Rexroat started flying lessons at a nearby airport. After accumulating 35 hours of flight time, she applied to the WASP.

Rexroat passed the grueling training program at Avenger Field, Texas, and alongside 1,073 other women pilots, received her wings.

After graduating from training, Rexroat served at Eagle Pass Army Airfield in Eagle Pass, Texas. There, she performed a variety of duties, ranging from flying military personnel to transporting cargo. Notably, one of her duties included the dangerous job of flying an aircraft and towing targets for student gunners to practice their aim.

Throughout her time being part of this exclusive club of American pilots, Rexroat’s fellow WASPs often cheered her on as “Sexy Rexy.”

When the WASPs disbanded in 1944, Rexroat worried she would never fly again.

For her service, Rexroat, along with the rest of her fellow WASPs, received Congressional Gold Medals in 2009.

Rexroat died in 2017 at the age of 99. Shortly after, on Oct. 2, 2017, Ellsworth Air Force Base renamed its airfield operations building in her honor.