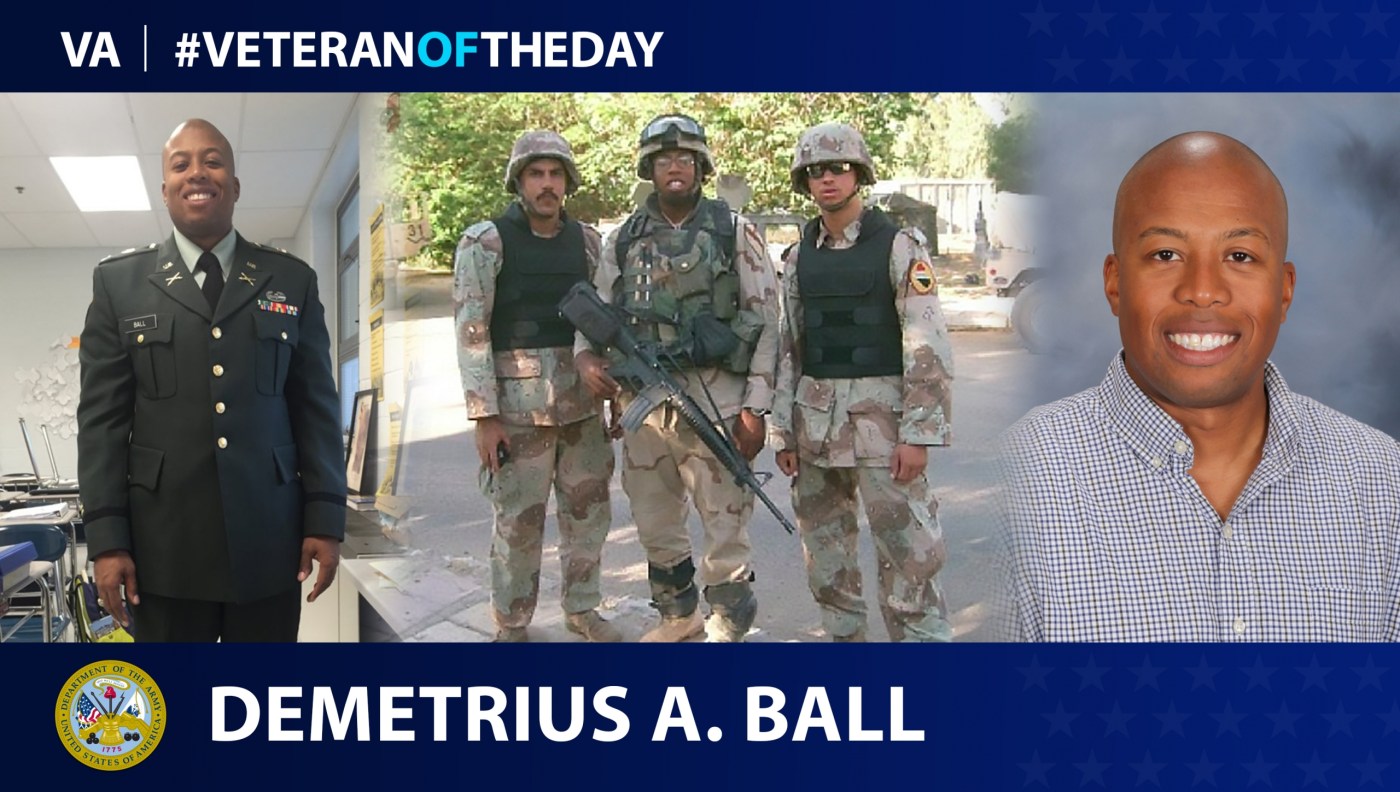 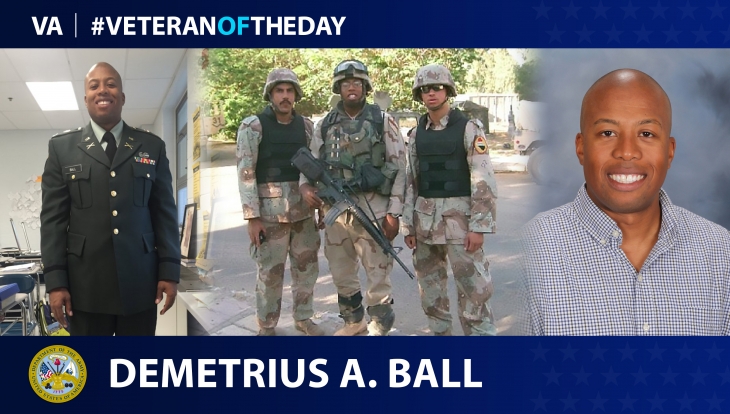 Today’s #VeteranOfTheDay is Army Veteran Demetrius A. Ball, who served as a field artillery officer during Operation Iraqi Freedom.

Demetrius A. Ball was born in 1979 in Ashtabula, Ohio, and was an avid football player growing up. After West Point scouts noted Ball’s athletic ability, he was offered a spot on their football team and joined the military as a cadet in 1998. In an article featured on PBS, Ball fondly recalled his role in the Army’s historic 2001 win over the Navy. After receiving a degree in environmental engineering, Ball  commissioned as a second lieutenant in 2002.

Ball was a field artillery officer and led a platoon of artillerymen from the 3rd Cavalry Regiment. He deployed to the Middle East with 1st Cavalry in 2004. After a few weeks training in Kuwait, he arrived in Baghdad to aid in operations within the city. Although Ball’s unit was intended to provide fire support from far behind the lines, their primary mission in Baghdad was to patrol neighborhoods and protect government buildings. Ball recalled in a Library of Congress interview that their impromptu mission allowed plenty of interactions with local people but also put them in harm’s way of rockets and ambushes.

Midway through his tour, Ball’s unit went to Fallujah to support Marine operations to clear the city of insurgent fighters. The Battle of Fallujah included some of the most bitter fighting of the war, so Ball and his men were busy supporting the Marines as they moved through the city. Ball returned home in 2005 and, after a second deployment to Kuwait, honorably discharged as a captain in 2007.

As a middle school principal in California, he kept a photo of his platoon stuck above his whiteboard in class. When he reflected on his time in the Army and in combat, he noted how much the military taught him.

“You learn a lot about yourself through the different challenges you face.”