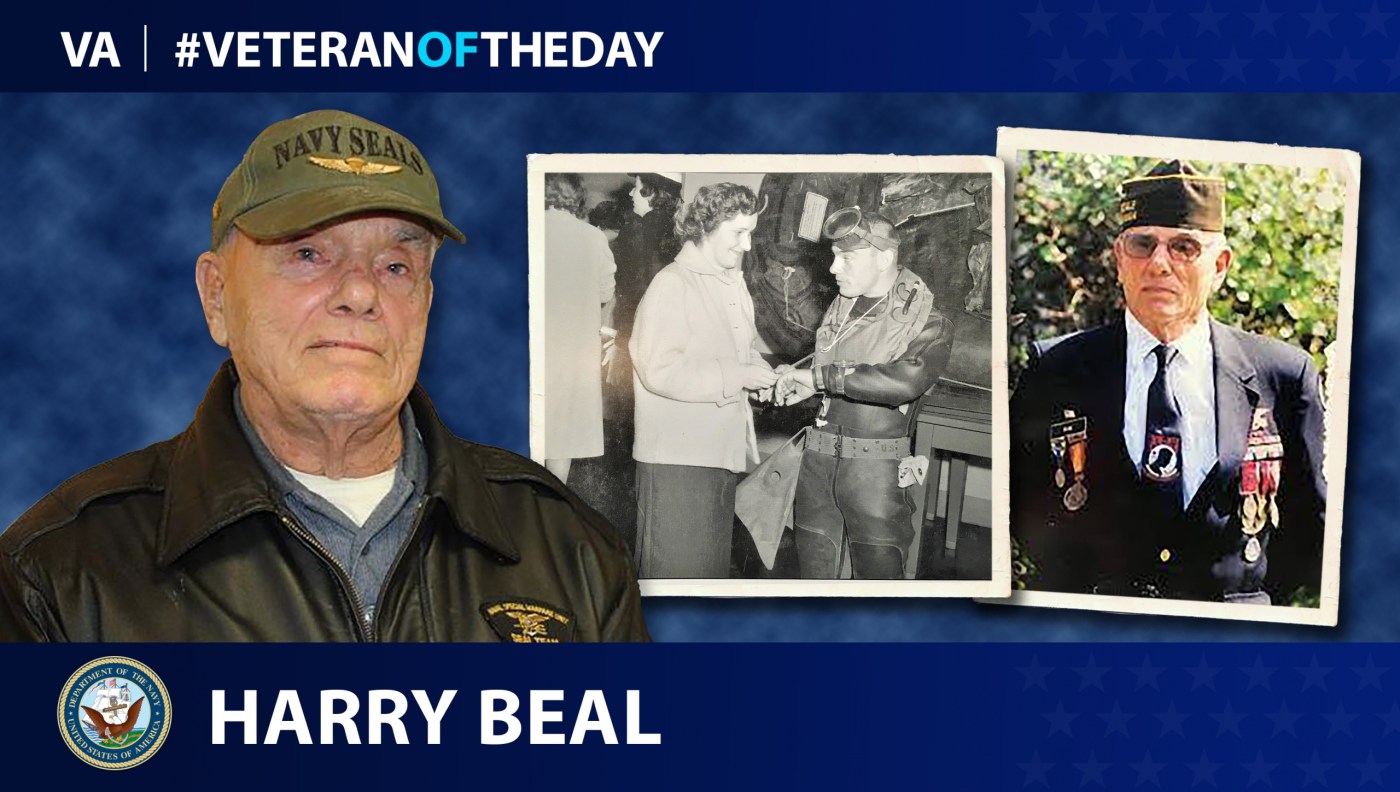 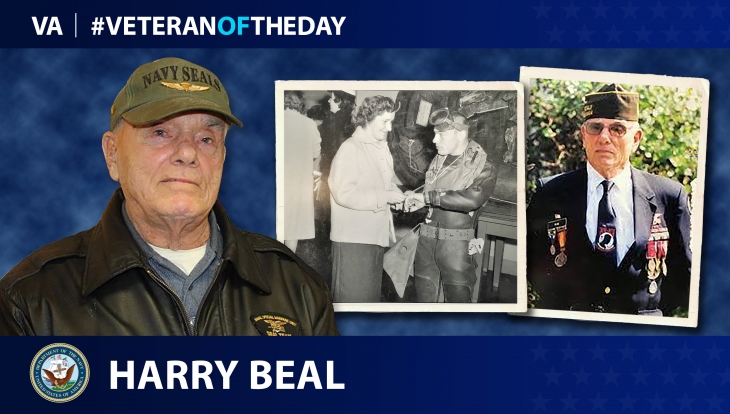 Today’s #VeteranOfTheDay is Navy Veteran Harry Beal, who was one of the first Navy SEALs and served as an underwater demolition team instructor.

Originally from Mayersville, Pennsylvania, Harry Beal’s father was a coal miner, and he wanted his son to become one too. But Beal chose instead to enlist in the Navy in 1948 and attended basic training in Great Lakes, Illinois. His first assignment was as a gunner’s mate on USS Shenandoah. Though the Korean War started during his assignment, the ship did not go into combat. When Beal’s enlistment was ending, he was offered a cash bonus to re-enlist.

In 1955, Beal volunteered for the underwater demolition teams (UDT). UDTs, also known as frogmen, specialize in pre-invasion beach reconnaissance and blowing up sea mines and submerged obstacles. Beal was stationed at the Naval Amphibious Base in Little Creek, Virginia. In 1962, President John F. Kennedy visited the base.

“He [Kennedy] was talking to us just like I’m talking to you,” Beal remembered in a 2015 Cumberland Times-News article. “He said, ‘We want 50 guys in each team. SEAL Team One will be on the West Coast (Coronado, California) and SEAL Team Two on the East Coast (Little Creek).’” Beal was the first to volunteer for the job and became the first Navy SEAL.

After rigorous training, Beal went to South Vietnam to teach the South Vietnamese Army underwater demolition and escape tactics. He also served as an M-60 door gunner on a helicopter gunship. In addition, he worked as part of the retrieval team that brought John Glenn out of the space capsule following the 1962 Friendship 7 Mission. In 1963, Beal returned to Little Creek and became an underwater demolition instructor.

Beal retired from the Navy in 1968 at the rank of petty officer first class. Then, he began working for the Pennsylvania Department of Transportation in 1970. However, later in his life, Beal began to struggle with post-traumatic stress disorder.

“Post-traumatic stress is a real thing and in those 15 years I didn’t understand that some men were fighting this battle every day,” he said. “War is not like it is portrayed in the movies. Soldiers come home and fight to find a way to stop the pain. I didn’t understand the effects it has on a person.”

After retiring in 1990, Beal was active as a speaker in the Meyersdale community. He and his wife Margie had four sons, five grandchildren and nine great-grandchildren.

“[The Navy] was the best thing that ever happened to me,” Beal stated in a 2021 article from Coffee or Die Magazine. “My dad wanted me to go into the coal mines but decided to sign me up for the Navy instead. It changed my life.”