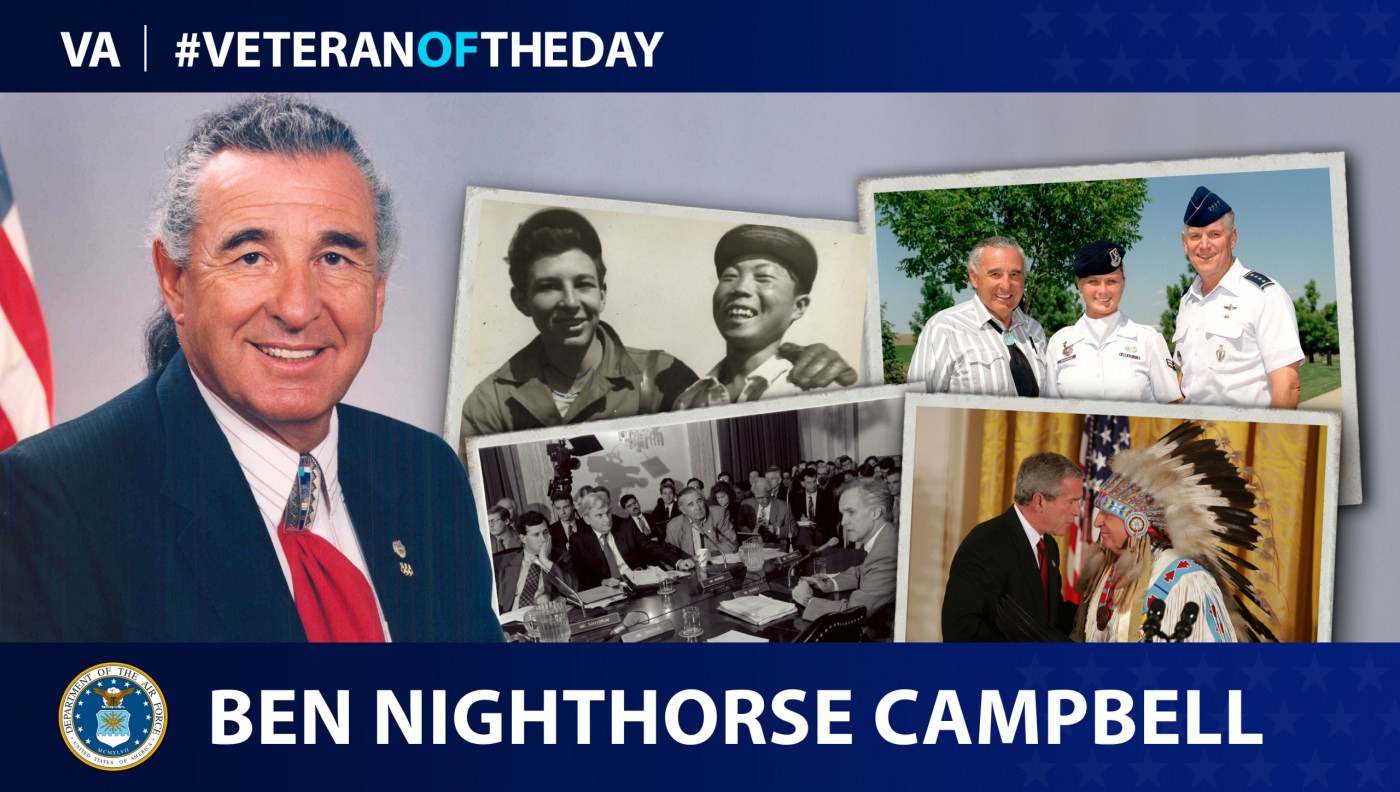 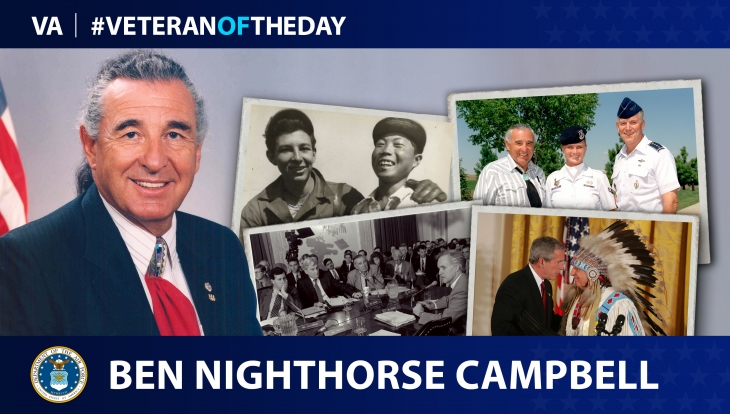 Ben Campbell was born in Auburn, California, in April 1933. Campbell had a difficult childhood; he had an absent father and a mother who was frequently hospitalized with tuberculosis. As a result, Campbell spent much of his youth either in orphanages or on the streets. Lacking adult supervision, Campbell developed into a juvenile delinquent, arrested for drunk driving and theft. While working as a fruit picker, he met some Japanese friends who taught him judo. Campbell would later say that practicing the sport kept him “off the streets and out of jail.”

Campbell dropped out of high school to join the military and served overseas during the Korean War. While serving in the Air Force from 1951 to 1953, he earned his general equivalency diploma and rose to the rank of airman second class. After the war, Campbell returned to California and attended San Jose State University. He graduated in 1957 with a bachelor’s degree in physical education and fine arts.

After college, Campbell moved to Tokyo, Japan, where he spent four years practicing judo and studying at Meiji University. Campbell competed in the 1964 Olympic Games as captain of the U.S. judo team and later worked as a teacher, a rancher and a jewelry designer. He also adopted the middle name “Nighthorse” as a way to honor his Cheyenne heritage.

Campbell moved to Colorado in 1977 and became involved in state politics by accident. Unable to fly a shipment of his jewelry to the West Coast due to bad weather, Campbell instead visited a local political meeting because he thought a friend might be there. Party leaders in attendance were seeking a candidate for the upcoming election and persuaded Campbell to run for office. In 1982, he was elected to the Colorado State Legislature, beginning a political career that would last over two decades.

As a member of Congress, Campbell developed a reputation for his charismatic personality and diverse background. He worked to establish the National Museum of the American Indian at the Smithsonian Institution and was the first Native American to serve as chairman of the Senate Committee on Indian Affairs.

Campbell served two terms in the Senate, retiring from Congress in 2005.