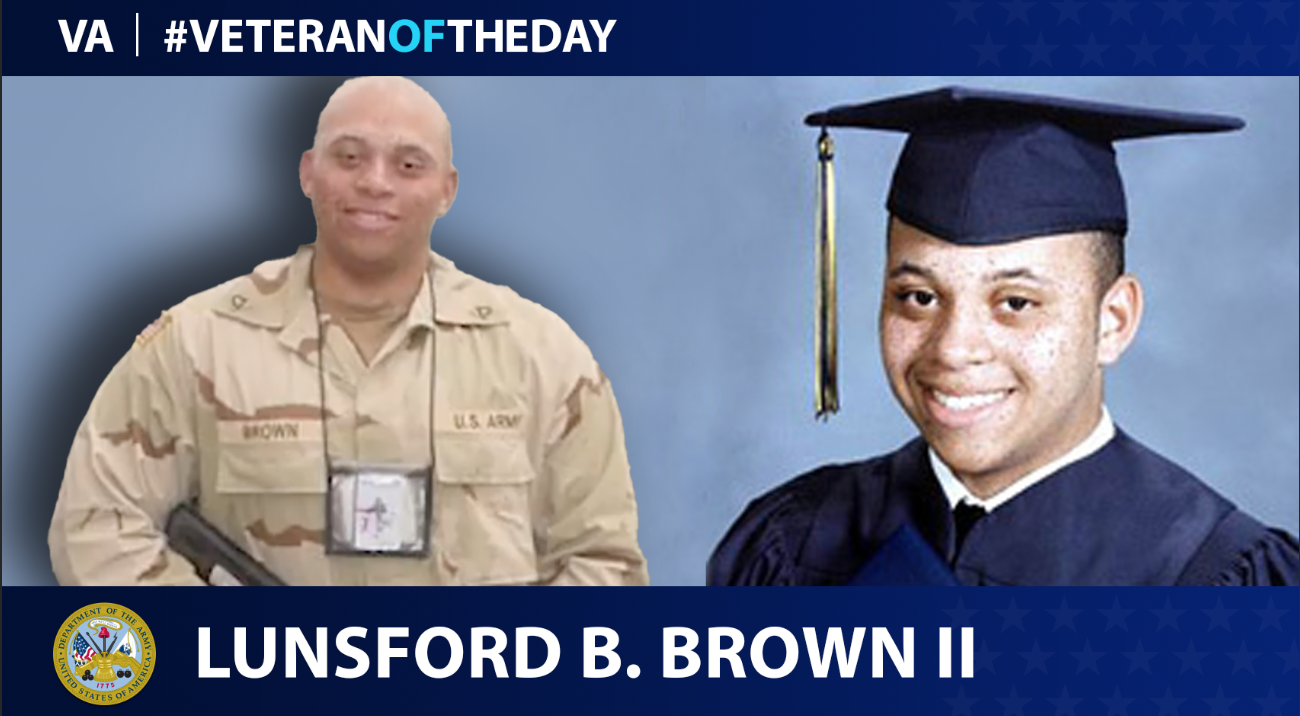 Today’s #VeteranOfTheDay is Army Veteran Lunsford B. Brown II, who served as an electronic intelligence interceptor and analyst in Iraq.

From Henderson, North Carolina, Lunsford B. Brown II attended Northern Vance High School. He was a football player known for his hard work and determination on and off the field. His friends and family called him “Deucey.” Brown’s family has a long line of history in the military. Three of his uncles served in the Vietnam War, and his grandfather served in World War II. Naturally, Brown enlisted when he was 18.

After graduating high school, Brown attended North Carolina Agricultural and Technical University in Greensboro, North Carolina. In college, he prioritized his military training by continuing in the ROTC program. While studying here, Brown met his wife, Sherrie. The pair married in 2001, before Brown shipped off to basic training.

He served in Germany with Army intelligence when Al-Qaeda terrorists attacked the Twin Towers. A year later, Brown went to Iraq to combat terrorists in the War on Terror. Brown was assigned to A Company, 302nd Military Intelligence Battalion, where he served as a specialist in the U.S. Army. He primarily served as an electronic intelligence interceptor and analyst.

On Sept. 20, 2003, in Abu Ghraib, Iraq, a mortar shell hit Brown’s battalion outside of an Abu Ghraib prison, near Baghdad. By chance, Brown had absorbed a majority of the shrapnel and inherently saved the lives of 11 other soldiers. He was 27.

His wife, Sherrie, and his daughter, Amber, who he never got the chance to meet, survived him. Brown’s parents, sister and brother, Jason Brown, a former Rams NFL player, also survived him.

In 2015, his family created a Vance-Granville Community College scholarship for students who are enrolled in the Simulation and Game Development degree program. His mother, Deborah Brown, stated, “Lunsford loved video games, so I could see him enjoying and excelling in a program like that.” His family remembers him as a cherished brother, husband, father and uncle.